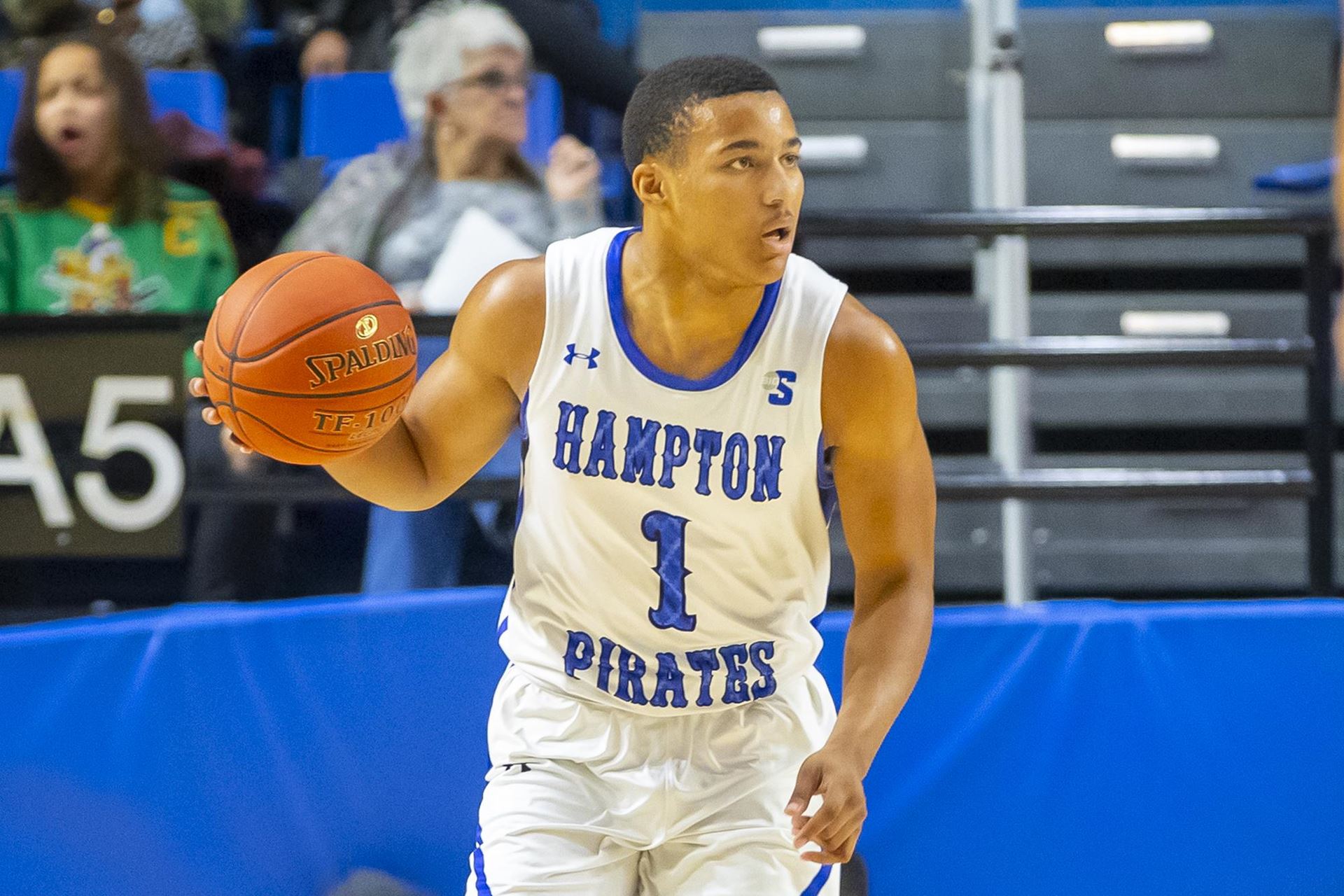 North Carolina A&T jumped ahead early, taking a seven-point lead early in the first half, 22-15. Although they enjoyed their largest lead of the game, the sharpshooting from Godwin and Dean fueled the Pirates to storm back and eventually take a 43-37 lead at the half. The Pirates a scorching 59.3 percent from the field and 66.7 percent from three-point land in the first half.

Hampton continued to stay red-hot, shooting their way to a 21-point lead, their largest of the game, with 9:38 to go. North Carolina A&T would trim down the deficit, but their comeback attempt was too little too late as Hampton rolled to victory. The Pirates would finish the game shooting 61.7 percent from the field and 68.8 percent from three.

The Pirates are back on the road Saturday, February 19 to take on the Longwood Lancers and NC A&T heads to Buies Creek to take on Campbell.