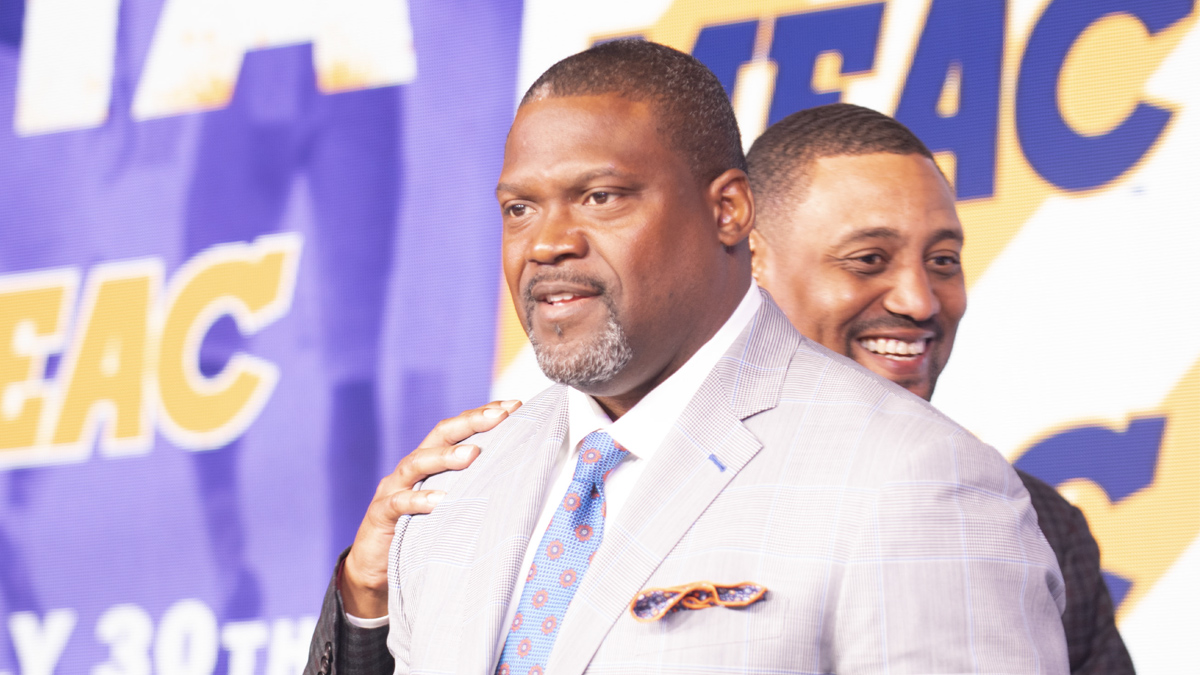 Tyrone Wheatley headed to the NFL, per report

A report has Morgan State head coach Tyrone Wheatley taking an NFL job and leaving his post behind.

Morgan State head coach Tyrone Wheatley appears to be running back to the NFL.

The Denver Broncos are reportedly set to hire Wheatley as its next running backs coach, per on3Sports.

Wheatley just completed his second season at Morgan State with a 2-9 record. He’s 5-18 overall since starting his tenure at the Baltimore HBCU in 2019 as Morgan State did not compete in 2020 nor the spring of 2021.

The highlight of Wheatley’s tenure came in his first season when MSU took down then-MEAC power North Carolina A&T at home. Last season, MSU took down Delaware State at home on national television and finished the season with a 28-21 win over Georgetown in the season finale.

Wheatley’s recruiting philosphy has seen the program recruit a lot of prospects from outside the local area. He’s also been critical of the high school prospect rating system as well.

This would be Wheatley’s third stint as an NFL coach. He spent two seasons under head coach Doug Marrone as the running backs coach for the Jacksonville Jaguars from 2017 through 2018. He also coached under Marrone with the Buffalo Bills in 2013 and 2014. During his time with the Bills, he mentored pros like Fred Jackson and C.J. Spiller. The Bills averaged 3.7 yards per rush in 2014, and 4.2 yards per rush in 2013.

Morgan State, meanwhile, appears to be in the market for a head coach for the fifth time in less than a decade.

Tyrone Wheatley headed to the NFL, per report