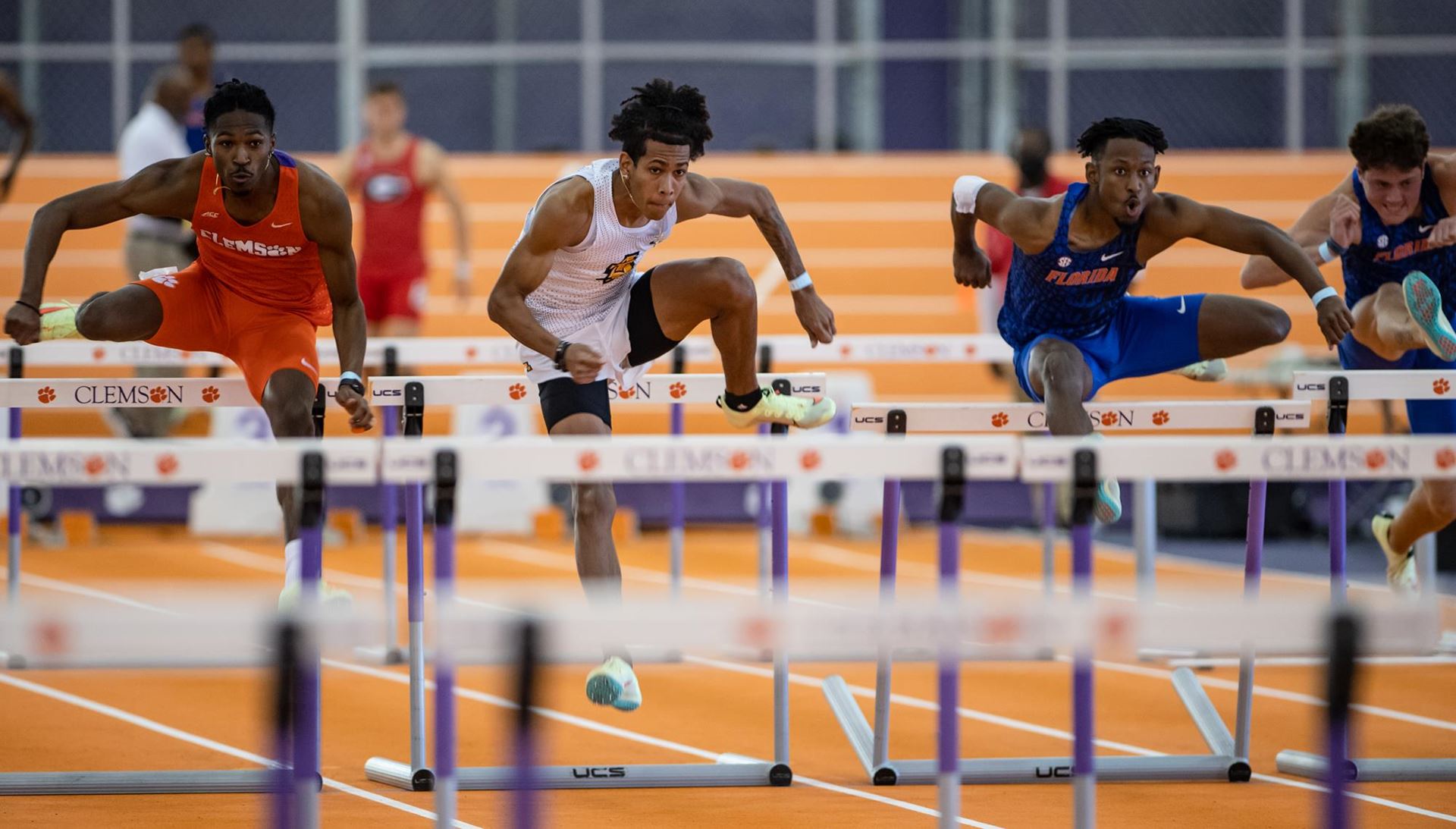 CLEMSON, S.C. – On a day where many of the top men’s and women’s indoor track and field teams were present, NC A&T Track displayed why they are considered one of those elite squads.

The Aggies had a day where an athlete broke a facility record. Another athlete tied a world record. Yet another Aggie ran the second-fastest women’s 60-meter hurdle in collegiate history during the first day of the Tiger Paw Invitational hosted by Clemson University at the Clemson Indoor Track and Field Complex.

It was a day that deserved multiple shouts of Aggie Pride!

Olympic gold medalist and NC A&T Track junior Randolph Ross, Jr., won the men’s 400 meters in 44.83. But it was much more than a first-place finish.

Ross Jr., who came into the weekend already ranked No. 1 in the 400 with a 45.37, lowered the world’s fastest indoor 400m time this year with his performance.

An entire month ahead of the NCAA Track and Field Indoor Championships, Ross Jr’s 400 time on Friday is the fastest recorded this early in the season. His 43.85 national championship-winning time at the 2021 NCAA outdoor championships is ranked third, making him one of the best 400m runners of all-time, indoor or outdoor.

Freshman Leonard Mustari also had a fantastic day. Mustari won the men’s 60mh with a time of 7.55. He tied the Under-20 world record, sharing the mark with Liu Xiang, who ran his time in 2002. Mustari is ranked second in the nation in hurdles.

A&T’s wonderful day also included graduate Paula Salmon breaking the school record for the third time this season in the women’s 60mh. Each time she broke the record, it was at Clemson.

In the women’s 60m, senior Symone Darius placed second (7.27), just fractions of a second behind Texas’s Julien Alford. On the men’s side in the 60, senior Tavarius Wright placed in 6.63 seconds. It was his best performance of the season, and it could move him into the top-20 nationally.

Senior Daniel Stokes finished in fifth behind Ross Jr. in the 400 with a personal-best 46.50.

The Aggies return to action at Clemson on Saturday.