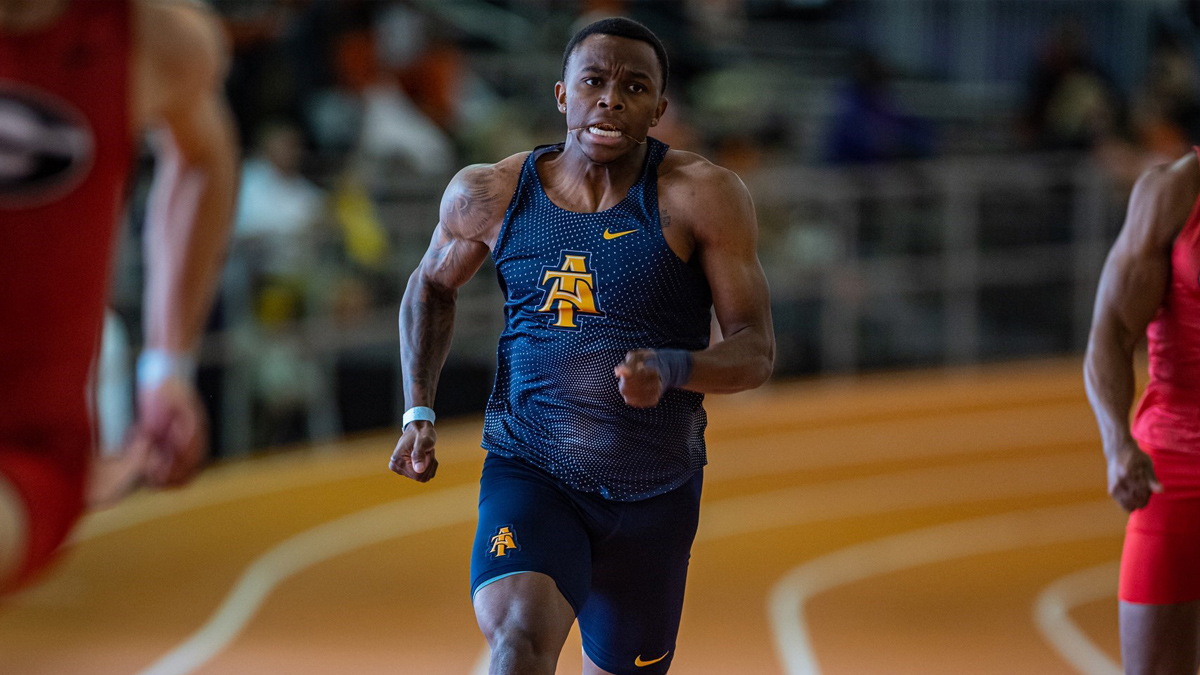 North Carolina A&T Track and Field no. 2 in latest ranking

The Aggies are sandwiched between two Texas teams in this week’s poll.

One week after making history as the top indoor track and field team in the country, North Carolina A&T has slipped to no. 2 in the latest poll.

The newest edition of the NCAA Division I Men’s Indoor Track & Field National Rating Index, released on Monday by the U.S. Track & Field and Cross Country Coaches Association has the University of Texas in the top slot.

The Aggies didn’t falter, it was more so that Texas had a really strong weekend, especially on the field side. Tripp Piperi managed the longest throw of the year in the shotput with a heave of 21.45 meters. The Longhorns have 11 national top-10 performances so far this season.

Javonte’ Harding is ranked no. 2 in the 200 with a 20.33 while Leonard Mustari and Rasheem Brown are holding steady in the 60-meter hurdles.

Over the weekend the Aggies competed in the Camel City Invite, but not all of the stars were on deck. NCAT still managed wins in the 200, 4×400 relay and 60-meter hurdles.

Last week’s ranking was the first time a Division I team from North Carolina A&T was ranked No. 1 in a non-historically black college and or university (HBCU) national poll. The Aggies opened the season ranked no. 2 in the USTFCCCA poll. Texas Tech is ranked no. 3, followed by Georgia and Northern Arizona.

North Carolina A&T Track and Field no. 2 in latest ranking