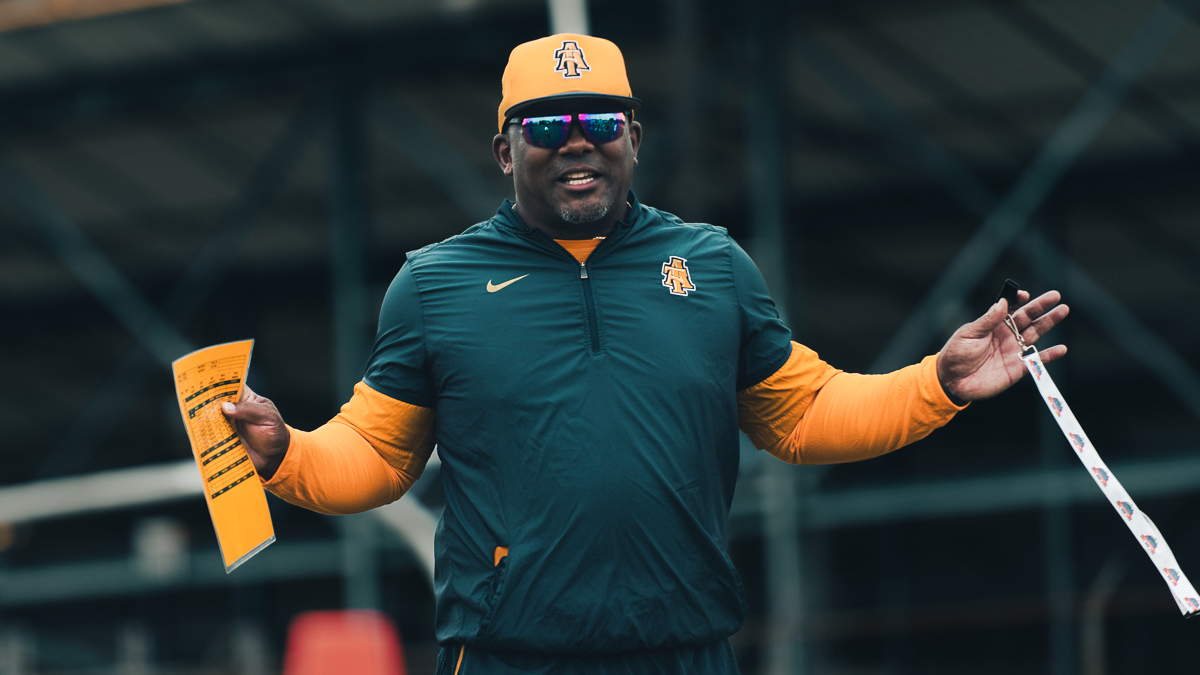 North Carolina A&T will be looking for a new running backs coach as Shawn Gibbs finally gets a head coaching gig.

One of the architects of the resurgence of North Carolina A&T football is taking his talents to the SIAC.

A&T running backs coach Shawn Gibbs has been hired as the next head coach for Fort Valley State, HBCU Gameday has confirmed. The report first surfaced on Blue Death Valley, a website and forum for NCAT athletics. Gibbs replaces Maurice Flowers, who left his post after two years and one season to take over at Johnson C. Smith University last month.

Shawn Gibbs has no head coaching experience, nor has he ever been a coordinator. But he does have a very solid track record in recruiting as well as producing record-breaking running backs. A backfield star himself at North Carolina Central in the mid-1990s, Gibbs started his career at his alma mater where he helped Gregg Pruitt become NCCU’s all-time leading rusher. From there he followed Rob Broadway to Grambling where his potent rushing attack helped bring GSU a SWAC title in 2008.

But Gibbs has certainly left his mark in Greensboro since arriving with Broadway during the 2011 season. He is credited as one of the key components of getting Tarik Cohen from Bunn to A&T — and the rest is history. Cohen re-wrote the North Carolina A&T and MEAC record books before going on to the NFL. His replacement, Marquell Cartwright, stepped right in and led the MEAC in rushing in 2017 and 2018 as did his replacement, Jah-Maine Martin.

Gibbs was one of the finalists for the Winston-Salem State job last year that ultimately went to another former NCCU player in Robert Massey. Now he’ll head to the SIAC where it seems like almost everyone outside of reigning champion Albany State has a new head coach. He’s certainly paid his dues and earned the chance to lead a program with a solid track record.