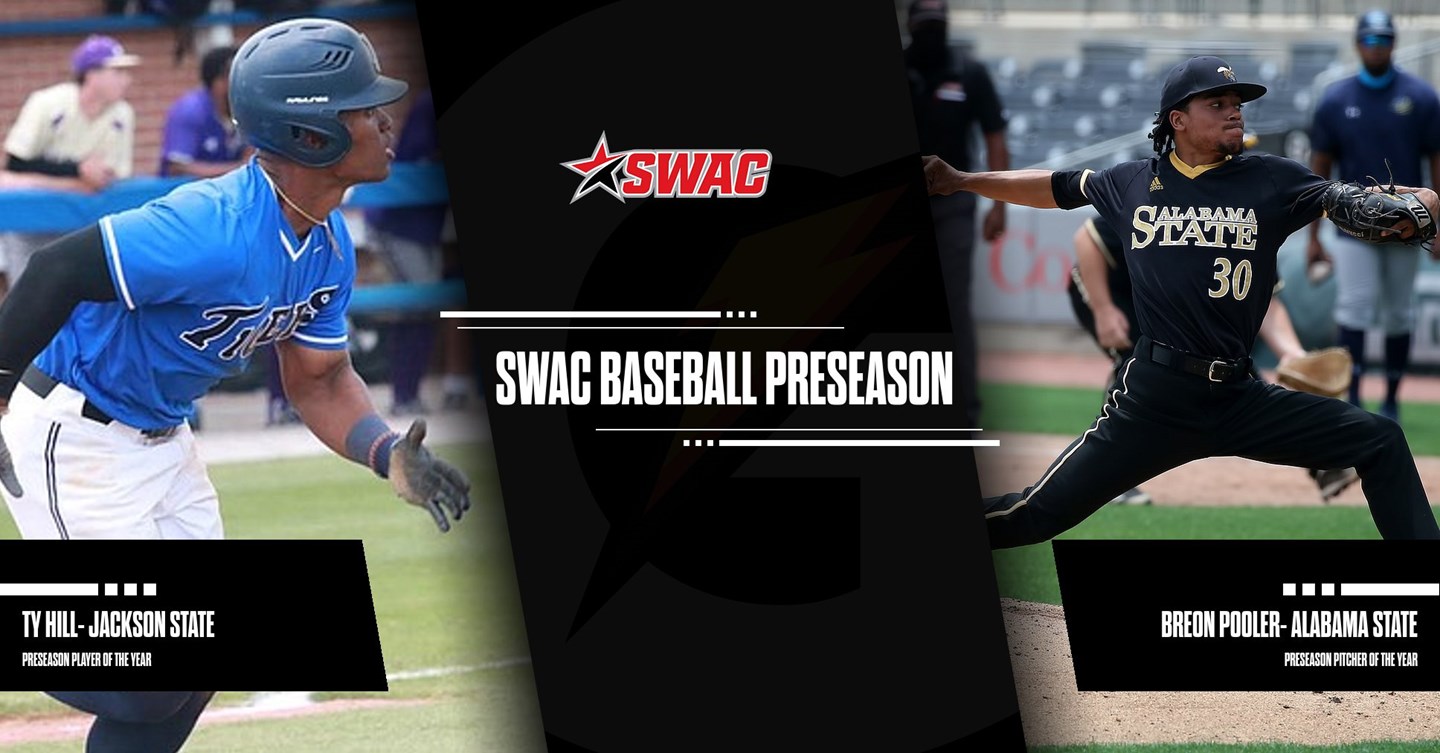 The SWAC has announced its 2022 Preseason Baseball selections highlighted by Preseason Player of the Year Ty Hill (JSU).

BIRMINGHAM, Ala.- The Southwestern Athletic Conference has announced its 2022 Preseason SWAC Baseball selections highlighted by Preseason Player of the Year Ty Hill (JSU) and Preseason Pitcher of the Year Breon Pooler (ASU). The preseason team and individual awards were voted on by the league’s head coaches and sports information directors.

Jackson State’s Hill proved himself to be one of the most dynamic and complete offensive players in the SWAC this past season. At the conclusion of the regular season he ranked near the top of several offensive categories including batting average (.433), slugging percentage (.675), on-base percentage (.496), hits (52), runs batted in (42), doubles (12), and triples (4). His stellar play was a major factor in JSU going undefeated in conference play at 24-0 during regular season play.

Alabama State’s Pooler appeared in 12 games last season all of which were starts for the Hornets. He recorded a 3.36 earned run average to go along with a 1.13 WHIP. Pooler finished the year with a 5-3 record with one complete game and a shutout. He logged 64.1 innings allowing just 41 hits and 34 runs (24 earned), while striking out 84 batters with 32 walks. Alabama State’s opponents hit just .183 in 224 at-bats with Pooler on the mound.