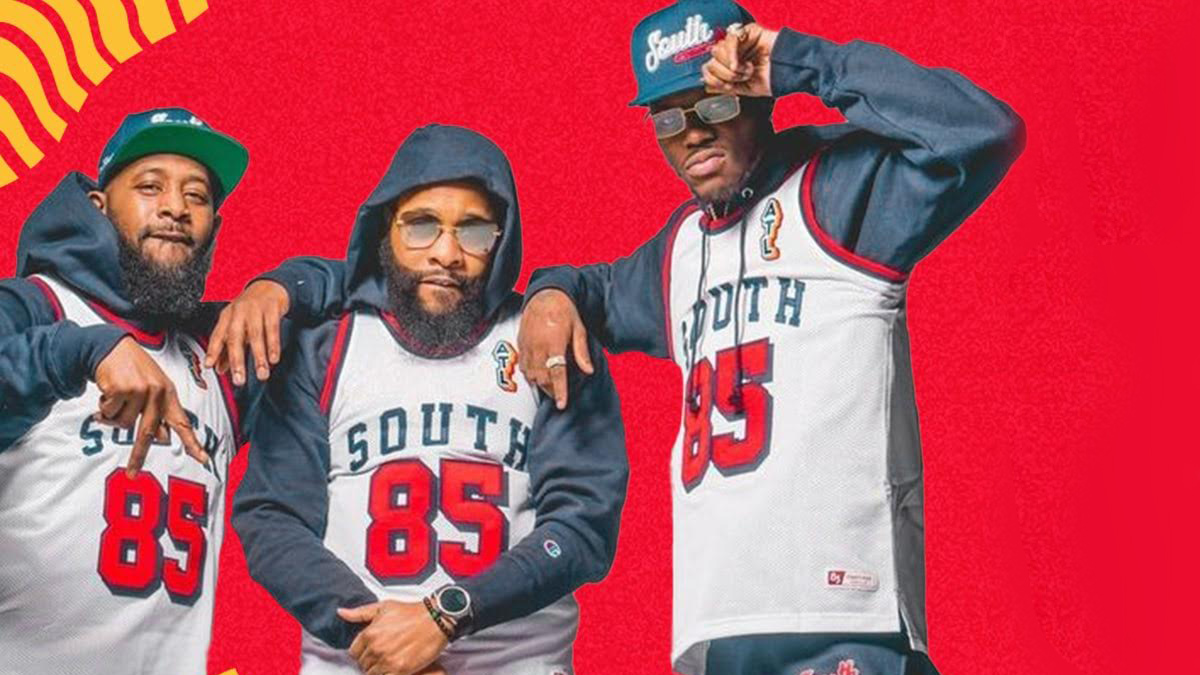 The 85 South Show and the Atlanta Hawks are teaming up for a new in-game spotlight. Chico Bean is a graduate of Winston-Salem State.

ATLANTA – The Atlanta Hawks and the ‘85 South Show’ are teaming up for a special in-game
spotlight for the team’s game against Chicago on Thursday, March 3. Along with an in-game
appearance by the show’s hosts and popular comedians DC Young Fly, Karlous Miller and Chico
Bean, the collaboration includes an exclusive retail capsule and special ticket package for the
night.

Beginning Friday, Feb. 4, a four-piece merchandise capsule including two hoodies, one long-
sleeve shirt and one short-sleeve t-shirt, featuring both the ‘85 South’ and Hawks’ ‘Forever 404’ lifestyle brands will be available exclusively in the various Hawks Shop locations inside at State Farm Arena.

“Born and raised on the Westside of Atlanta, I grew up loving the Hawks and wanting to be
Dominique,” said show & company co-founder DC Young Fly. “85 South is focused on integrating with brands that celebrate Atlanta ‘s unique culture and community, so we look forward to collaborating with our Hawks for a long time to come.”

The Hawks and ‘85 South Show’ first teamed up for custom content develop to unveil the team’s 2020-21 regular season schedule. Filmed at the award-winning State Farm Arena, the schedule reveal video featured all three hosts and mimicked the show’s off-the-top comedic commentary as it previewed the team’s home game contests.

The 85 South Show unites three of America’s funniest and most fearless comedians. With more
than two million subscribers and a more than a half-a-billion independent views, the trio has
interviewed a slew of the best-known names in entertainment, sports, and culture including Rick Ross, Lou Williams, 2 Chainz, T-Pain and more. Hawks P.A. announcer and former host of the iconic ‘Rap City’, Big Tigger was a guest on the YouTube based talk show, where the in-game spotlight was announced. The group discussed Tigger’s legendary career as radio personality, TV host and rap artist spanning more than two decades.

Well-known for their regular appearances on the MTV series ‘Wild ‘N Out’, co-hosting the ‘BET
Hip Hop Awards’, as well as national comedy tours and club dates, DC Young Fly, Karlous Miller,
and Chico Bean have each garnered millions of followers on social media. The Atlanta-born DC
Young Fly has also been featured in television series including ‘BMF’, ‘American Soul’ as well
hosting MTV’s ‘Total Request Live’. Hailing from Miss., Miller was seen on ‘All Def Comedy’ and
placed as first runner up on NBC’s ‘Last Comic Standing’. Bean, a native of Washington
D.C., has been seen on the ‘Steve Harvey Talk Show’, and national fast food and athletic
advertising campaigns. He is a 2008 graduate of Winston-Salem State University.

813
The Latest in HBCU Sports and Culture

798
The Latest in HBCU Sports and Culture