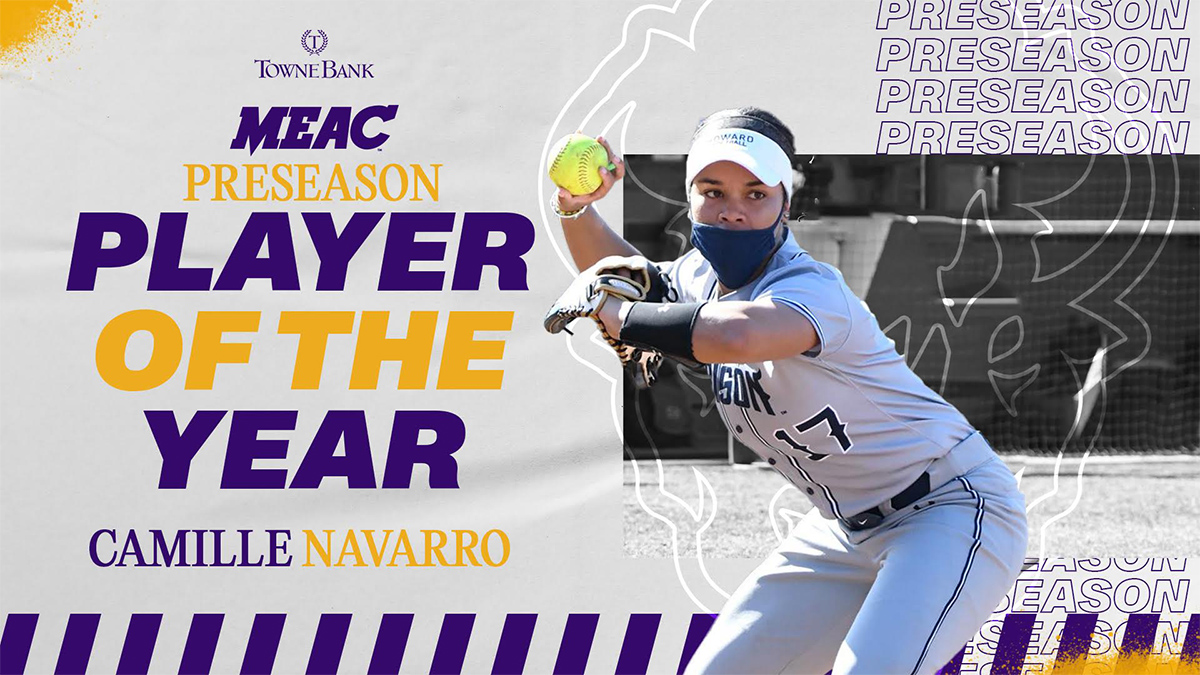 The 2022 MEAC Softball season is ready to start. Morgan State and Norfolk State are expected to contend for the crown and Howard’s Cammille Navarro is a player to watch.

In addition, Morgan State and Norfolk State tied as the preseason favorites to win the 2022 MEAC softball regular-season championship.

Navarro, the 2021 MEAC Player of the Year, led the conference in batting average (.421), slugging percentage (.664), hits (45) and doubles (10) last season. She was also second in on-base percentage (.452), tied for second in runs scored (22), second in total bases (71), third in stolen bases (14) and tied for fourth in home runs with four. Navarro also earned National Fast Pitch Association (NFCA) Mid-Atlantic Region Second Team honors and finished the season ranked 17th in the NCAA as the toughest to strike out, 39th in doubles and 52nd in batting average.

The 2022 MEAC Softball Championship will be held in Norfolk, Va. on the campus of Norfolk State University May 11-14.

The 2022 MEAC softball season begins the weekend of Feb. 11-13, when six of the conference’s eight softball-playing institutions are in action.