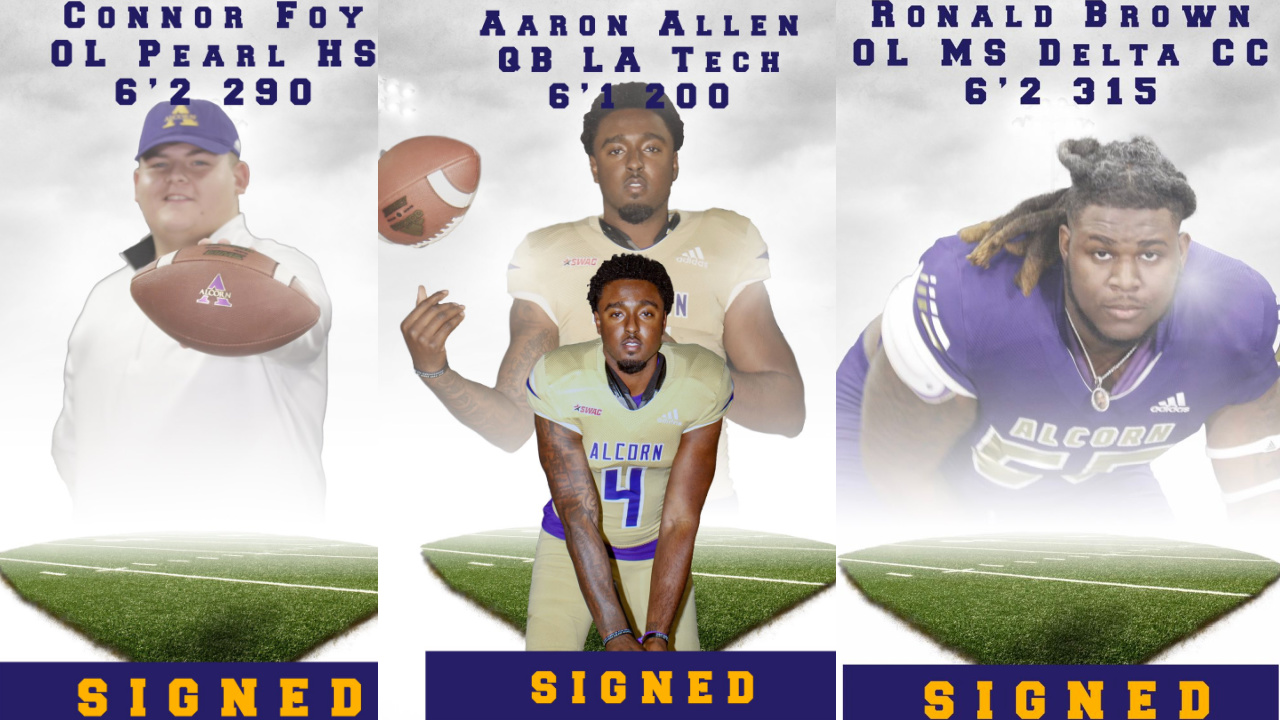 The Alcorn State University 2022 football recruitment class is ready to hit the ground running. The Braves want to know “who wants the smoke?” this Fall.

Tramel “Dully” Brown is a center out of Gainsville, Florida. He graduated from Gainsville High SChool in 2020 and started his collegiate career at Mississippi Delta Community College. He announced his commitment to Alcorn State University as a transfer on Wednesday morning.

Jaquez Dew is a linebacker transferring from Lenoir Rhyme University. Dew is a Georgia native and played high school football at Whitefield Academy. He graduated in 2020. Jaquez Dew originally committed to Alcorn State University the beginning of the year and now has officially signed with the team.

Kyjuan Herndon is a running back transferring to Alcorn State from Colorado State University. Herndon is a Florida native who graduated from Trinity Christian as three star prospect in 2020. Herndon held offers from Ole Miss and Florida State.

Charles Gonzales is a defensive lineman transferring from Cisco Community College. Gonzales is a Texas native and will hit the field for the Braves with three years of eligibility left.

Arjalen Marshall is a defensive tackle out of Mississippi. He played for Laurel High School and will hit the field for Alcorn State as a true freshman. Marshall played both football and baseball at LHS.