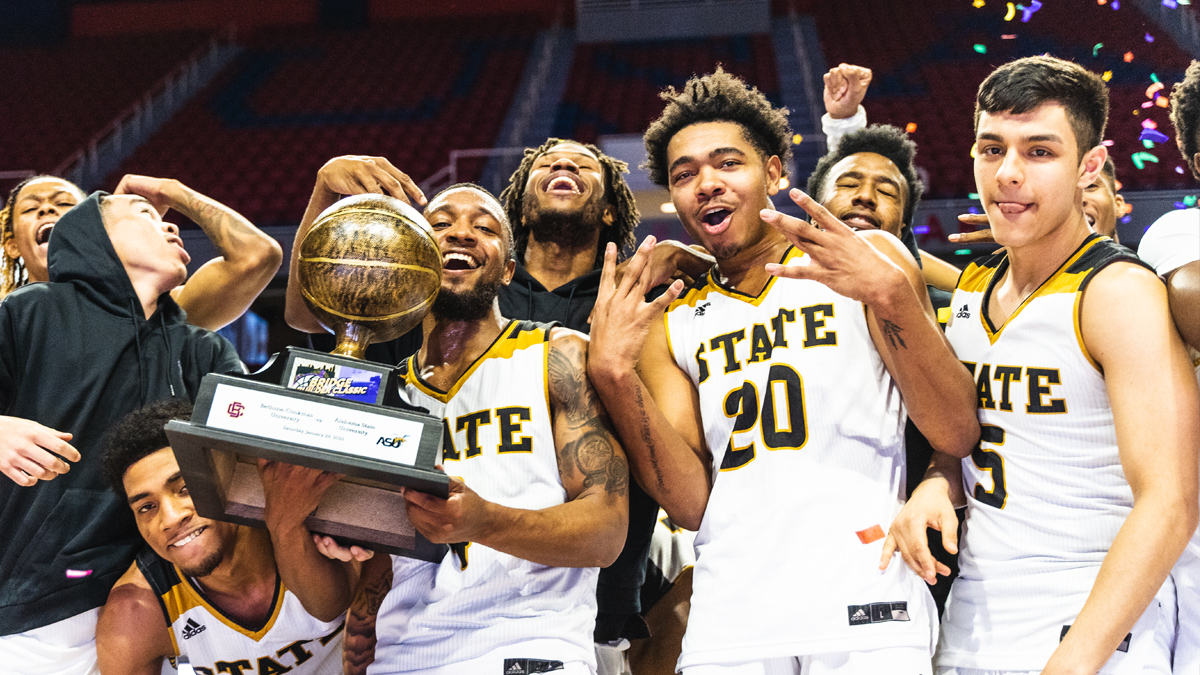 Alabama State was down big in the second half but got a lift from Trace Young and surged ahead to even its record in the SWAC.

MOBILE, AL — Alabama State trailed by double digits with just under seven minutes to play in the game, before erasing the deficit for a 79-73 victory over Bethune-Cookman in Southwestern Athletic Conference (SWAC) in the Bridge Builders Classic.

Alabama State trailed 65-55 with 6:54 to play in the game before a Kevion Stewart (Memphis, Tenn.) three-pointer with 4:56 to play gave the Hornets a 66-65 lead. They continued the 13-0 run on a Trace Young (Owensboro, Ky.) dunk with 4:12 to play before holding off a rally from Bethune-Cookman down the stretch.

Young finished the night with 21 points and eight rebounds while hitting on 50 (8-of-16) percent of his shots from the floor including a pair of three-pointers. Kenny Strawbridge (Rockford, Ill.) finished 2ith 11 points and a pair of assists, while E.J. Clark (Dallas, Texas) finished with 10 points and four assists for Alabama State (5-15, 4-4 SWAC).