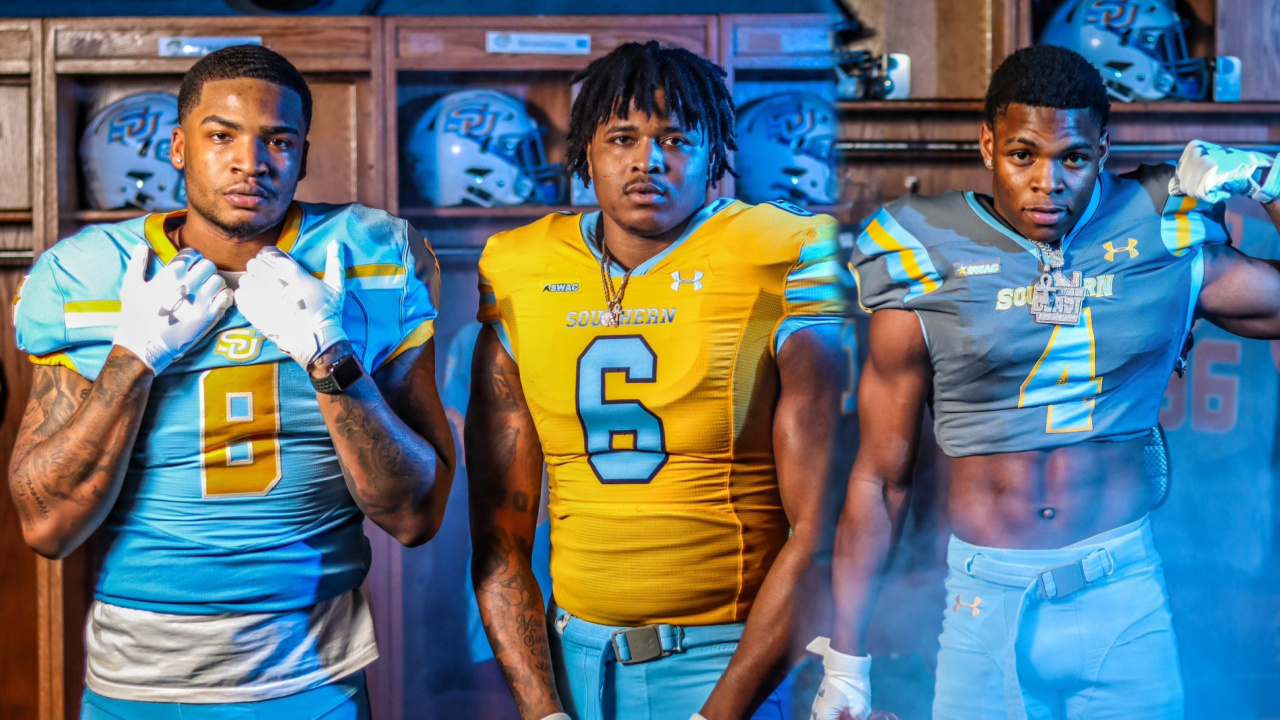 Karl Ligon is a three-star running back out of Autauga Academy in Montgomery, Alabama. Ligon announced his commitment to the Jaguars on Sunday evening. He posted 1,487 yards on 130 carries, 20 touchdowns and earned a state championship in his final high school season. The senior held ten D1 offers including Grambling State and his hometown Alabama State.

Cassius Allen is a wide receiver transferring to Southern after playing for the Louisiana Ragin’ Cajuns and at Kilgore College. Allen played in nine games for the Ragin’ Cajuns in 2019 as a redshirt freshman. He posted six catches for 79 yards and a touchdown. The wideout spent his 2020 season injured before transferring to play JUCO football in 2021. Allen has played for several college teams now and is hoping to make a big impact at his first HBCU program in Southern University.

Ja’Sion Greathouse is a defensive end and outside linebacker from Chicago, Illinois. Greathouse started his collegiate career at North Park University in 2020. He then began his JUCO career at Itasca Community College in 2021. Greathouse was named the 2021 NJCAA Defensive Player of the Year. The new Jaguar announced his commitment on Sunday afternoon. The Chicago native will be making the voyage down south to the Bayou to play football.

The Southern Jaguars ended the 2021 season 4-7 overall and with a three-game losing streak to close the year. The Jags are looking to quickly turn things around at The Bluff to become a legit contender in the evolving SWAC. They named Eric Dooley as their new head coach early last month and he has hit the ground running in the recruiting department.

351
The Latest in HBCU Sports and Culture