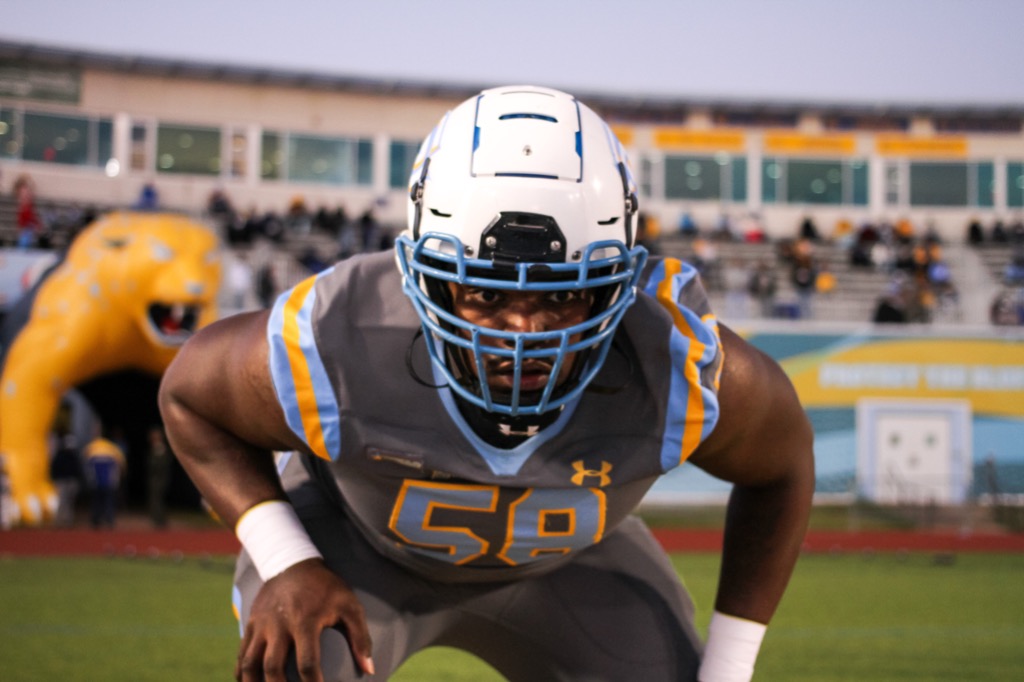 Ja’Tyre Carter will showcase his NFL potential in Mobile.

Southern University lineman Ja’Tyre Carter is the latest player to be invited to the Reese’s Senior Bowl in Mobile, Alabama. Carter will play for the National team in the February 5 all-star game.

Carter tweeted his gratitude for the opportunity on Wednesday evening, an informal acceptance for the public. Senior Bowl executive director Jim Nagy tweeted a video of Carter from his opening game showing that he’s been scouted all season long.

The 6-foot-5, 275-pounder announced in November that he wouldn’t be returning for his senior season, opting for the NFL draft. Carter has already been invited to the 2022 NFL Combine.

The redshirt junior led the way for Southern’s 203 yards rushing per game in the SWAC last season. He was named second team all conference as well. Carter will also play in the East-West Shrine college football all-star game on Feb. 2 in Las Vegas.

Phil Steele named Carter his SWAC Offensive Lineman of the Year in his yearly FCS awards. Carter also recently signed with Young Money APAA Sports to represent him as a professional.