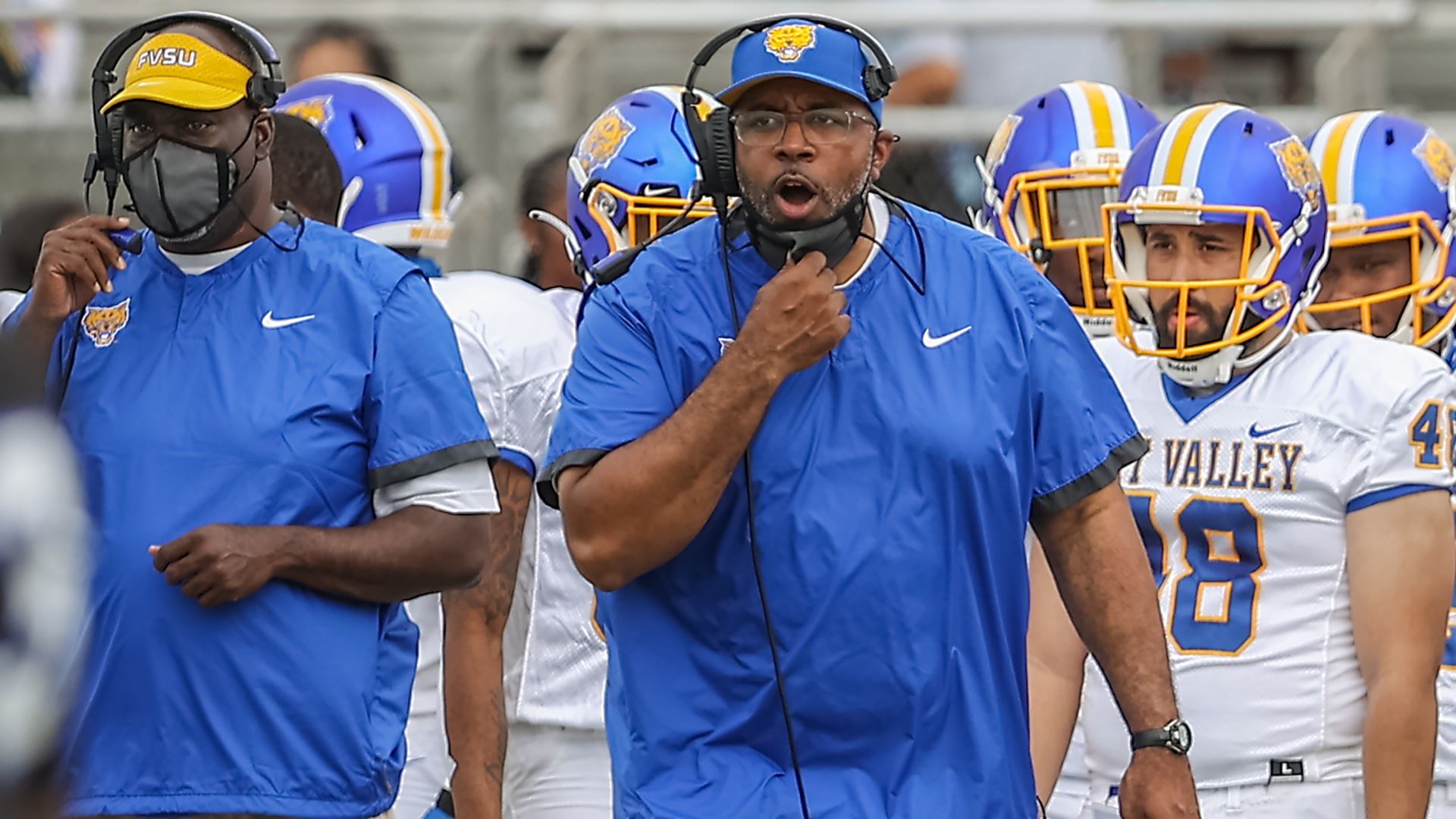 Maurice Flowers has stepped down at Fort Valley State and is expected to take over Johnson C. Smith.

A little less than two years after coming to take over the Fort Valley State program, Maurice Flowers has left it and is expected to take over at Johnson C. Smith.

Maurice Flowers officially stepped down from his job as FVSU head coach on Saturday. Per Chris Vannini of the Athletic, he’s expected to take over the head football coaching vacancy at JCSU, his alma mater.

“My sincere thanks to President Jones and to Dr. Holloman for their confidence in me to lead the FVSU Football Program,” Flowers said in a statement. “It has been an honor and privilege to lead the young men of the FVSU Wildcats both on and off the field. I want to specifically thank the players, my coaching staff and their families, the university faculty and staff, and the alumni community. Fort Valley State University is a great place to be, and I am confident success will continue.”

The JCSU job became open in late December when Kermit Blount was relieved of his duties. JCSU Director of Athletics Steven Joyner Sr. stated last month he hoped to make the hire soon.

Flowers was appointed head coach of the Wildcats in January of 2020 and guided FVSU to a 7-5 overall record during his two-year tenure. He led the team to a 5-5 finish (3-3 SIAC) in the 2021 season, finishing fourth in the SIAC East. Due to COVID-19, the 2020 fall season was canceled. The Wildcats completed a non-conference schedule in spring 2021 finishing 2-0.

Holloman stated that a search for a replacement will begin immediately.