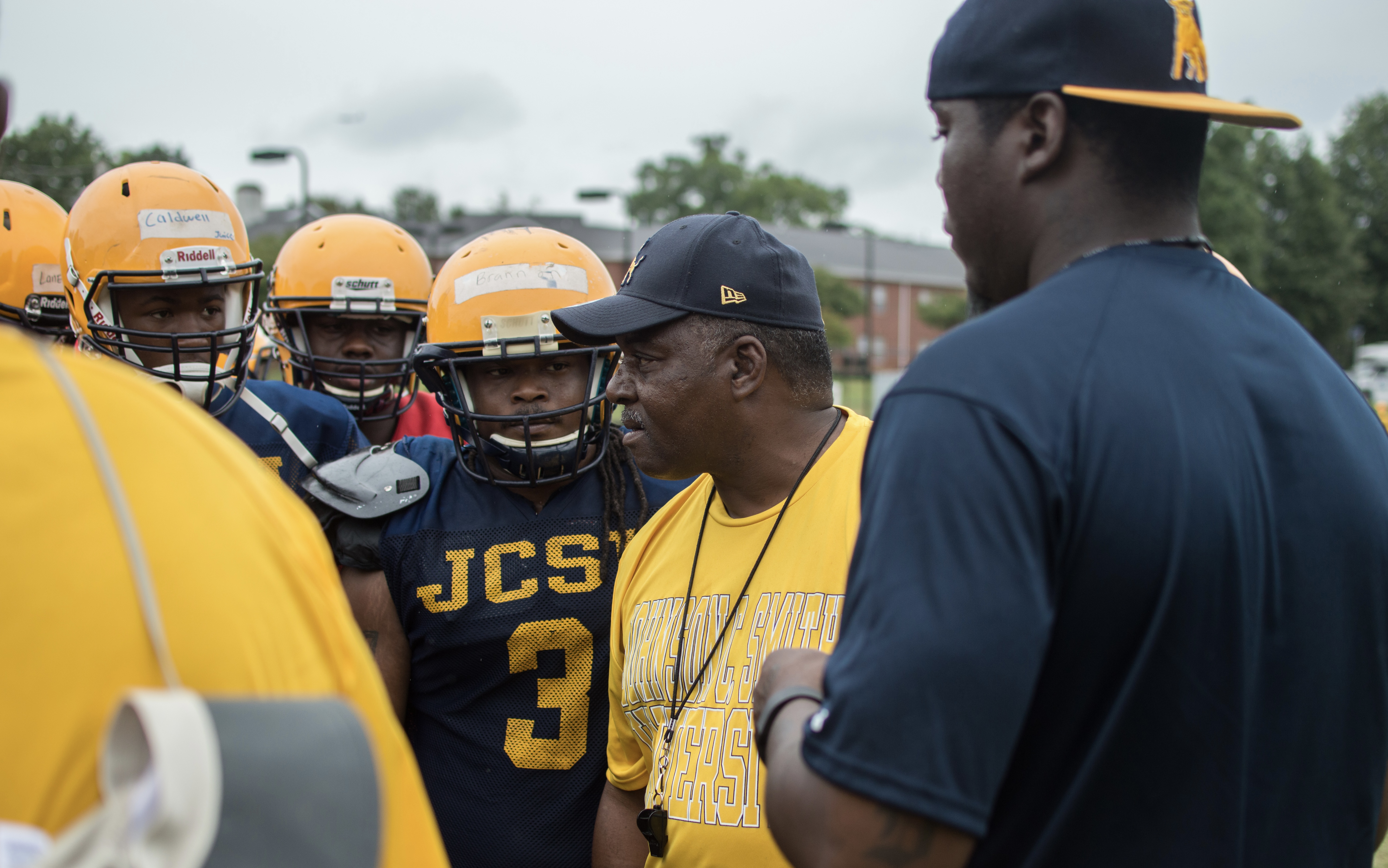 Johnson C Smith will likely be looking for a new head coach for its football program. The school has reportedly decided to part ways with Kermit Blount.

Johnson C. Smith and head coach Kermit Blount appear to be going in opposite directions.

A source tells HBCU Gameday that Blount and his staff have been informed they will not be back next season and have relayed that info to the players. Blount’s contract ends in December.

HBCU Gameday has reached out to JCSU officials for comment.

JCSU is the third — and perhaps final — stop as a head coach for Blount’s expansive career. He spent the better part of two decades in his career at his alma mater, Winston-Salem State University. Blount coached at WSSU from 1993 through 2009, compiling a record of 91-87-3 and winning back-to-back CIAA championships in 1999 and 2000.

After being fired by WSSU, he moved on to Delaware State where he went 16-29 in four seasons prior to coming to JCSU.

Kermit Blount spent the early part of his coaching career under the tutelage of legendary Willie Jeffries at Howard and South Carolina State before coming back to WSSU. He led the school to back-to-back championships as a quarterback in the backfield with future NFL running back Timmy Newsome.

The next head coach at JCSU will inherit a program with a great location, but hasn’t won a conference title since 1969.