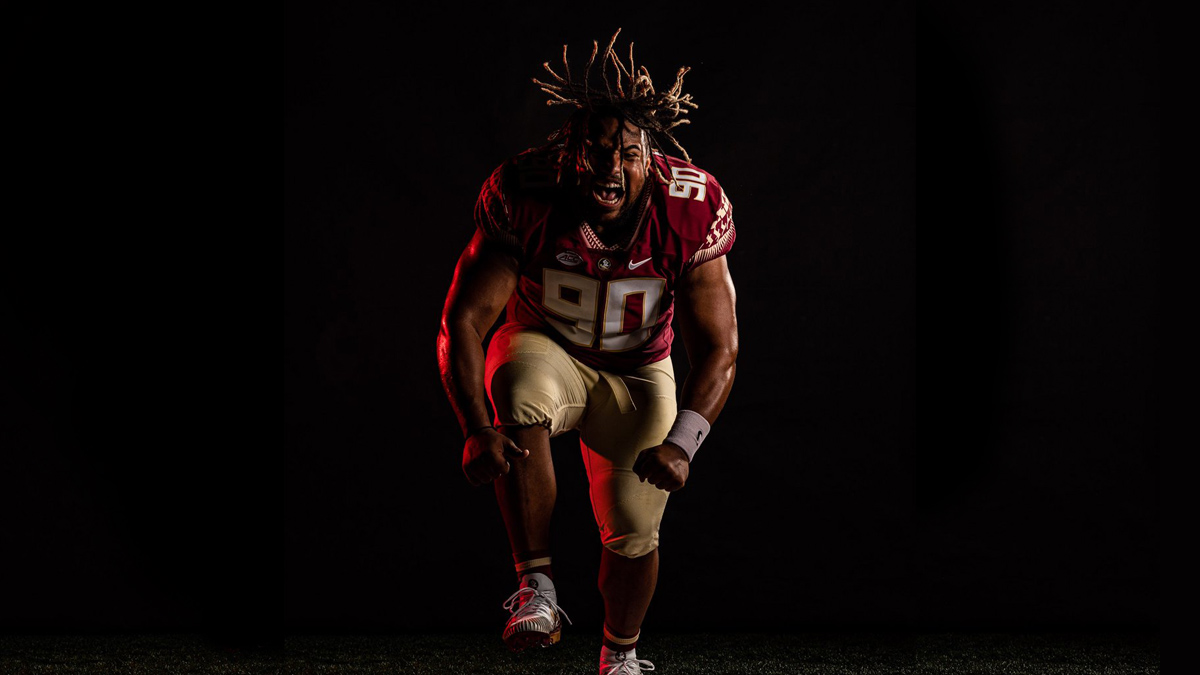 Jackson State has found another player with a Florida State tie to join its football program.

Former FSU defensive tackle Tru Thompson has committed to play for Jackson State. He made his commitment public via Twitter on Monday night. The tweet simply said “committed.”

Thompson was a three star prospect from Griffin, GA Florida, Kentucky, LSU, Miami and Michigan State all offered him, but he signed with FSU under Willie Taggart in the 2019 class.

He had 15 tackles, including 2.0 for loss with 1.0 sack as a freshman in 2019. Playing time became more sparse in 2020. In eight games Thompson recorded seven tackles, including 1.0 sack. The 2021 season saw him play in just one game against UMass. He registered a sack in that game before hitting the transfer portal back in November.

One of the first transfers for Deion Sanders was defensive back Isaiah Bolden, a former teammate of Thompson’s. Bolden played a big role for JSU in 2021, particularly as a kick returner. If Thompson can contribute at that level, JSU will have a solid return on its investment.

Jackson State also picked up some help on the offensive line via the transfer portal on Monday. Former Utah offensive tackle Simi Moala is bringing his talents east. He originally signed out of high school with Oregon State in 2015 before leaving on an LDS church mission in Nuku’alofa, Tonga.