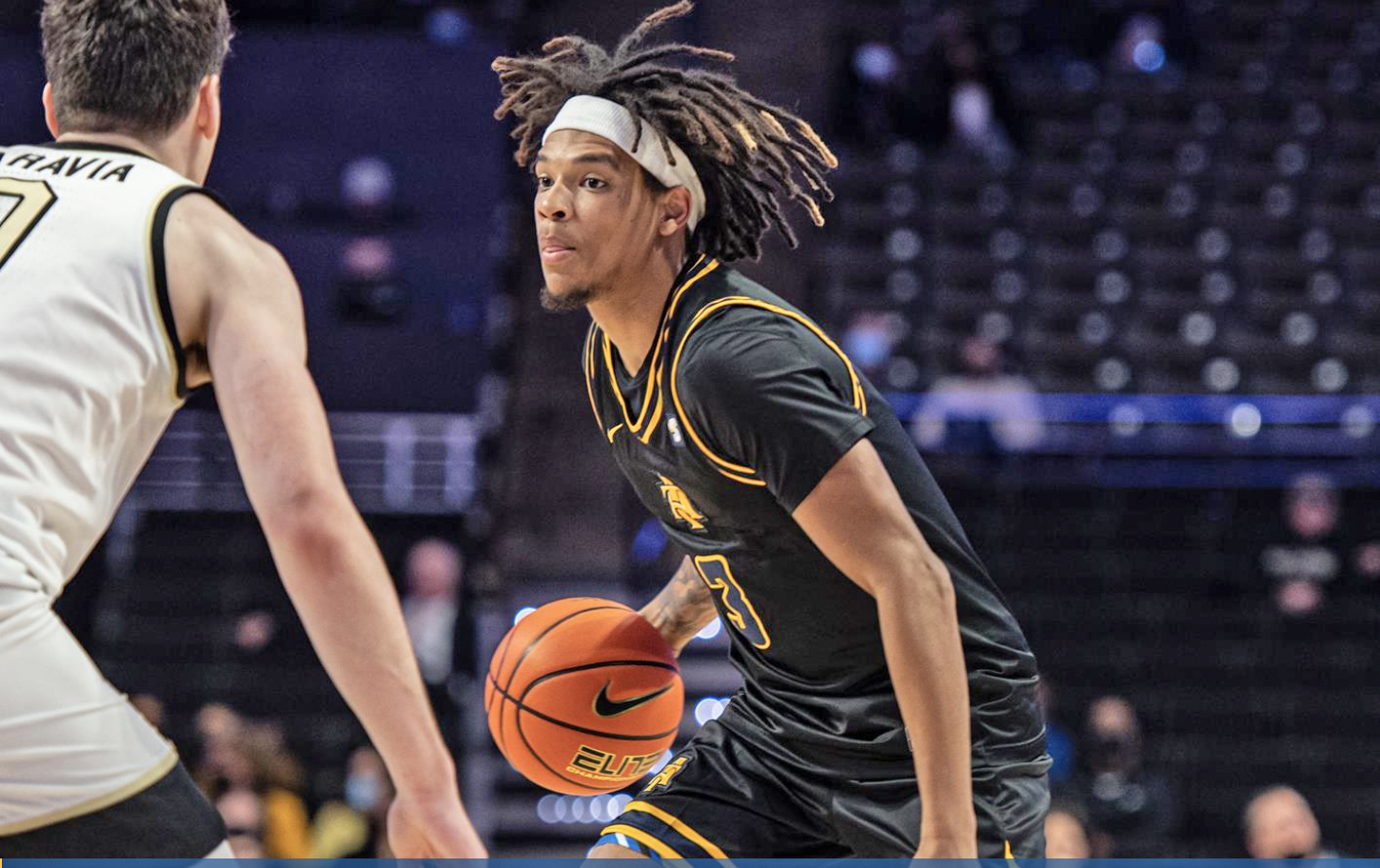 NC A&T holds off Radford, goes to 2-0 in the Big South

The NC A&T men led for most of the game but had to fight off a late challenge at Radford to come away with a 73-72 conference road win. The victory moves the Aggies to 2-0 in its first season of play in the Big South Conference.

The Aggies (7-9, 2-0) led for 85 percent of the game and got team highs of 19 points and nine rebounds from redshirt sophomore forward Marcus Watson. Junior guard Demetric Horton added 13 points including two clutch baskets in the final two minutes that preserved the win.

Guard David Beatty added 12 points and center Colin Smith tallied nine before fouling out in the last half-minute. Radford (5-9, 1-1) was led by 18 points from Josiah Jefferson and 17 from Dravon Mangum. Bryan Hart had 11.

NC A&T played from in front

A&T scored the game’s first points on a foul line jumper by Watson and led the entire first half except when Radford took an early 6-4 lead. The Aggies went into the break with a 36-31 advantage.

Back and forth down the stretch

Down the stretch, the teams exchanged the lead seven times with the Aggies going up 71-70 on a 3-pointer by Horton with 2:05 left, the first of his two clutch baskets. Lewis Djorkman scored inside to put the Highlanders back up 72-71 with 1:29 to play. On the Aggies’ ensuing possession, the team went back to Horton and he scored on a 15-foot pull-up to put A&T up 73-72 at the 1:08 mark.

NC A&T’s David Beatty rebounded a missed a 3-pointer in Radford’s next possession prompting a timeout from head coach Will Jones with :39 seconds left. Three seconds after the timeout, A&T center Colin Smith was called for an illegal screen giving the ball back to Radford with :32 seconds left. Smith fouled out on the play.

After timeouts by both teams, Radford held for the final shot and got off two errant 3-pointers before the final buzzer.

V: The Aggies are back in Big South action Wednesday (Jan. 12) as they host former MEAC rival Hampton (4-8, 0-1) for the first time in Big South play .

NC A&T holds off Radford, goes to 2-0 in the Big South