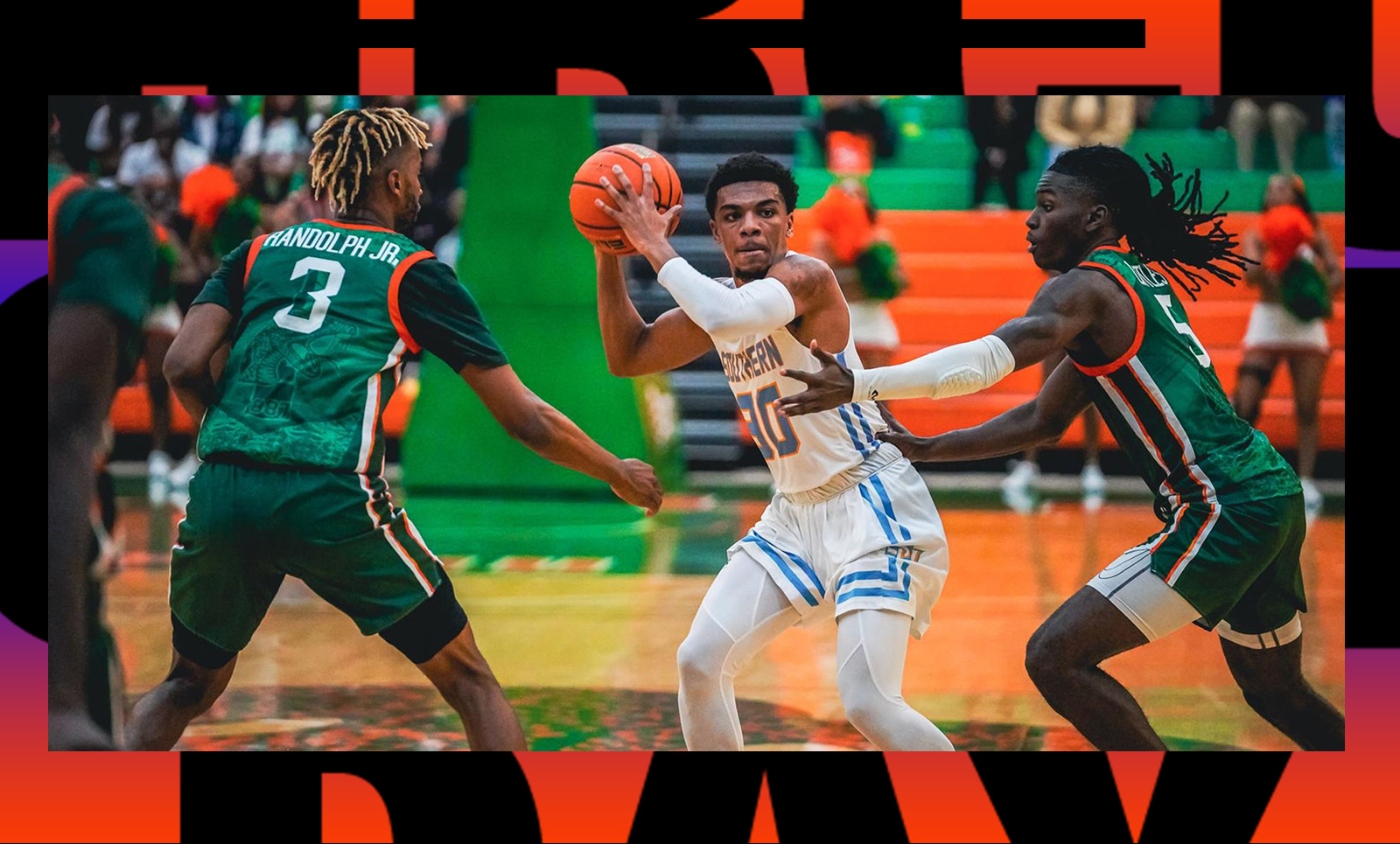 Southern University took on Florida A&M with both its men’s and women’s programs coming out on top.

Southern University basketball took its first trip to Florida A&M since the two became SWAC foes and emerged with a decisive victory.

SU turned a slim halftime lead into an 80-66 victory over FAMU in Tallahassee. The win was the third in a row for SU, who improved to a league-best 9-7 on the season.

The Jaguars held a 36-35 halftime edge after the game’s first 20 minutes. They would stretch that lead to as many as 18 in the second half en route to a pretty easy win.

Brandon Whitley scored 10 of his 12 points in the second half as the Jags shot 54.5 percent from the field and hit seven of nine 3-point attempts for a blistering 77.8 percent in the game’s final 20 minutes.

MJ Randolph carried the load offensively for FAMU, scoring 30 points on 11-for-15 shooting and grabbing six rebounds. He did, however, turn the ball over seven times. FAMU committed 21 turnovers as a team which lead to 30 points by SU.

Southern University will now head to Daytona, FL to take on Bethune-Cookman as it will attempt to remain perfect in SWAC play. Florida A&M will welcome a Grambling team that knocked off B-CU at home on Saturday.

The Southern University women came into Saturday’s matchup on a roll and FAMU was determined to make them work for it.

FAMU battled hard for three quarters, but it wasn’t enough to derail SU as it picked up a 71-55 win on the road. SU started the fourth quarter with just a two-point lead but Nakia Kincey put up three-consecutive 3-point buckets to put distance between the two teams.

“I knew tonight’s contest was going to be a battle. Anytime you go on the road in the conference it is always going to be tough. They did a great job of running their offense and knocking down contested shots. I was really proud of the way our team worked together to get the win today,” Carlos Funchess, SU Head Coach, said after the game. During the fourth quarter our veteran players really stepped up their game on both ends of the court. We will enjoy the win today and get ready for our next game on Monday.”