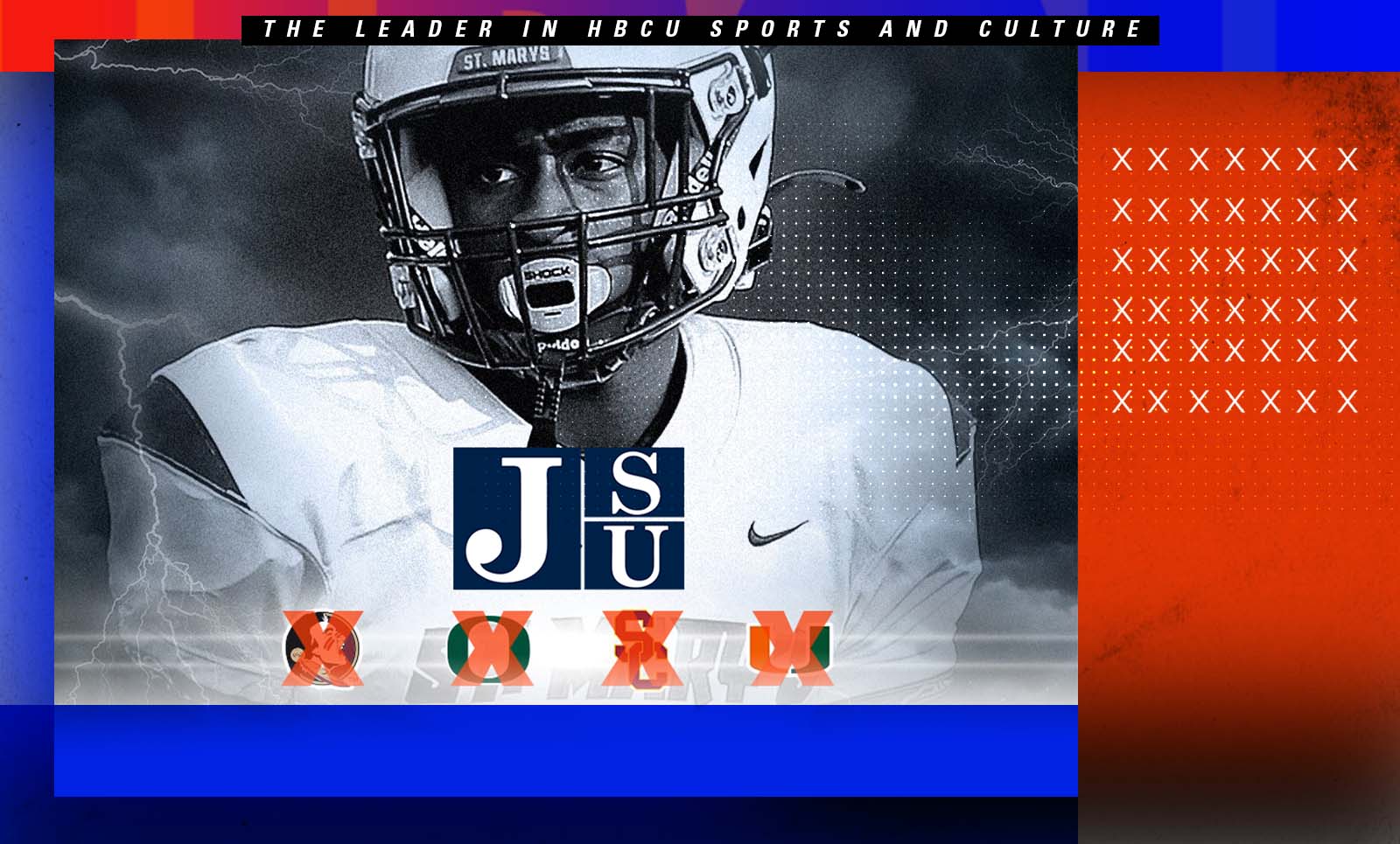 The college football world shook once again thanks to Jackson State. Four-star wide receiver Kevin Coleman Jr. made his college commitment live on NBC Saturday afternoon and it wasn’t what many were expecting. The no. 61 player in the nation shunned Miami, Florida State, USC and Oregon and committed instead to JSU.

“I’m taking my talents to play with Prime Time,” Coleman said when asked why he chose Jackson State.

“He inspired me, why not be taught by the best, he played both ways and he did everything that I want to do,” he continued.

The announcement came during the 22nd Annual All-American Bowl on NBC. The St. Louis, Missouri wide receiver had 35 offers including Alabama and Georgia who are playing in Monday’s national championship game. His final four was believed to be Miami, Florida State, Oregon and Southern California headed into Saturday. But just like no. 1 overall recruit Travis Hunter, once again it was Deion Sanders with the interception.

Coleman was ranked as the no. 1 slot receiver in the country by Sports Illustrated and adds another powerful dimension to the Jackson State offense. Coleman and Hunter can potentially lineup as two of the best receivers in the country for the Tigers. That would give FCS Freshman of the Year and HBCU Gameday Offensive Player of the Year Shedeur Sanders plenty to work with in the passing game.