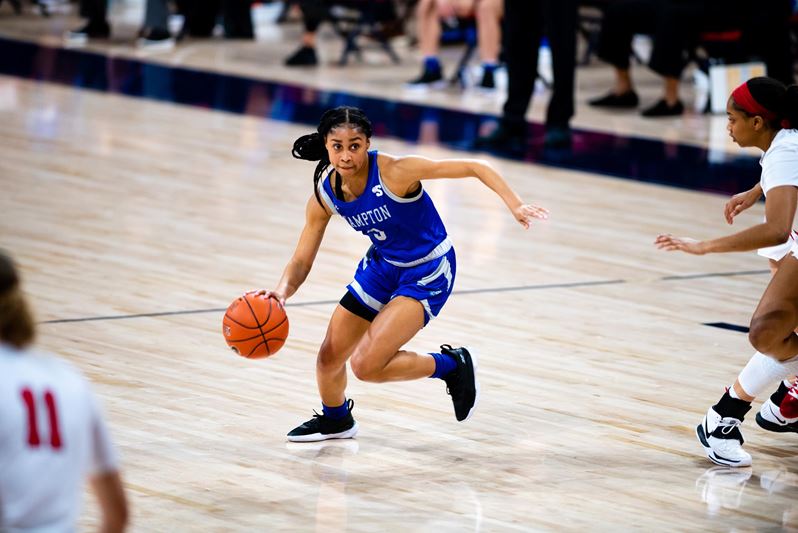 The Hampton University women came away with a solid win over North Carolina A&T to pick up their first Big South win of the season.

Hampton held a 17-14 lead with 1:50 left after a layup by Davis, but the Aggies answered with two layups by Jazmin Harris and one from Faith Blackstone to lead 20-17 with 17 seconds.  Nas Nigatudrained a 3-pointer at the horn to tie the game at 20-all.

The Lady Pirates used a 10-3 run midway in the second quarter to get some breathing room for a 40-33 lead after a layup by Young with 3:52 left.  Young and Mason had five points apiece in that stretch.  That advantage grew to 48-40 with 58 seconds left after a 3-pointer from Amyah Reaves.

The hosts opened the fourth on a 13-2 run as a pair of Alexis Wooden free throws put Hampton up 79-62 with 6:40 left for an advantage that never got lower than 14 points the rest of the game.

The Lady Pirates return to action on Tuesday night hosting Presbyterian at 7 p.m.