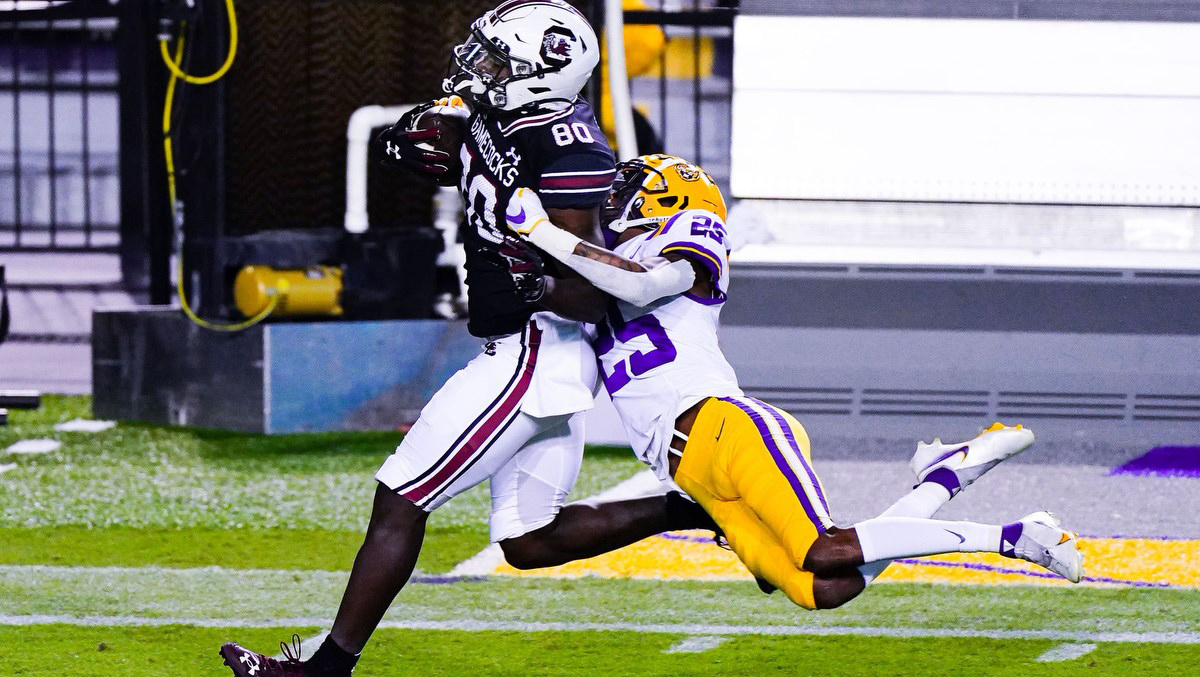 Keveon Mullins commits to the Tigers from South Carolina.

Jackson State has tapped into the transfer portal again to gain a commitment from a former four-star recruit from the University of South Carolina. Keveon Mullins announced Saturday on social media that he was committed to the Tigers.

Mullins who transitioned from a wide receiver to tight end while at South Carolina still has thee seasons of eligibility remaining. Coming out of high school in Memphis, Tennessee Mullins was a four-star prospect for the class of 2019. At the time he was rated as the no. 9 player in the state.

While at South Carolina, Mullins was redshirted his freshman year before hitting the field in 2020 as a tight end. In five games of action he caught passes in two games. His career apex for the Gamecocks was against LSU with a 57 yard reception and 101 total yards.

He didn’t record any stats in 2021 and hit the transfer portal at the end of the season.

Here’s what the bio for Mullins stated heading into this past season.

“Has more of an “H-Back” body type… brings a speed factor on the perimeter… gaining confidence in his blocking… showed flashes and could be primed for a breakout season.”

Mullins’ three years of eligibility come from receiving an extra year of eligibility due to COVID-19 relief given to athletes for the 2020 season. There were seven Gamecocks to hit the transfer portal after the end of this season.

Jackson State won a school record 11 games in 2021 before losing to South Carolina State 31-10 in the Celebration Bowl.