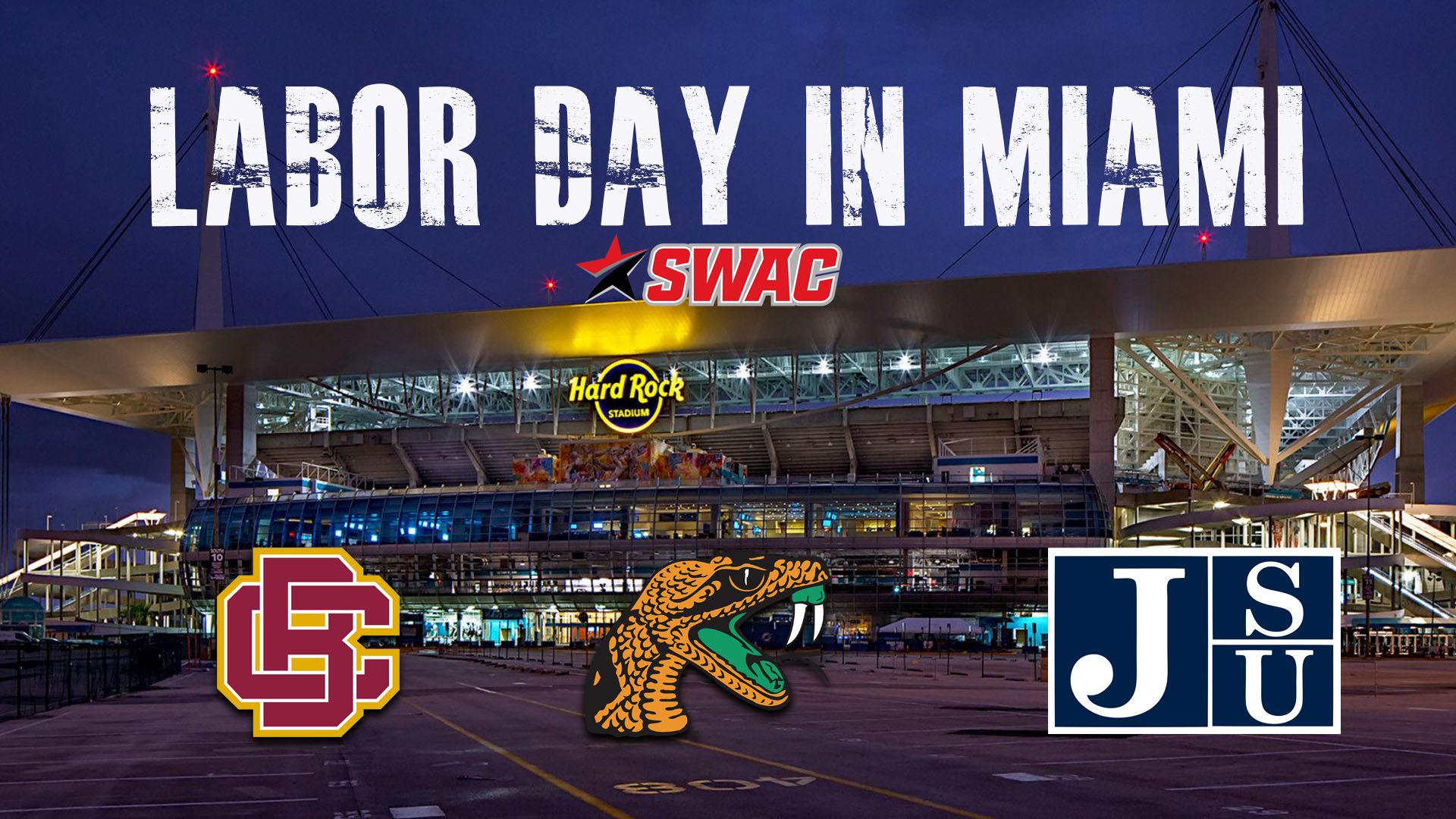 The SWAC to invade Miami on Labor Day Weekend

Miami will be the place to be for SWAC fans on Labor Day Weekend.

Labor Day Weekend in Miami just got more interesting for the SWAC.  The much-anticipated rematch between the Jackson State and Florida A&M is set for Sept. 4 in Hard Rock Stadium.  Also just announced is a season-opener on Sept. 3 between the Bethune-Cookman and the University of Miami.

Lost in the announcement of new Miami head coach Mario Cristobal was the Hurricanes finishing their schedule with the securing of the opener against B-CU.  Miami has historically included the marching bands in their contracts with B-CU and FAMU.  This could mean three of the top HBCU bands in the country would be in the same county, on the same weekend.  Imagine the possibilities of a Battle of the Bands with the Sonic Boom, the Marching “100” and the Marching Wildcats.

Jackson State and FAMU will take the field in what was one of the most anticipated SWAC games of 2021 and promises to be that again in 2022.  For FAMU it will be a chance at redemption from a lackluster 7-6 loss to JSU.  For JSU, it will be Deion Sanders and his rollout of top prospect Travis Hunter and several transfers that had to sit out last season, along with several newcomers.

One side note is the issue with the natural grass of Hard Rock Stadium.  The natural turf is ideal for traditional football games.  Last season, we heard grumblings from groundskeepers because of the toil that the Marching “100” and Sonic Boom put on the field.  Now by adding in a previous day with the Marching Wildcats and the turf could be an issue for the FAMU and JSU football teams.  That will be something to keep an eye on. Miami beat Bethune-Cookman 63-0 when the two teams last played in 2019.

The SWAC to invade Miami on Labor Day Weekend