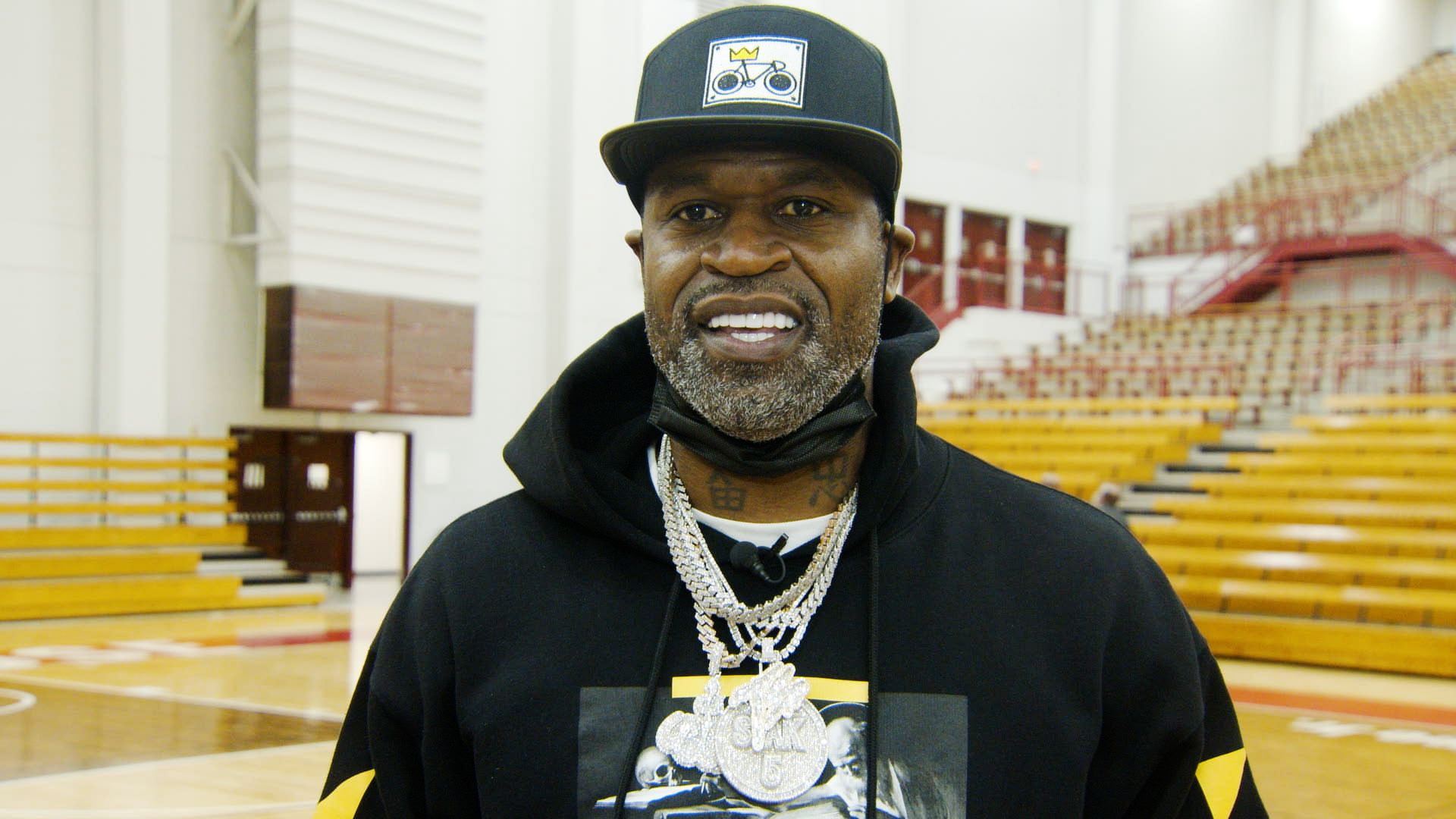 Stephen Jackson is supporting LeMoyne-Owen with his time and money.

Stephen Jackson blended into the sparse crowd at Morehouse College on Monday night. His 6’8″ frame was conspicuously covered by a hat and hoodie halfway up the visitors side of the arena. The 14-year NBA veteran wasn’t trying to hide, he just looked like another Dapper Don that blew in off the Atlanta streets.

It wasn’t until Bonzi Wells signaled him to courtside at halftime that I noticed him. Jackson hopped down the stairs with his silver fortress of chains swaying around his neck. Maybe it was platinum. The two quickly chatted with Jackson offering thoughts on what he saw on the floor.

Wells is a former NBA player as well, and is now the head coach at LeMoyne-Owen College. The two are friends and the Magicians were in town to play the Maroon Tigers. Jackson lives in Atlanta and came out to support the program that he recently donated $10,000 to.

“It’s my friend, a close friend of mine and my brother,” said Jackson.

“You want to see your brothers win. You support them in anything they do. We are both ex-NBA players, we both love the game. I know his passion. I know where he’s going with this organization. And we have a lot of friends in numerous fields that have a lot of money, and it can help this program get to where my brother wants it to be,” Jackson continued.

Jackson was the first

Wells is grateful for the donation, but not really surprised. Jackson, according to Wells, is always the first in his circle to step up.

“He was the first one of all my friends that really came in and put a significant donation to the program because he believed in what I’m trying to do, and he believed in me as a friend and a brother. So I’m just, at a loss for words. $10,000 for our program is a lot. We could get so much stuff done with that, and I just hope it becomes a domino effect with my friends, my NBA friends,” said Wells.

While $10k hits differently for a HBCU program, NBA players have wasted more on much less. Lebron James was recently fined $15,000 for an obscene gesture during a game. Fred VanVleet forked over the same amount less than a month ago. Both of those players are altruistic but it’s just an example of the economy of scale.

The give back movement is more than just a financial process. The giving of one’s time can be just as impactful. Jackson spent time after the game talking and instructing players from both teams. Besides his built in support for LeMoyne-Owen, Jackson is also connected to Kerry Richardson who plays for Morehouse. He describes him as his “little nephew.”

“What I’m doing now means more than any basketball or any shot I’ve ever made because I’m doing something for our people. I know what it’s like to not be able to talk to a NBA player, and not be able to get advice. So it feels good to give them my phone number and let them know that they have that avenue to get information that I couldn’t get,” Jackson said.

Bonzi Wells has seen most of everything when it comes to basketball and his NBA career. However, these small moments with he and his friend pouring back into the college game, with HBCUs in particular, can still feel surreal.

“A guy like Stak, who comes on the road, takes time out of his day to come support the kids. Go talk to them. I mean, you can’t make this stuff up, but that’s just who he is, and he’s always been like that.”

LeMoyne-Owen is currently 3-2 this season. Hopefully more wins in the support department are on the way.