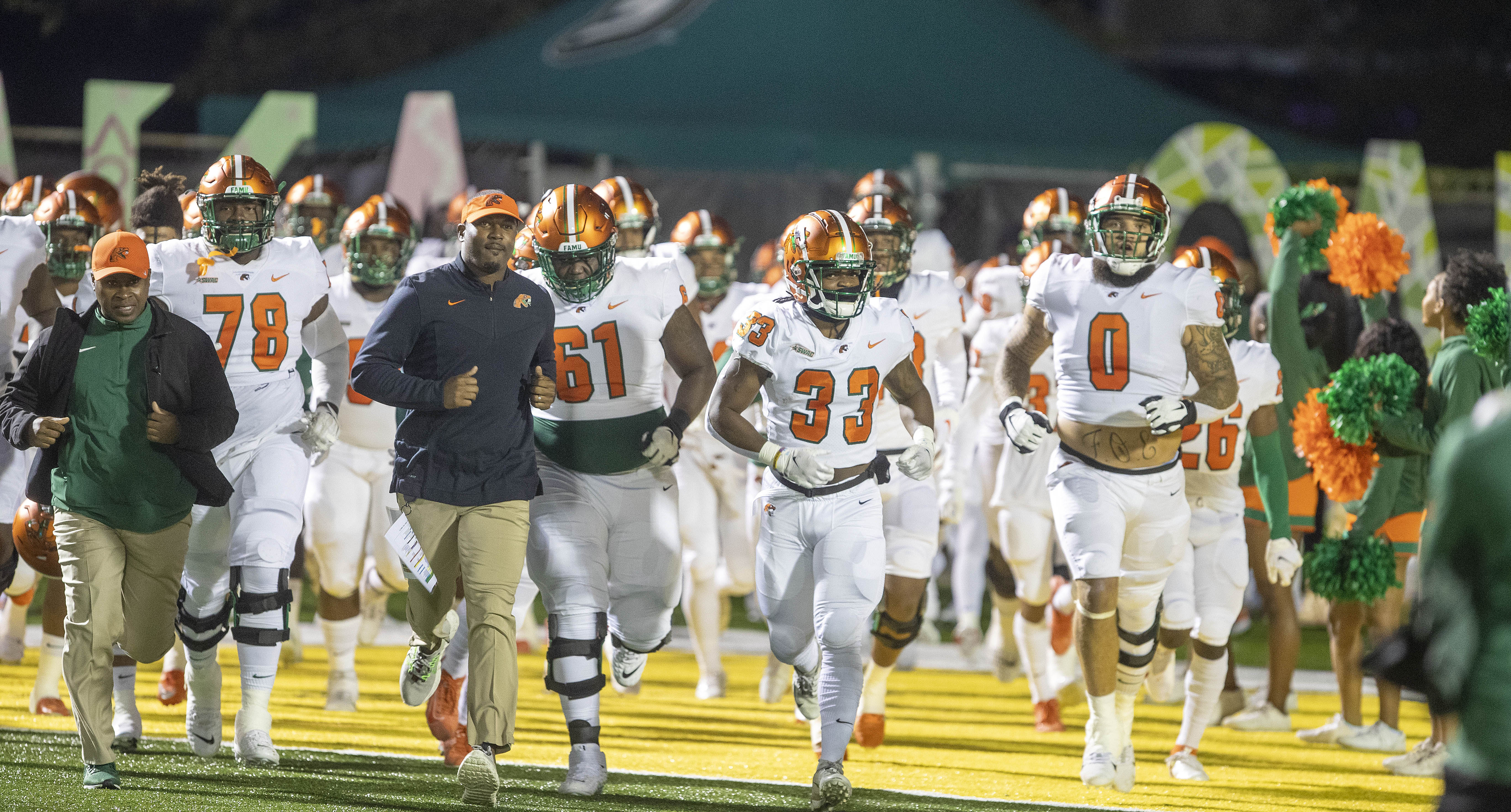 FAMU’s top NFL prospect Markquese Bell had his best overall game as a Rattler garnering 16 solo tackles. Bell was a bright spot for a defense that gave up 503 total yards of offense to Southeastern Louisiana (SLU) as it was not able to solve the Lions’ aerial assault that put up 345 on FAMU.  SLU would also gain 158 yards on the ground.

While it wasn’t the outcome the Rattlers had hoped for, Simmons knew that playing a team of this caliber at their home would be an uphill battle from the start.

“First, I would like to say how proud I am of these young men,” head coach Willie Simmons said. “To start off the season with a loss, everybody  wrote us off.  This team put it together and went on an eight-game winning streak and reach the Top 25 for the first time in a long time.  We probably don’t realize right now the magnitude of this season, but the FAMU history book will recognize this team.”

FAMU was called for 11 penalties for 107 yards

Aiding the Lions was 107 yards in penalties by the Rattlers, including nine penalties in the first half.  The penalty flags were the demons that the Rattlers could not exercise that kept the Lions on the field and extended critical drives.

FAMU’s Bishop Bonnett closed out his FAMU career with 38 yards on nine carries.  Quarterback Rasean McKay was errant at times, but uncharacteristic drops by the Rattler receiving corps did not allow FAMU to extend drives when needed against the stout SELU defense.

Xavier Smith had 87 yards receiving to the FAMU receivers with one touchdown.  Ja’Marae Sheread had five catches for 85 yards.  David Manigo hauled in three passes for 47 yards and one touchdown.

SLU quarterback Cole Kelley, an Arkansas transfer, went 31-45 for 345 yards with four touchdown tosses.  He was sacked three times and had one interception.  Nolan Givan was his favorite target in the game, catching six passes for 74 yards and one touchdown.  Taron Jones caught five passes for 85 yards and two touchdowns.  In all, Kelley hit 10 different SLU receivers.

For SLU, Sterrling Fisher had five solo tackles and two assists for a total of seven. Jack Henderson would be SLU second leading tackler with six total tackles.

FAMU wide receiver Xavier Smith talked about playing for Simmons.  “I feel great to play for Coach Simmons.  He’s a guy that puts you in the best position to make plays and gives you the best ways to approach life.  He’s a leader and playing for someone like him is the best,” Smith said.

Rattler fans made the trip

Hammond, LA is approximately six hours from Tallahassee. Still, about 2,000 Rattler fans made the trip to support their team. FAMU president Larry Robinson, Ph.D. and his wife Sharon led a large Contingency of campus administrators and staff that also traveled to support the Rattlers.

“Your university is proud of you,” Robinson told the team. “You have brought much positive visibility to our school and we want to say thank you for a great season.”