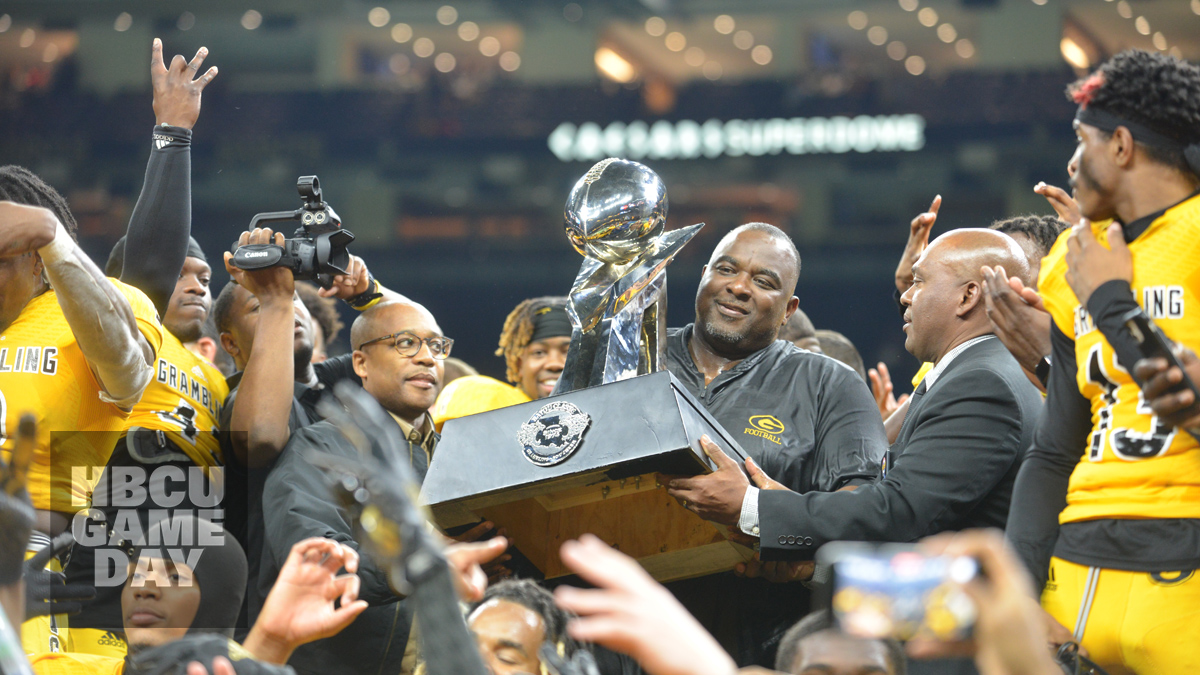 Grambling State used a potent running game and the leg of kicker Garrett Urban to win the Bayou Classic in New Orleans.

NEW ORLEANS, La. | Garrett Urban booted five field goals, none bigger than his last, as the Grambling State University football team snapped a three-game losing streak to its rival on Saturday afternoon with a 29-26 victory over Southern in the 48th Annual Bayou Classic at the Caesars Superdome.

Grambling State finished with 21 first downs and 500 total yards of offense, including 374 on the ground. It controlled the ball for 34 minutes as it picked up the win in front of 55,791 fans.

“We came here to do more than just have a good time,” Grambling State interim head coach Terrance Graves said after the game. We came here to win this game and I felt like we had an excellent game plan. We did a good job controlling the clock and was able to use our power with the ground game, which opened up some passing lanes. I felt Garrett Urban deserved being the MVP and really this was a total team effort.”

GSU quarterback Elijah Russell paced the ground attack with 168 yards and one touchdown, a one-yard plunge for GSU’s first score. His lone passing touchdown was a 23 yarder to Greg White to put GSU ahead 26-20 with 6:27 remaining in the fourth quarter. He connected with White again on a critical third-down conversion and used his legs to set up Urban’s game-winning kick.

Running back C.J. Russell also came up big for the Tigers, rushing for 101 yards. The Jaguars rushed for 241 yards.

The Bayou Classic concluded the season for both programs. Both finish the season 4-7.