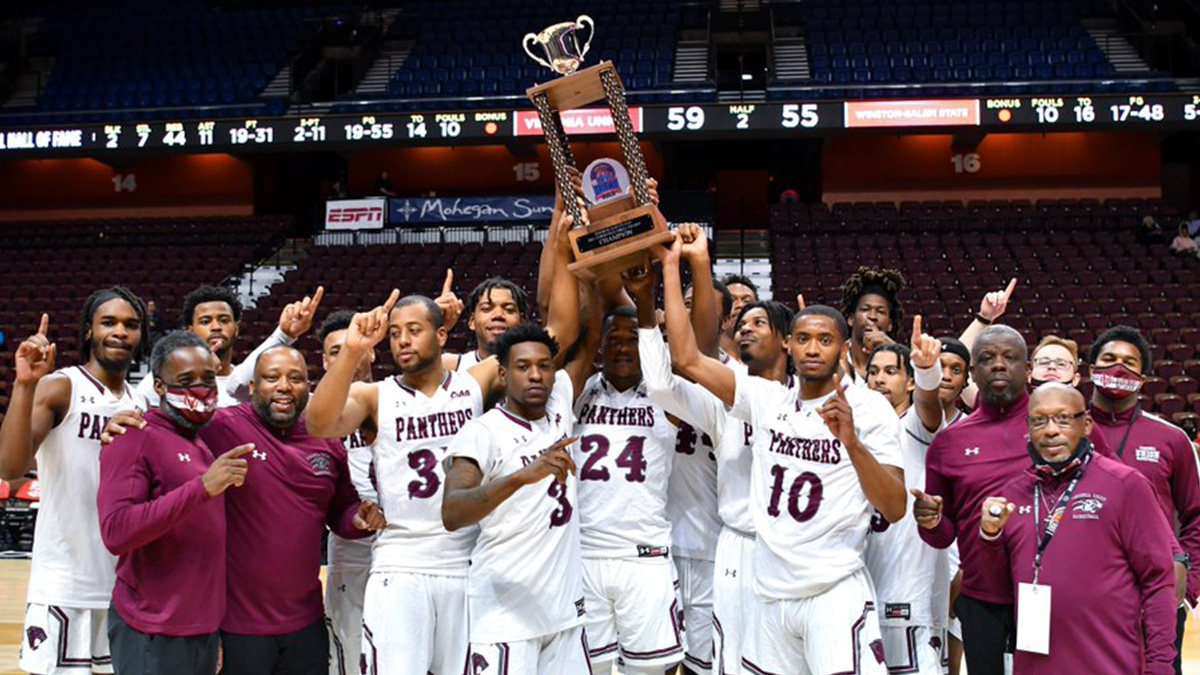 Virginia Union University’s Jordan Peebles scored 16 points to lead the Panthers to the championship of the Chris Paul HBCU Tip-Off with a 59-55 win over defending CIAA champion Winston-Salem State University on Tuesday, November 23, in Uncasville, Conn.

“This was a great win for our program,” said VUU head men’s Basketball Coach Jay Butler.  “Anytime you can beat the defending CIAA champs this early in the year was a huge win for us.”

VUU’s Raemaad Wright scored 14 points and grabbed a team-high 12 rebounds in the win.

“Jordan Peebles and Raemaad Wright had a very good tournament,” Butler said.  “This was an unbelievable experience for these young men to be a part of the first CP3 Tournament and to win the Championship!”

Virginia Union held Winston-Salem State to 35.4 percent field goal shooting for the game while the Panthers outscored the Rams in the paint 32-22. The game saw 10 lead changes and eight ties. VUU led for 19:31 of the game compared to 11:11 for WSSU.

“I thought defensively we were really good both days,” Butler said.

VUU raised its record to 3-1 on the season while Winston-Salem State fell to 4-2. Javonte Cook led WSSU with 15 points on 5-for-12 shooting from the floor. Jon Hicklin and Cameron Campbell added 12 points each in the loss.