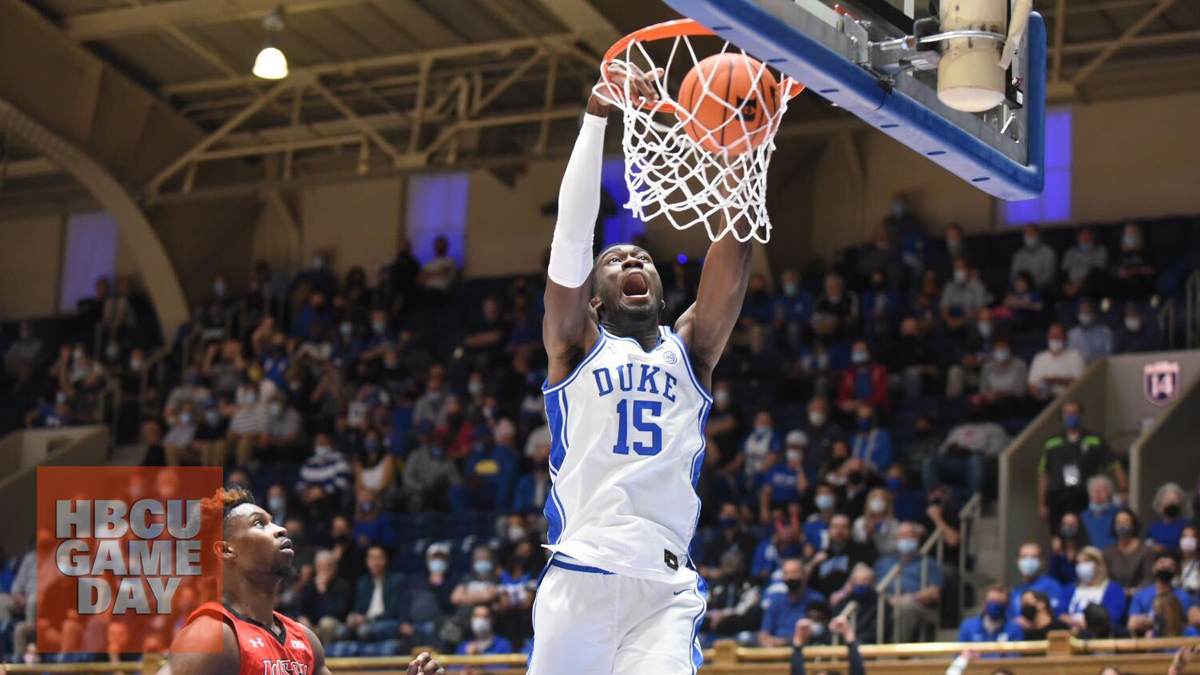 Duke made its return to Cameron Indoor Stadium after 600 days without fans in the stands. It took care of business against Winston-Salem State.

DURHAM, NC — If playing its first game in over 600 days wasn’t enough, Winston-Salem State upped the difficulty by re-starting against Duke at Cameron Indoor Stadium.

Things pretty much followed the predicted script as Duke handed the 2020 CIAA champs a 106-38 loss in an exhibition contest.

“I thought our guys played hard and well and sharp the whole time,” Duke head coach Mike Krzyzewski said after the game.

Duke came out of the gate strong, scoring the game’s first 14 points and leading by as many as 53 points in the first half. It shot 67.6 percent from the field and 58.3 from the 3-point line in the game’s first 20 minutes.

WSSU, meanwhile, struggled for everything it got. Freshman Isaac Parson scored 8 of the team’s first 10 points, connecting on three of the four field goals it had in the first half.

It would be more of the same in the second half as Duke outscored WSSU 53-25 en route to an easy win. It shot 53.5 percent from the field.

WSSU was led in scoring by a pair of freshmen. Samage Teel led the team with 11 points in 24 minutes. Parson and Cameron Campbell scored eight each.

WSSU head coach Cleo Hill said he was encouraged by the play of his young players on his team, which features 11 new players from the last time it stepped on the floor.

“They were very intense. I thought they played hard. They made some mistakes like freshmen are supposed to do — and upperclassmen — in a game of this magnitude. But I thought they stayed with it. They competed, they tried to run the offense.”

WSSU will have more Division I competition in the upcoming week. It will participate in a closed scrimmage against North Carolina A&T on Nov. 3 and then take on Winston-Salem neighbor Wake Forest on Friday.