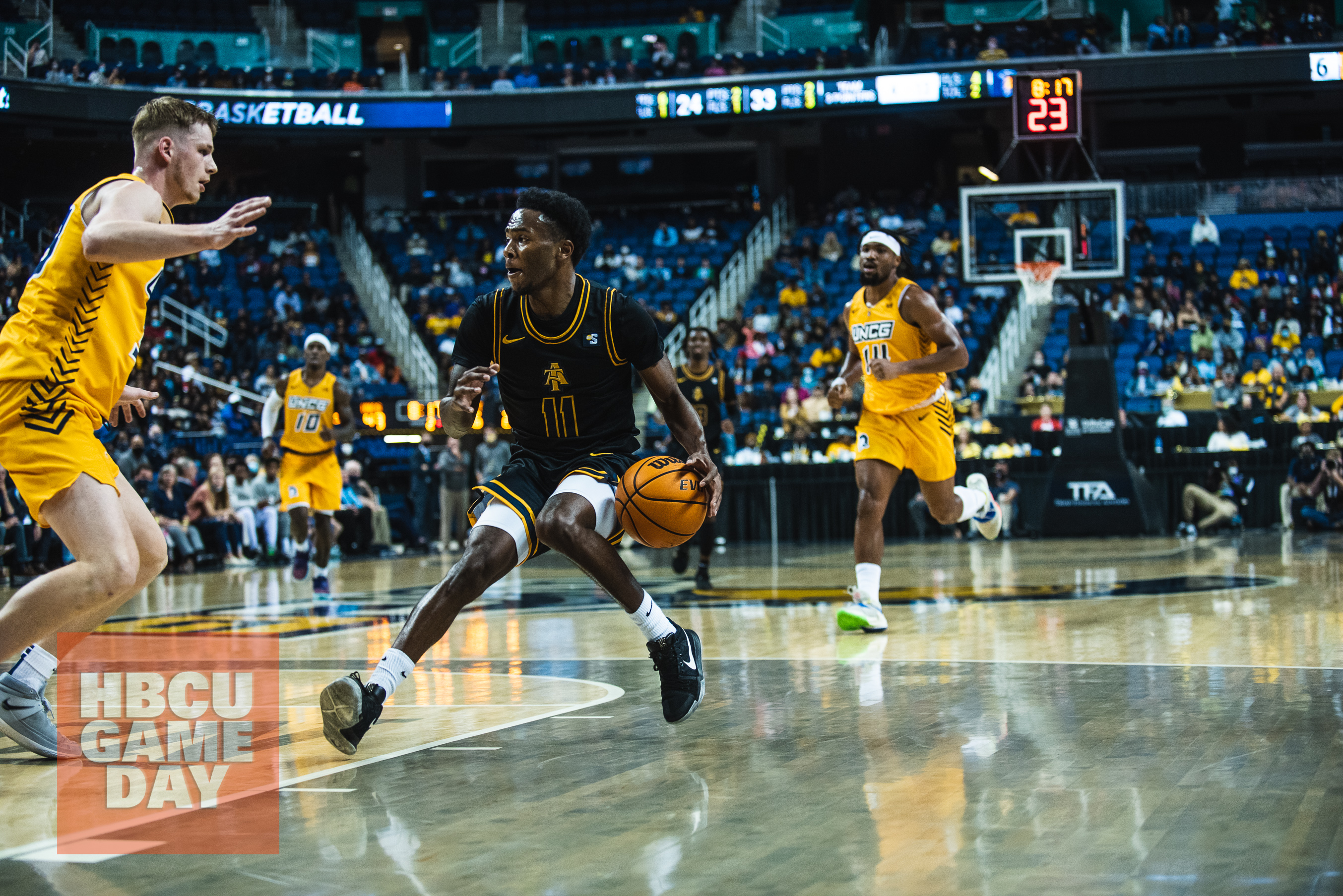 North Carolina A&T opened the 2021-22 season with a loss to UNC Greensboro. But there was plenty to like.

North Carolina A&T opened the new chapter of its basketball history with a tough loss 57-53 to crosstown rival UNC Greensboro.

The unofficial “Gate City Classic” was a game that featured several storylines — crosstown rivals, coaching and family ties — and the game was pretty intense if not crisp.

Here are three takeaways from the loss as A&T looks to head to Florida to take on Jacksonville on Saturday and South Florida on Monday.

Marcus Watson looks to be a steal for A&T

Marcus Watson was a four-star player coming out of Buford (GA) High School who originally committed to Oklahoma. The redshirt freshmen showed why he had Top 100 stats and Power Five offers with an impressive debut. He scored 17 points on 6-for-14 shooting, grabbed eight rebounds came away with two steals. If you take away his 3-point attempts he was 5-for-8 on the night including an impressive finish on an alley-top pass from Kam Langley. To say his A&T career looks promising is an understatement.

Tyler Maye could take on bigger offensive load this year

Tyler Maye came into the season with 16 double-figure scoring games in two seasons at A&T. If he continues to play the way he did on Tuesday night, he may match and exceed that total. Maye scored 17, tied with Watson for the lead on the night. He showed a nice mid-range game in addition to getting to the rim. If he emerges as a consistent double-figure scorer for A&T, that bodes well for head coach Will Jones and Co.

Sitting on the sidelines for A&T was Duncan Powell, the school’s highest-rated recruit ever. The 6’8 freshman is currently in post-injury protocol and hopes to be in uniform soon. At some point this season the team expects to have the services of Collin Smith, a talented 7-footer who last played at UCF. Adding these two pieces along with the development of Watson should get the attention of the team’s new Big South neighbors.