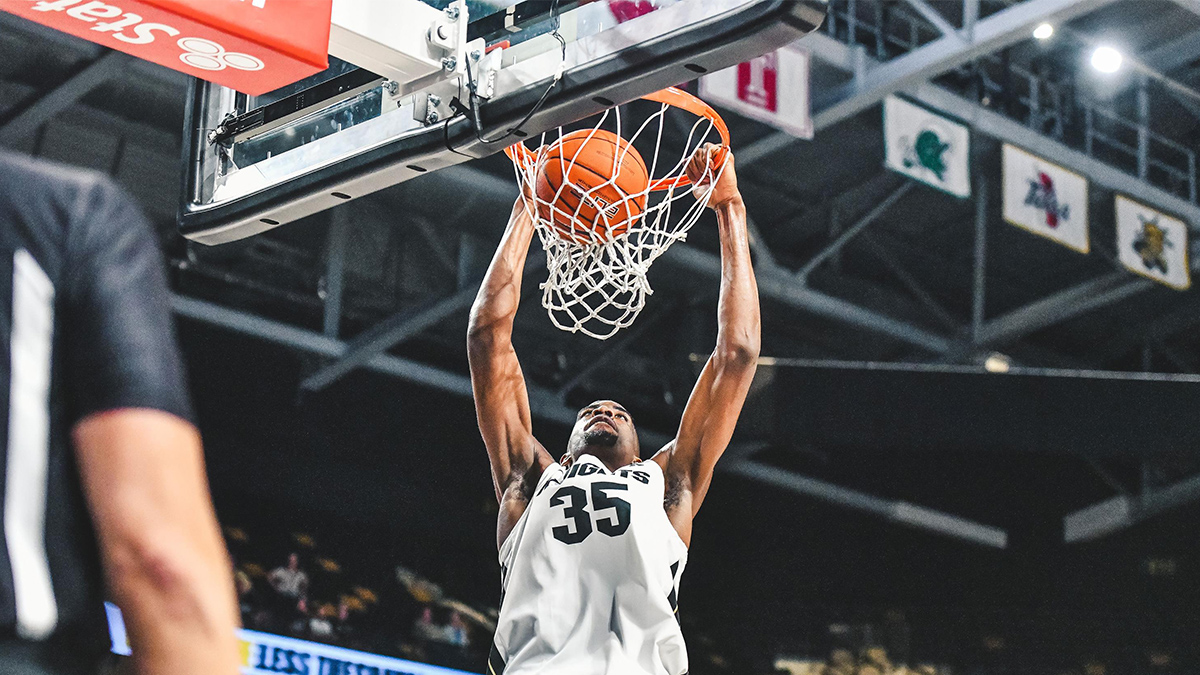 North Carolina A&T just added size and talent to its front line with the addition of former Central Florida center Collin Smith via the transfer portal.

North Carolina A&T men’s basketball is a few days away from its first practice, but it’s already picked up a few good wins.

NCAT picked up a commitment from transfer Collin Smith on Friday morning. The 6’11 big man will join A&T in the second semester as it enters its first season in the Big South.

Smith arrived via the transfer portal after spending two seasons at the University of Central Florida. He led the Knights in the 2019-2020 season in points (378), field goals made (133), free throws made (109), and blocks (19). Smith didn’t play at all last season, announcing that he was stepping away from the game due to unspecified health reasons.

When asked why he picked NC A&T, this was Smith’s answer.

“An opportunity to come and play for one of the most recognized HBCUs in the country? A chance that I couldn’t pass up,” he told HBCU Gameday. “I’ve done the PWI experience and it went well, but I thought it would be a great choice to finish out my collegiate experience with my people.”

The Jacksonville, FL native started his college career at George Washington. He finished second on the team in blocks during that season (2016-2017) and had a coming-out party against South Florida. He scored 22 points on 8-for-13 shooting and hit the game winner. He sat out the following season while transferring to UCF.

Collin Smith now joins an Aggie front line that will include Duncan Powell, a four-star freshman who stands at 6’8.