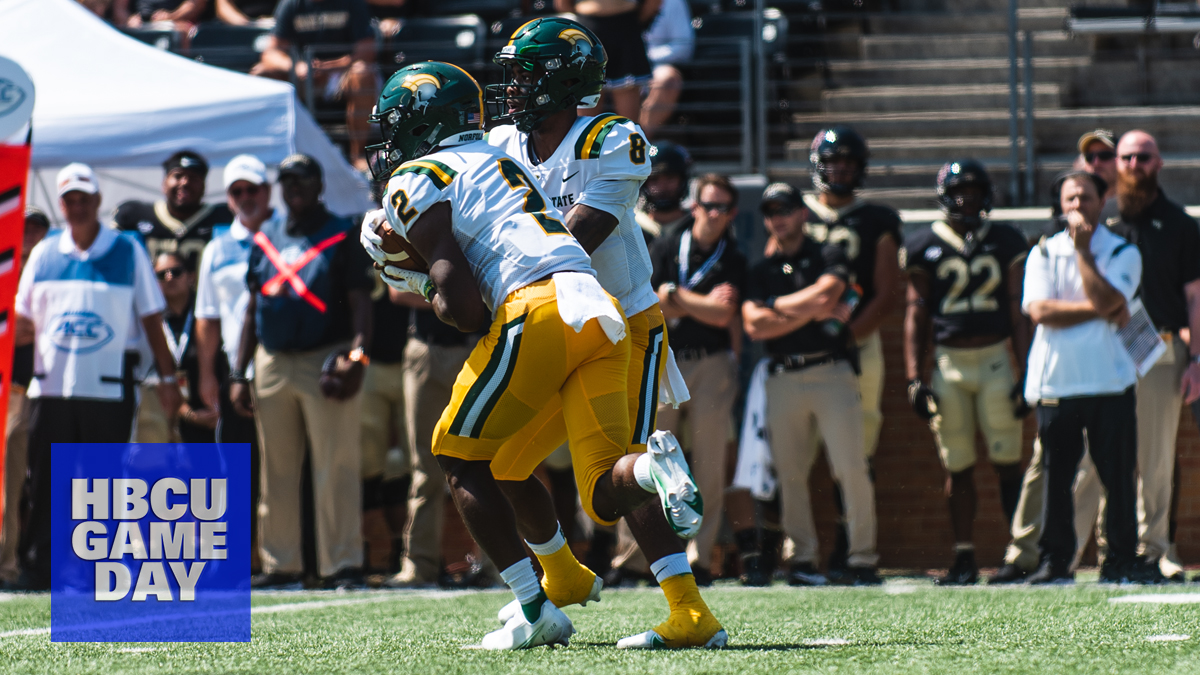 Four years ago, a young Juwan Carter led Norfolk State to an upset over MEAC power NC Central. He returns to Durham hoping to keep his team’s streak intact.

For all intents and purposes, the legend of Norfolk State quarterback Juwan “Pootie” Carter began on a cool fall day in Durham back in 2017.

The freshman was just a few games into his tenure as a starter for NSU. He had a couple of solid games against Delaware State, Hampton and Florida A&M. But those were middle-of-the-road MEAC teams. North Carolina Central was on an 18-game MEAC winning streak that dated back to October 2015. They were the defending MEAC champions and looking to keep pace with A&T to win at least a share of the MEAC for fourth-straight season.

A year removed from a solid career at Richmond’s Highland Springs High, Carter stepped onto the turf at  O’Kelly-Riddick Stadium and took down the Eagles. He threw four touchdown passes, the last of which was a 58-yard pass to Marcus Taylor that gave NSU a 14-point lead as the defense came through to pull off the upset.

Four years later NSU returns looking to extend a streak of its own as it pursues the first MEAC title in school history (the 2011 title was stripped away). Now a grizzled veteran with a bevy of weapons, Juwan Carter is just eight yards from passing the school record set by the legendary Aaron Sparrow back in the CIAA days. And he’s never lost at NCCU, winning in 2019 to spoil homecoming for the local guys.

NC Central will once again find itself hosting NSU for Homecoming. Besides playing for pride, it will be fighting to keep its MEAC hopes alive after dropping a frustrating game to South Carolina State the week before. It will need to win out and hope that NSU does as well — and it still may not be enough to get the job done.

NCCU leads the MEAC in scoring defense (24.5 ppg allowed) and pass defense (194.9 ypg). Norfolk State, meanwhile, ranks first in scoring (33.4 ppg) and passing yardage (233 ypg) and touchdowns (21). NSU also has the best rushing attack in the league, averaging better than 201 yards per game and rushing for 23 touchdowns. In fact, it has four of the top 10 rushers in the conference — led by J.J. Davis (580 yards and 6.3 ypc) and including Carter.

Long story short, the NCCU defense will have its hands full. NCCU’s offense has been hit-or-miss, depending heavily on quarterback Davius Richard. Richard leads the Eagles in rushing (255 yards, 4 TDs) and has also thrown for 1,487 yards and 11 scores.