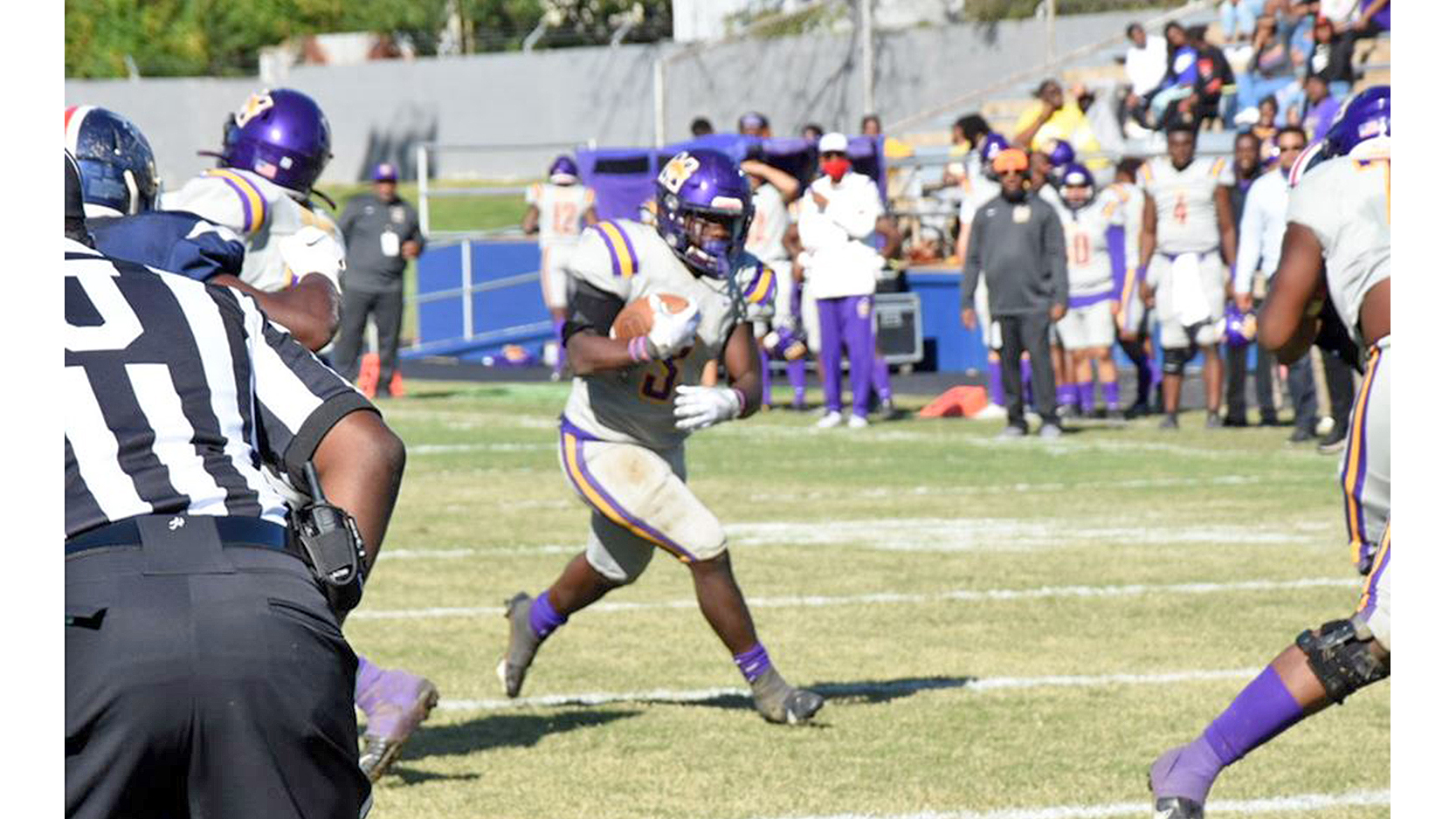 The Golden Bears of Miles can take the SIAC West title for the third straight year with a win Saturday and Tennessee State can take the Ohio Valley Conference lead. Check out these and other top games on the Week 10 HBCU Football Rundown.

This week’s HBCU Football Rundown speaks of three teams that punched their tickets to postseason play last week and one remaining slot that will be filled in Saturday’s games.

That means Bowie State and Fayetteville State will face off for the third straight year in the CIAA Championship Game in two weeks (Nov. 13) in Salem, Va.

The last team to earn a spot in HBCU Div. II championship games will come out of the SIAC West Division and face Albany State for the SIAC championship game on Nov. 13. Three teams – Kentucky State, Miles and Lane – will go into the final week of regular season play this week tied with 3-2 conference marks and with a shot at the division title.

The Miles-Tuskegee battle is right up there with the greatest of season-ending HBCU in-state rivalries.

Columbus, Georgia is the site of another season-closing SIAC gem this week, the 31st annual Fountain City Classic, that pits Georgia in-state rivals Albany State and Fort Valley State (2 p.m.). Included among them is the Virginia State vs. Virginia Union showdown to close out regular season play in the CIAA this Saturday (2 p.m.). The upcoming in-state Louisiana battle between Southern and Grambling State on Thanksgiving Saturday (Nov. 27) dubbed the Bayou Classic brings a close to the SWAC regular season.

Before this year, NC A&T and NC Central closed out the MEAC regular season. That ended this year as A&T bolted to join the Big South Conference.

Tuskegee, under 16-year head coach Willie Slater, has won six of the last ten games with Miles. But Miles has won the last two and split the last six.

Ruffin, in his tenth year at Miles, spent the previous five years under Slater as defensive coordinator at Tuskegee. Since coming to Miles, he has turned around the rivalry once dominated by Tuskegee. Over the last ten years, Tuskegee and Miles each has won four SIAC championship games and represented the West Division (Miles 5, Tuskegee 4) in all but one of the title games. Ruffin’s Golden Bears have won the last two SIAC championships.

Miles will come in as the favorite after winning its last three games. Tuskegee has lost three of its last four. A Miles loss will open the door for either Lane or Kentucky State to take the West title and championship game berth.

Preseason MEAC favorite S. C. State (4-4, 3-0 MEAC) and second choice Norfolk State (6-2, 2-0) are both undefeated in conference play and could be headed for a season-ending showdown on Nov. 20. But each has a couple more hurdles to get there in a conference where teams appear to be evenly matched.

FAMU is coming off a 26-3 homecoming win last week over Grambling but is catching some flak for security at the game.

While “Coach Prime” Sanders and Jackson State have been soaking up most of the headlines, first-year head coach George and his Tigers of Tennessee State (5-3, 3-1) have now won four straight games and sit tied for second in the Ohio Valley Conference.

STREAMING GAMES (All on ESPN+ except one)

Alcorn State vs. Bethune-Cookman in Dayt. Beach, FL 11 am ET