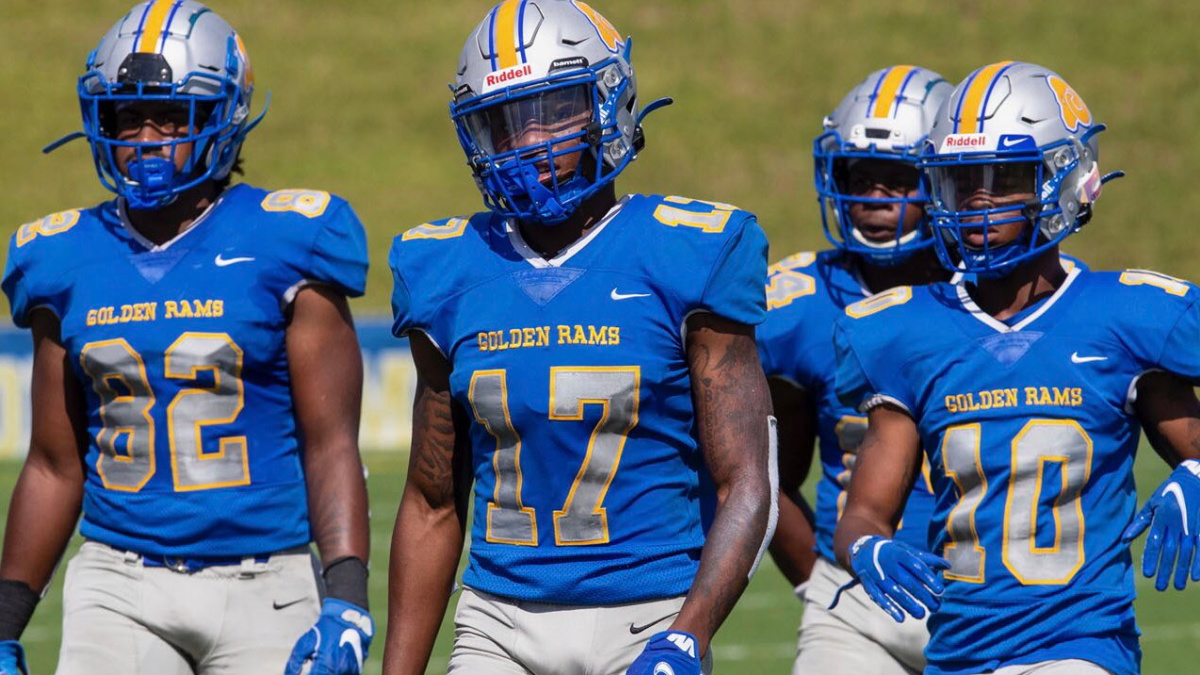 The Albany State University Golden Rams outlasted the Morehouse Maroon Tigers 14-10 at Lakewood Stadium in Atlanta, Georgia on Saturday afternoon. The Golden Rams are now undefeated in the SIAC with an overall 8-1 record. They have now officially clinched the SIAC East title. The Marron Tigers fall to 3-6 overall and 3-2 in the conference.

Both teams brought two shutdown defenses to the game today. The Golden Rams had only given up nine points in their previous five games. The Maroon Tigers had held opposing offenses to a collective 23 points in their previous three games. The matchup was low-scoring as expected today. Albany State got on the board first to take a 7-0 lead in the second quarter. Morehouse forced a turnover after the half and was able to convert for a touchdown. The game remained tied at 7-7 until midway through the fourth when the Golden Rams found the endzone again.

Morehouse was forced to settle for a field goal with four-minute remaining to edge closer 14-10. The Maroon Tigers defense grabbed an interception with a little less than three minutes to go in the game. That turnover kept Morehouse in the game but their offense was not able to score again.

THE GOLDEN RAMS ARE ROLLING

Albany State University will head to Columbus next Saturday to take on Fort Valley State University in the Fountain City Classic. The Golden Rams are rolling on a now six-game winning streak. ASU’s head coach Gabe Giardina is focused on getting that last regular-season win of the season.

“We have the game left. The Fountain City Classic. It is no bigger game for us every single year,” Giardina stated. “We are excited to play in that. That is the only thing we are worried about. The championship game will take care of itself if it is supposed to happen. We have to worry about Fort Valley. We are excited.”