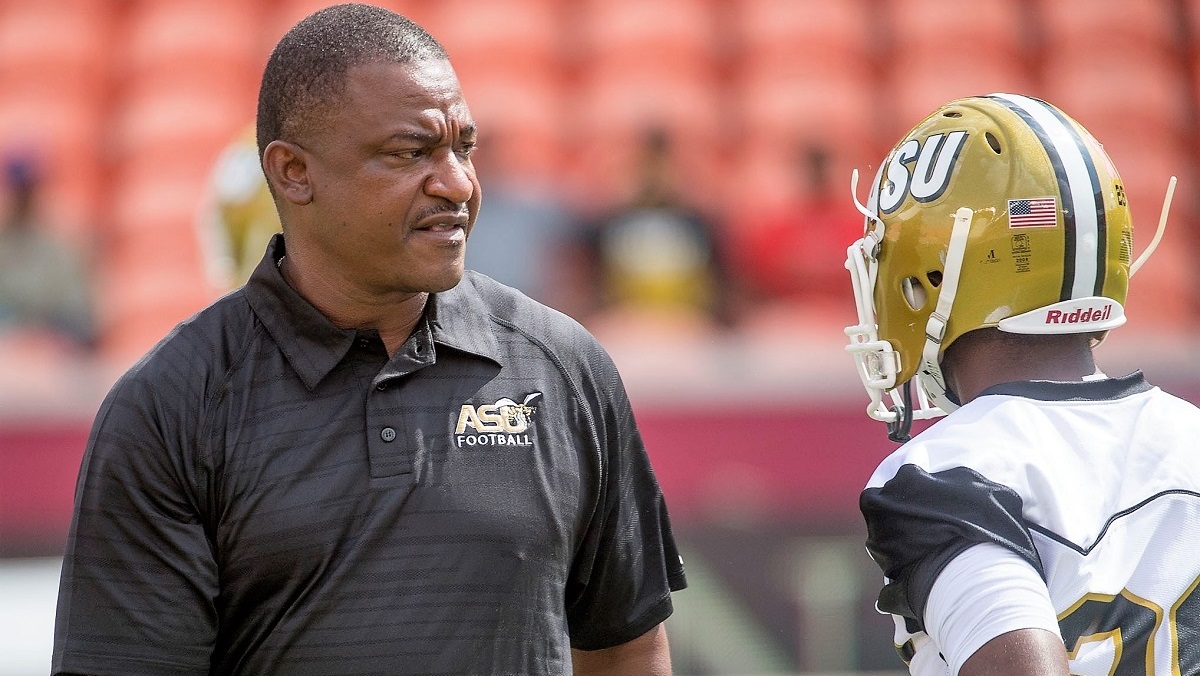 Alabama State University has made a change at the top of its football program as it finishes the 2021 season and moves towards the future.

Dr. Donald Hill-Ely has been relieved of his duties as head football coach, the school announced in a release. Defensive coordinator and safeties coach Travis Pearson has been named interim head coach.

“We want to thank coach Eley for his seven years of service and commitment to Alabama State and wish him the best in the future,” ASU Director of Athletics Dr. Jason Cable said in a release.

ASU fell to 3-4 on Saturday in its fourth-consecutive loss to rival Alabama A&M in the Magic City Classic. ASU was 20-21 under Hill-Eley, who took over as interim head coach after Brian Jenkins was fired by Alabama State during the 2017 season.

ASU went 5-1 under Hill-Eley during his interim season, including a win at the Magic City Classic. Those two things — a winning season and a victory over the program’s primary rival — were two things that never happened again. The team finished 4-7 in 2018, 5-6 in 2019 and 3-3 during the spring season.

Pearson will guide ASU through the final four games of the season, starting with Saturday’s matchup against SWAC contender Prairie View A&M.