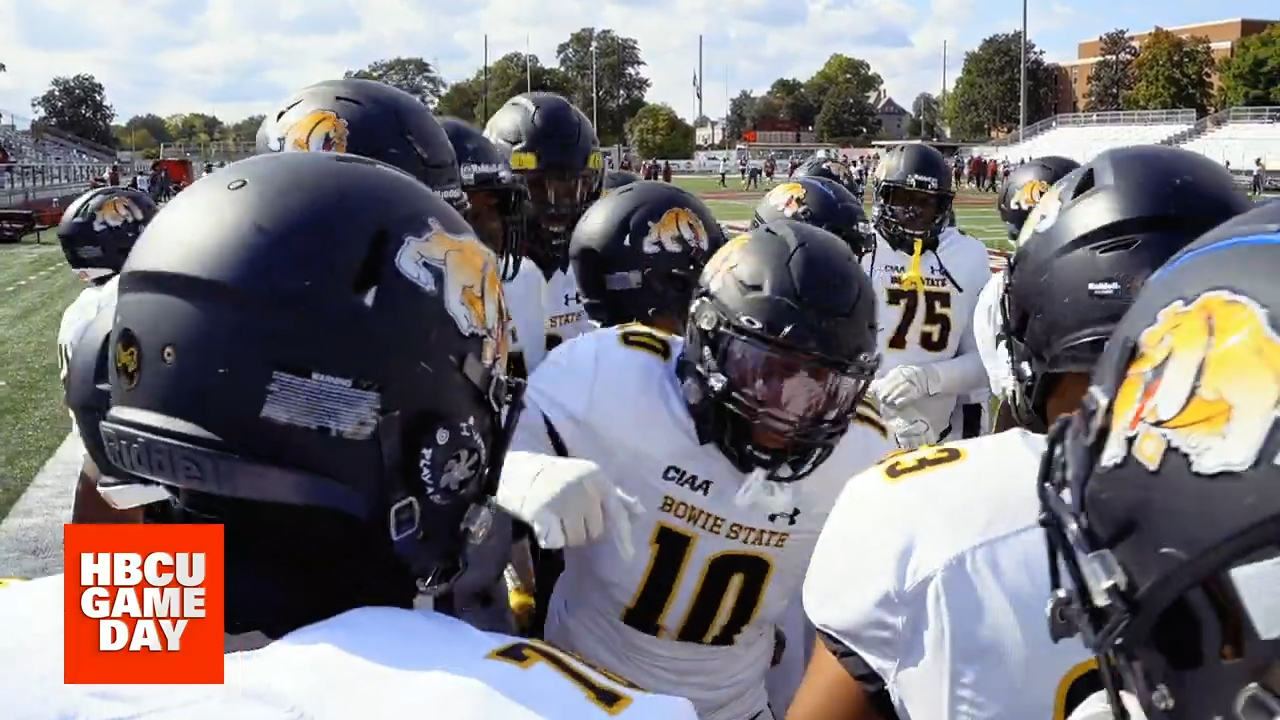 Where HBCUs stand in the D2 football playoffs picture

The initial 2021 D2 football regional rankings are out and two HBCUs are sitting pretty while a third is on the outside-looking in.

The NCAA released the first iteration of D2 football regional rankings for determining the 28 playoff participants.  The NCAA divides those 28 participants into four Super Regions, and the Super Regions are divided based on geography.  Each regional ranking reflects 10 teams in the ranking; essentially, the seven playoff spots and the first three teams out. Below is a Q&A about the Regional Rankings.

What HBCUs are included in the first D2 Football Regional Rankings?

The CIAA and SIAC compete in Super Region II along with the Gulf South Conference and South Atlantic Conference. The three teams recognized in the first poll is Bowie State (5-0 against in-region teams, 7-1 overall) as the second seed, Albany State (7-1, 7-1) as the third seed, and Fayetteville State (6-1, 6-1) in the 10th position.

What is the significance of each team’s position?

Fayetteville State has only has one loss. What gives?

FSU has two things working against it.  First, FSU played Wingate, but lost.  The playoff committee uses head-to-head matchups to help with seeding.  Secondly, FSU has a very weak Opponent’s Winning Percentage (OWP). OWP is another criteria used in determining seeding selection. FSU’s OWP is .367. FSU’s best win is against a 5-2 (in D-II) Shaw, and the Broncos are 1-1 against teams with a .500 record or better in DII play.  FSU’s OWP is poor mainly because of the CIAA South’s pitiful records, and the South isn’t likely to come to FSU’s aid to finish the regular season (Livingstone is 1-7, and WSSU is 3-3).

By comparison, Bowie State’s OWP is .461 to this point, and has a 4-0 record against teams .500 or greater (New Haven, Saginaw Valley State, Virginia Union, and Chowan).

Who is on this playoff committee?

What else do I need to know about the D2 Football playoffs?

There are no automatic qualifiers like you would see in FCS play; rather, each team is selected as an at-large participant.  Schools seeded 5-7 could jump to another region to save on travel cost as deemed by the NCAA.  In this case, Bowie State could be vulnerable to hosting a school from Super Region I, while Albany State is likely to host someone in-region given their geography.  Rankings do not include games yet to be played.  Games against non-DII schools do not count when qualifying for the playoffs (i.e. Bowie’s loss to Delaware State did not hurt BSU in this scenario).

Where HBCUs stand in the D2 football playoffs picture