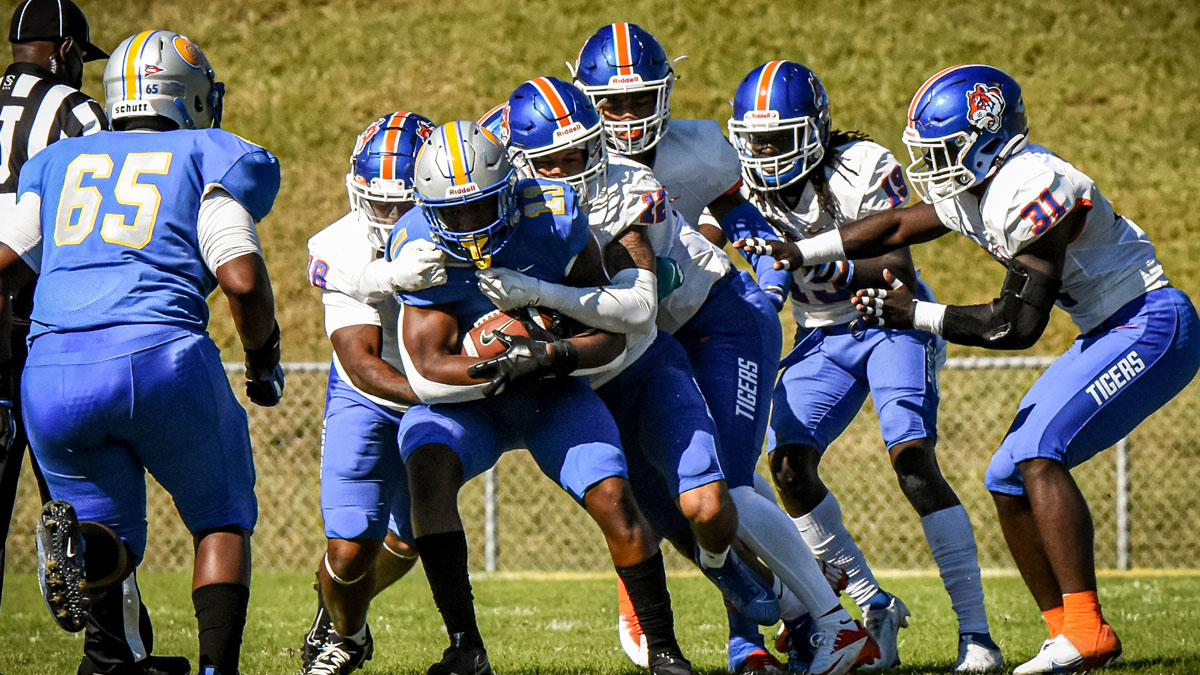 Here’s a rundown of all the action from Saturday

Here is a look at HBCU football scores from Saturday October 23, 2021.

The biggest shocker out of the CIAA on Saturday might be Elizabeth City knocking off Chowan at its homecoming. Bowie State held off a formidable Virginia Union and the rest of the conference went chalk on Saturday.

It was a cut the check day for Arkansas Pine-Bluff. Jackson State shook off a slow start to easily roll by Bethune-Cookman University. Florida A&M made a crucial fourth down stop late in the fourth quarter to stave off the upset attempt from Mississippi Valley State University. Prairie View A&M spoiled homecoming for Southern University while Alcorn State waited out a weather delay to roll over Texas Southern.

Miles College pulled off a quality victory at Kentucky State. Allen University heads south in Due West, SC falling to Erskine. Edward Waters had no problem with Central State. Lane poured cold water on the Tuskegee homecoming. Fort Valley State wiped the bad taste out of its mouth from last week’s throttling. The Albany State versus Savannah State game turned out to be more hype than the game to watch in HBCU Football on Saturday. Albany State is the team to beat for now. Morehouse continues to turn things around, it will get a thorough test next weekend against Albany State.

Hampton held serve at home as the North Carolina A&T offense struggled for the second week in a row. Tennessee State took care of business on the road with a shutout of Eastern Illinois.

The photo used in this article is courtesy of Sarah Peacock via Savannah State Athletics.