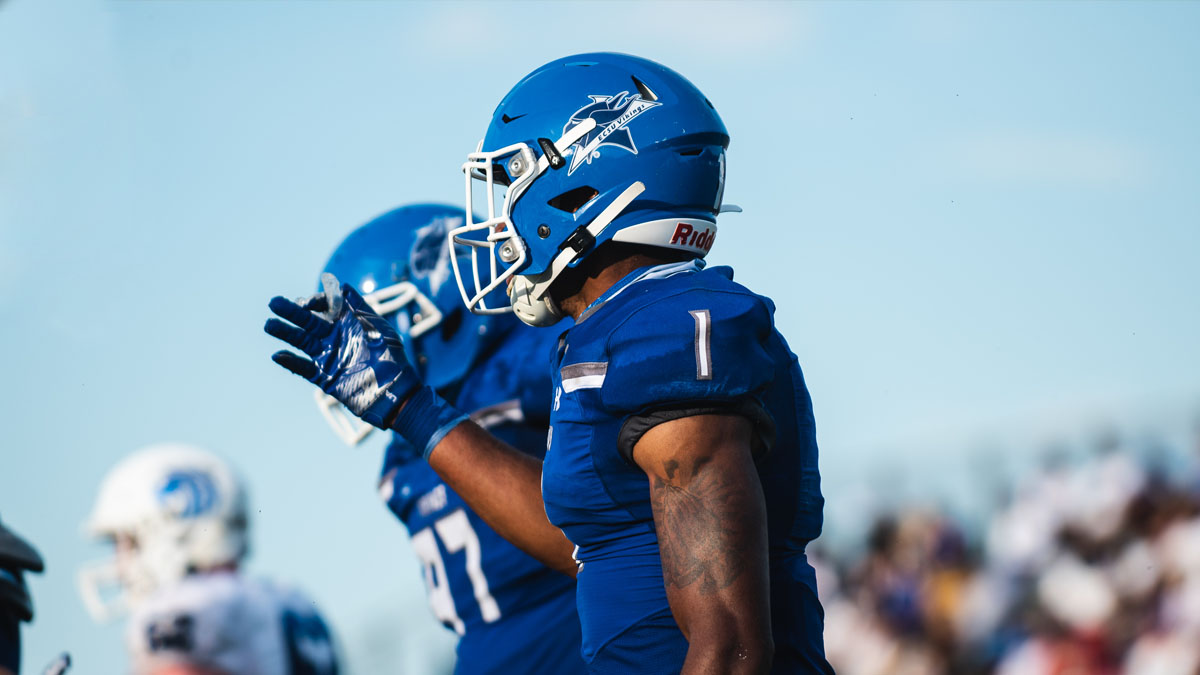 Vikings snap their losing streak to Chowan as the Hawks continue to spiral.

Elizabeth City State celebrated their homecoming on Saturday with a 32-28 win over Chowan.  The win allowed the Vikings to snap a three-game losing streak to the Hawks.

ECSU (3-2, 3-5) opened the scoring on a fast moving first quarter with a 2-yard rushing touchdown from Kevin Caldwell.  Chowan (2-3, 5-3) responded with two long touchdown scoring passes, a 79-yard strike from Bryce Witt to Imeek Watkins, and a 75 yards from Witt to Ja’Quan Albright.  ECSU responded with a 32-yard touchdown pass from backup quarterback De’Abrie Smith to Zion Riddick.  ECSU was able to score again by Khalil Turner’s blocking of Luis Orellana’s punt, and Shai Wheeler recovering the ball in the endzone.

ECSU’s demonstrated some resilience to pick up the win.  Chowan outgained ECSU 510-280 yards, including more than doubling ECSU’s passing output (474-226).  Despite the significant disparity, one particular event stood out.  Chowan was leading 28-25 and had an opportunity to extend their lead in the early fourth quarter when they were within the ECSU 10.  On fourth-and-3, ECSU’s defense was able to limit a Witt to Watkins pass to two yards, forcing a turnover on downs.  While ECSU converted on all three red zone attempts, Chowan’s ability to convert on two of the three red zone attempts proved to be a key difference in this game.

ECSU’s win stops a two-game losing skid.  The Vikings host Virginia Union (3-2, 4-4) next week.  Chowan’s losing streak is now at three games after starting the season 5-0.  The Hawks travel to Virginia State (3-2, 3-4) next week. Both games can be found on the CIAA Sports Network.