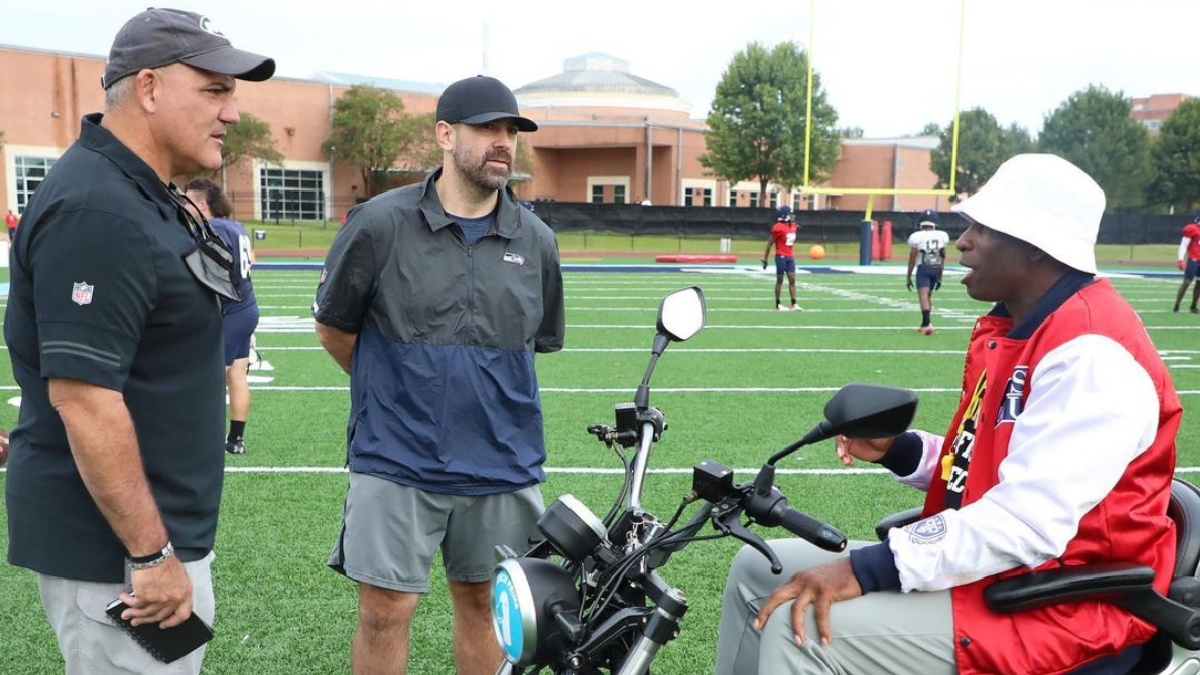 Jackson State hasn’t had a player drafted to the NFL since 2008. Fast forward 13 years and professional scouts are knocking at its door.

Jackson State hasn’t had a player drafted to the NFL since 2008. Fast forward 13 years and professional league scouts are knocking at its door.

Coach Prime announced on Instagram on Monday that two NFL scouts attended the Tigers practice. Aaron Hineline from the Seattle Seahawks and Dom Green from the New York Jets pulled up to Mississippi. Hineline is currently the assistant director of college scouting for the Seahawks. Green is a national scout for the Jets organization.

ALL EYES ON ON JSU

Jackson State is coming off of a 61-15 win over the defending SWAC champions in Alabama A&M. The entire Tigers roster stuffed their stat sheet against the Bulldogs and now all eyes are on JSU. One of the biggest draws of Deion Sanders going to JSU was his connections in the NFL. Sanders is a football legend and is already using his resources to get his athletes exposure.

The Tigers roster has several seniors and graduate students working to get to the next level. JSU linebacker James Houston transferred from Florida as a graduate student this past summer. Houston said in an interview with HBCU Gameday that he believed this was the program that could get him to the NFL.

James Houston has been playing out of his mind this season. The linebacker has three forced fumbles and a pick-six as of Week Five. Houston bought into the promise that Coach Prime made about bringing exposure to JSU athletes and is now benefitting.