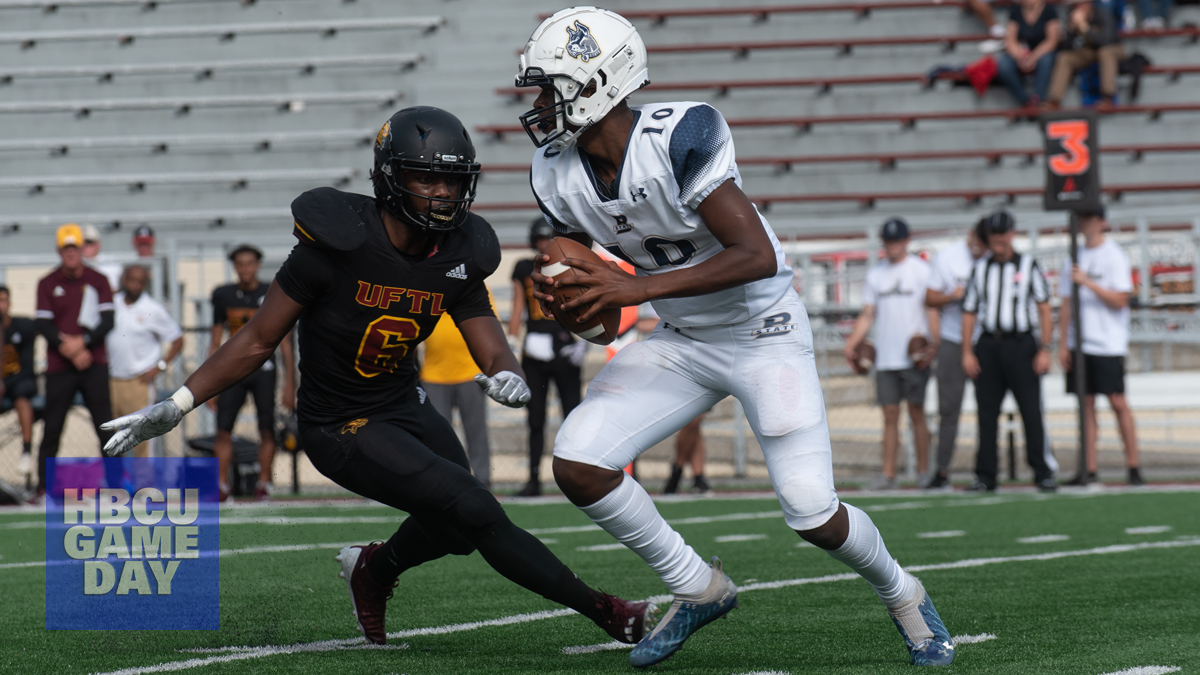 Bluefield State hasn’t had a football game as part of homecoming in over 40 years. The West Virginia-based HBCU picked up its first home win Saturday.

BLUEFIELD, WV — Bluefield State alumni returned to their HBCU for homecoming with a football game to watch for the first time in a long time, and they were not disappointed.

BSU beat Fort Lauderdale 23-9 on Saturday to win its third consecutive game in its inaugural season after a 41-year absence. While the alumni and community may have been thrilled with the loss, head coach Tony Coaxum saw plenty of room for improvement.

“We didn’t play the way we were capable of playing. We try to play to a standard, and not necessarily an outcome,” Coaxum said after the game. “Again, we’re going to celebrate we won the ball game — but we’ve got to play better.”

Despite Coaxum’s critique, his team never trailed in the game. It got an early boost when it blocked a punt in the game’s opening minutes leading to a Kishion Grandberry touchdown run from three yards out to put BSC up 7-0 with 10:49 remaining in the first quarter.

Fort Lauderdale would reply with a 33-yard field goal by Hector Molero to cut the lead to 7-3 with 6:03 left in the first quarter.

Bluefield State would get some breathing room late in the first half when J’Rell Joseph connected with Nuccio Lisitano for a score on a nine-yard pass to make it 14-3 at halftime.

Fort Lauderdale came back with a 13-play, 68-yard drive that saw Craig Cooper haul in a 10-yard scoring pass from Kyle Kaplan. However, the PAT was blocked and returned 98 yards by Kenya Walker to increase the BSC lead to 16-9 with 6:06 remaining in the third quarter.

Bluefield would put the game away with a nine yard run by Grandberry to push the lead to double-digits with just over three minutes remaining.

Grandberry finished with 78 yards and two scores while Markaden Bryant added 70 on the ground. Jamrarioous McClellan led the defense with nine total tackles. BSC limited Fort Lauderdale to 161 yards of total offense on the day.

Approximately 1,000 people filed in to see an HBCU tradition it hadn’t experienced in more than 40 years — a homecoming football game. Coaxum said he was happy to have the support as his fledgling program takes shape.

“Homecomings are a big deal,” Coaxum said. “All the people that’s been around here and came back for it, we’re excited about that we just want to continue to see this thing grow from here.”