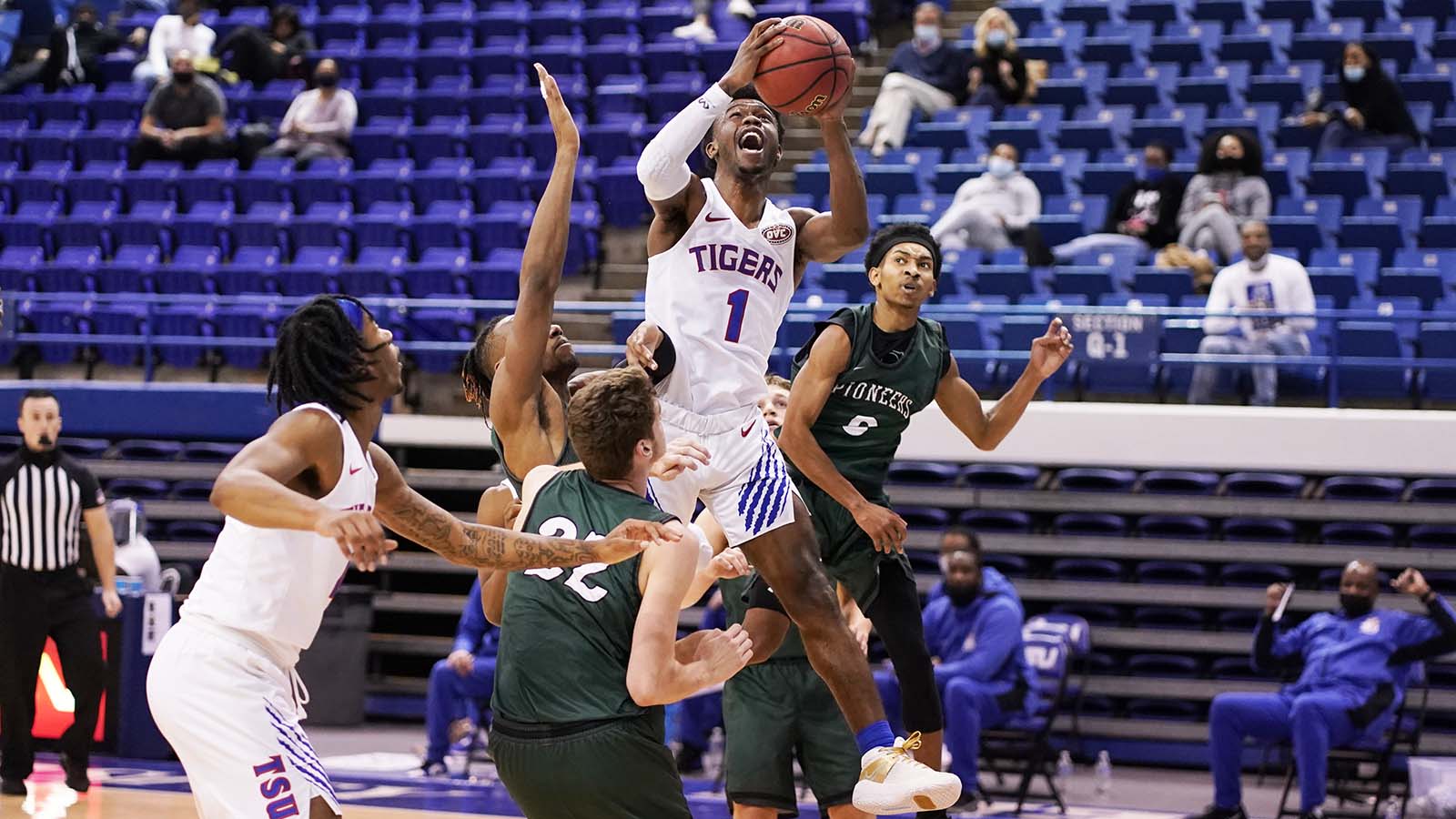 NASHVILLE — After a shortened season due to the ongoing COVID-19 Pandemic, Tennessee State University men’s basketball coach Brian “Penny” Collins is pleased to announce the 2021-22 schedule that will feature 13 home games at the Gentry Center.

Entering his fourth season in #RoarCity, Collins has put together a competitive non-conference schedule that will prepare the Tigers for a grueling Ohio Valley Conference slate.

TSU returns two of its top three top scorer from a season ago in guard Marcus Fitzgerald Jr. (12.5) and forward Shakem Johnson (11.8). Coach Collins welcomes back Carlos Marshall Jr.,  who sat out last season with an injury after leading the team in scoring during the 2019-20 season. The squad also introduces 11 newcomers to the roster including highly recruited rookie Hercy Miller.

TSU opens its 41st season of basketball with an exhibition against local Division II foe Trevecca Nazarene on October 27. This is the first meeting between the Tigers and Trojans since Nov. 5, 2012, a 86-56 exhibition win.

The regular season begins on the road in Huntsville against Alabama A&M on November 9th; followed by a neutral-site contest in Atlanta against MEAC Champion Norfolk State on Nov 13. The meeting with the Spartans is part of the Gateway HBCU Invitational to be played at Gateway Center Arena, home of Atlanta’s NBA G League and WNBA franchises.

Fans will have an opportunity to see the Tigers at the Gentry Center twice in November starting with the home-opener against NAIA member Fisk University in the Battle of Jefferson Street on the 16th. TSU is 20-3 all-time against Fisk and is riding a 12-game winning streak over the Bulldogs after a 99-65 victory on Nov. 18, 2019.

TSU will compete in a multi-team event with road games at South Dakota on Nov. 21, and Nebraska on Nov. 23. A post-Thanksgiving home bout with Southern University from the SWAC on Nov. 28 concludes the in-season MTE.

December is jam-packed with seven of eight games before the Holiday Break. Tennessee State will return to Atlanta for a meeting with Georgia State on Dec. 1 and then a quick turnaround to face Chicago State in the Windy City on Dec. 4.

The Gentry faithful will get another glimpse at the Tigers on Friday, Dec. 10 against IUPUI — the lone non-conference return game — before three straight on the road starting locally at Lipscombe on Dec. 12. A trip to South Carolina puts the Tigers scratching through Charleston Southern on Dec. 16 and South Carolina State on the 18th.

The final non-league tune-up pits a home contest against Campbellsville-Harrodsburg, a member of the USCAA (United States Collegiate Athletic Association).

OVC play ends the month of December versus Tennessee Tech on the 30th.

The Gentry Center on Saturdays in January will be the place to be with highlighted games against Southern Missouri (Jan. 8), defending OVC Champion Morehead State (Jan. 15), and Austin Peay (Jan. 22).

The battle for the OVC crown takes place March 2-5 in Evansville, Ind.

Basketball season and single-game tickets will be available in the upcoming weeks. Please check TSUTigers.com for more information.