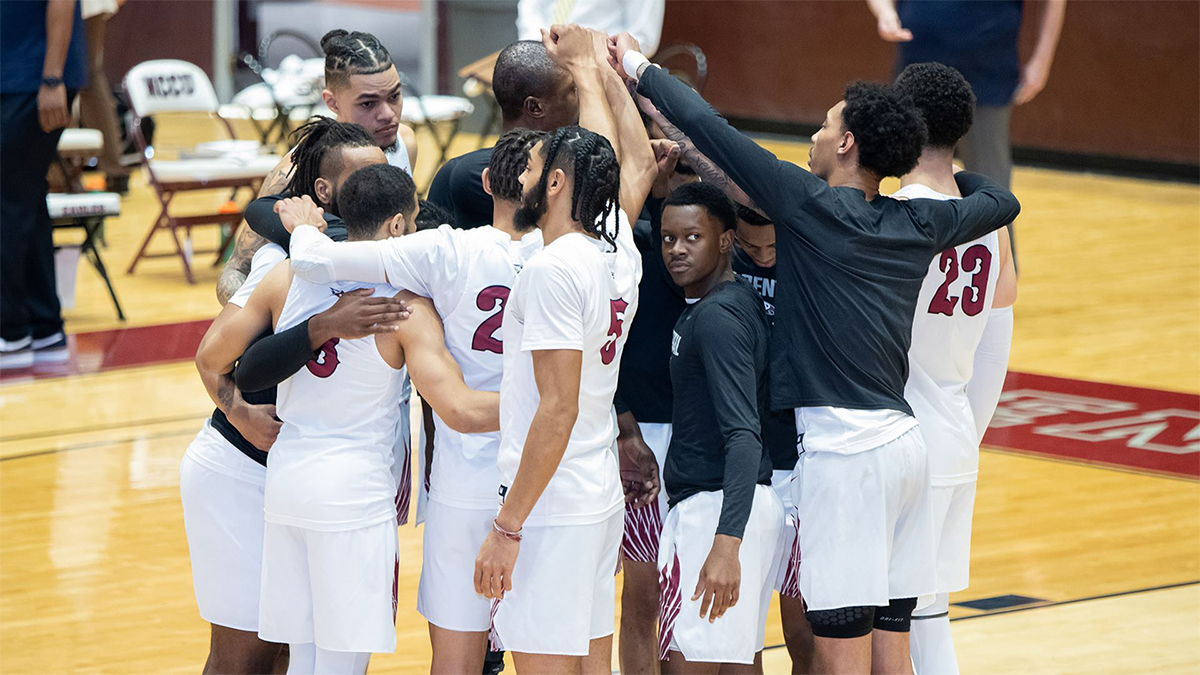 North Carolina Central has released its 2021-2022 schedule as it looks to rebound from a disappointing 2021 season.

DURHAM, N.C. – After playing the fewest amount of games in a season in 84 years, the North Carolina Central University men’s basketball program has announced a return to a full slate of action with 30 games on the docket for the 2021-22 campaign.

The schedule is comprised of 16 non-conference games, and 14 Mid-Eastern Athletic Conference contests where each school will play the other twice.  The Eagles will host a total of 12 games inside McDougald-McLendon Arena.

The season will begin with four consecutive road games, starting on Nov. 9 at Richmond for the first time in program history.  Following that, NCCU will visit Memphis on Nov. 13 for the first time since 2014, and then return to Iowa for the second consecutive season on Nov. 16.  The Eagles will close the season-opening road trek against another first-time opponent, Alabama State, on Nov. 20.

North Carolina Central will turn the lights on in The Nest for the first time on Nov. 23 when it hosts Warren Wilson to start a brief two-game home stand.  The Eagles finish the set with Apprentice School on Nov. 27.

The Eagles then embark on a four-game trip; at Gardner-Webb on Nov. 29 for the first half of a home-and-home series, at USC Upstate on Dec. 1, at UNC Asheville on Dec. 4, and at The Citadel on Dec. 6.  NCCU will play its final home games of the calendar year on Dec. 9 against Carver, and Dec. 15 against Gardner-Webb.  NCCU then starts a marquee game road trip, first by heading to Newark, New Jersey to battle Hampton for the first time since the 2016 MEAC Tournament Championship in the inaugural Invesco QQQ HBCU Legacy Classic on Dec. 18.

The Eagles will then close December in its first appearance at the Don Haskins Sun Bowl Invitational in El Paso, Texas on Dec. 21 and 22.  The Eagles will take on the hosts, UTEP, on Dec. 21, and then play either Bradley or Sam Houston State to conclude the event on Dec. 22.

The 2022 MEAC Tournament will be held at Scope Arena in Norfolk, Virginia from March 9-12.