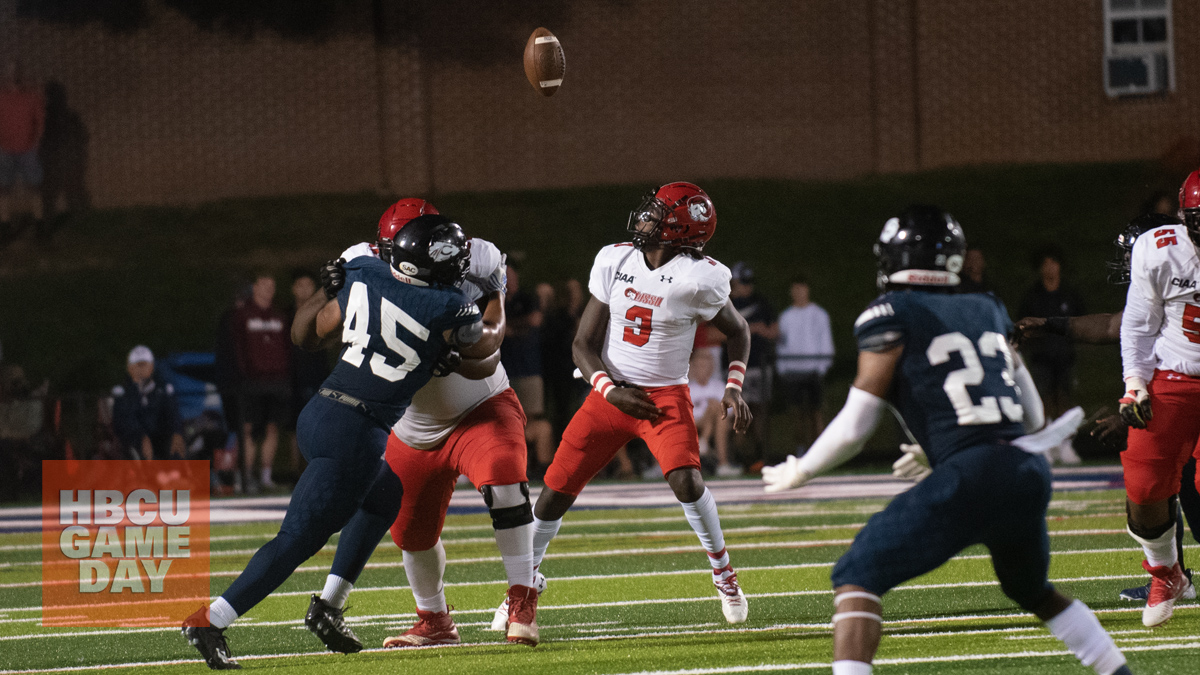 The Winston-Salem State Rams were rusty on Saturday night in Salisbury, and it showed in a three score loss.

SALISBURY, NC — Winston-Salem State took the field for the first time in over 600 days on Saturday night, and like many other teams this year, it showed.

A collection of penalties and a costly turnover along with the inability to get the ball in the end zone resulted in a 28-6 loss at Catawba.

WSSU committed 11 penalties for 82 yards on the night while failing to get into the end zone. An interception by lineman Mike Jones was returned 77 yards for a score that effectively put the game out of reach. That score came with 12:02 remaining in the fourth and WSSU’s offense remained stuck in neutral for the remainder of the game.

WSSU interim head coach Robert Massey said that while he wasn’t pleased or satisfied with the loss, there were some good things to take away.

“We saw some good things in this game,” Massey said. “The penalties again — obviously, when you throw an interception for a touchdown, that hurts — but those things we can correct. So we don’t feel bad. We hated the score was what it was, but again, we saw some things we can deal with.”

One of the things that Massey will have to deal with is figuring out who his no. 1 quarterback is. Senior Dominique Graves got the start before East Tennessee State transfer Cameron Lewis got a significant portion of snaps in the game. Neither player lit it on fire, but the offense did have more of a rhythm with Lewis calling the signals. He completed 8-of-18 passes for 76 yards and also led the Rams in rushing with 47 yards.

Massey says he’s taking a wait-and-see approach, but he acknowledged Lewis as the clubhouse leader.

“We felt Dom was the reigning starting quarterback, but we needed somebody to push him,” Massey said. “I think that’s what Cam has done. Now, Dom is injured, we’ll see what’s going on with him tomorrow. But right now Cam looks good and he’ll be able to start.”

WSSU averaged five yards per rush but was just 2-for-11 on third-down conversion attempts.

Things won’t get any easier for Winston-Salem State next week as it travels to Durham to play former CIAA rival and current FCS member North Carolina Central.