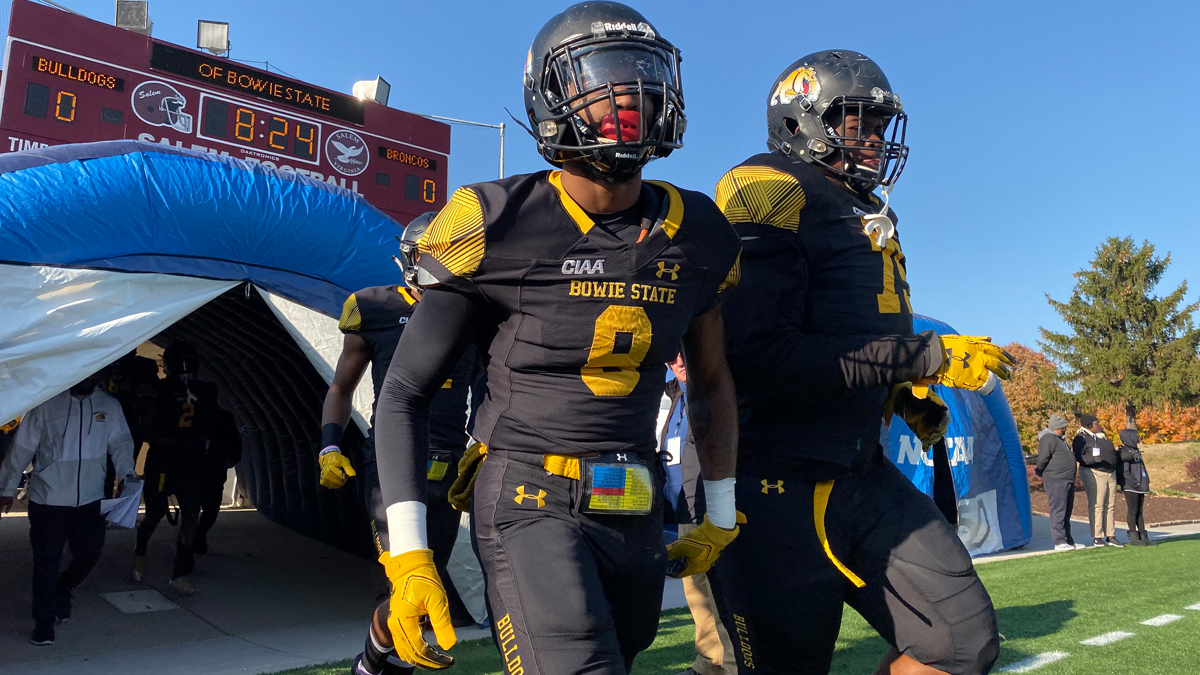 Bowie State is ready to return to the football field in its season opener against Delaware State and pull off a D1 upset.

BOWIE, Md. – The No. 18 Bowie State University football team will return to the gridiron for the first time since Nov. 23, 2019 on Saturday, Sept. 4 when the Bulldogs travel to face FCS and NCAA Division I Delaware State University. Kickoff is slated for 4 p.m. from Alumni Stadium.

Live coverage will be available on the ESPN +, fans can click here for game information.

The Bulldogs who were recently ranked No. 18 in the American Football Coaches Association (AFCA) for Division II return 30 letter winners from 2019, including seven starters on both offense and defense. BSU will see an influx of talent after the 2020 season was canceled. Notably, senior quarterback Ja’rome Johnson (Washington, D.C.) returns after starting in 12 games in 2019. He completed 131-of-225 passes for 1,860 yards and 22 touchdowns which tied for first in the CIAA. Johnson also led the team in rushing yardage with 996 and 12 TD’s.

Defensively, the Bulldogs return a bulk of their core from 2019 led by redshirt junior and defensive lineman Joshua Pryor (Baltimore, MD) and junior defensive back Demetri Morsell (Upper Marlboro, MD). Pryor posted a team-high 70 tackles and 13 sacks – league best in 12 games while Morsell led the conference in interceptions (9), scoring three TD’s as the league’s Defensive Player of the Year.

Head coach Damon Wilson will begin his 11th season at the helm of the Bulldogs football program.

Delaware State competed in five games during the spring to produce a 2-3 mark. The Hornets ended their short season 2-2 in MEAC play, having lost its last two games. DSU’s starting quarterback, Jared Lewis recorded 510 yards on 43 passes and seven touchdowns while Trey Gross scored five TD’s on 17 receptions (248 yards) at the receiver slot.

Defensively, Kamari Jackson and Esaias Guthrie are players to watch as both ranked first and second in total tackles during the spring at 26 and 24, respectively.

Delaware State is led by Rod Milstead in his third season.