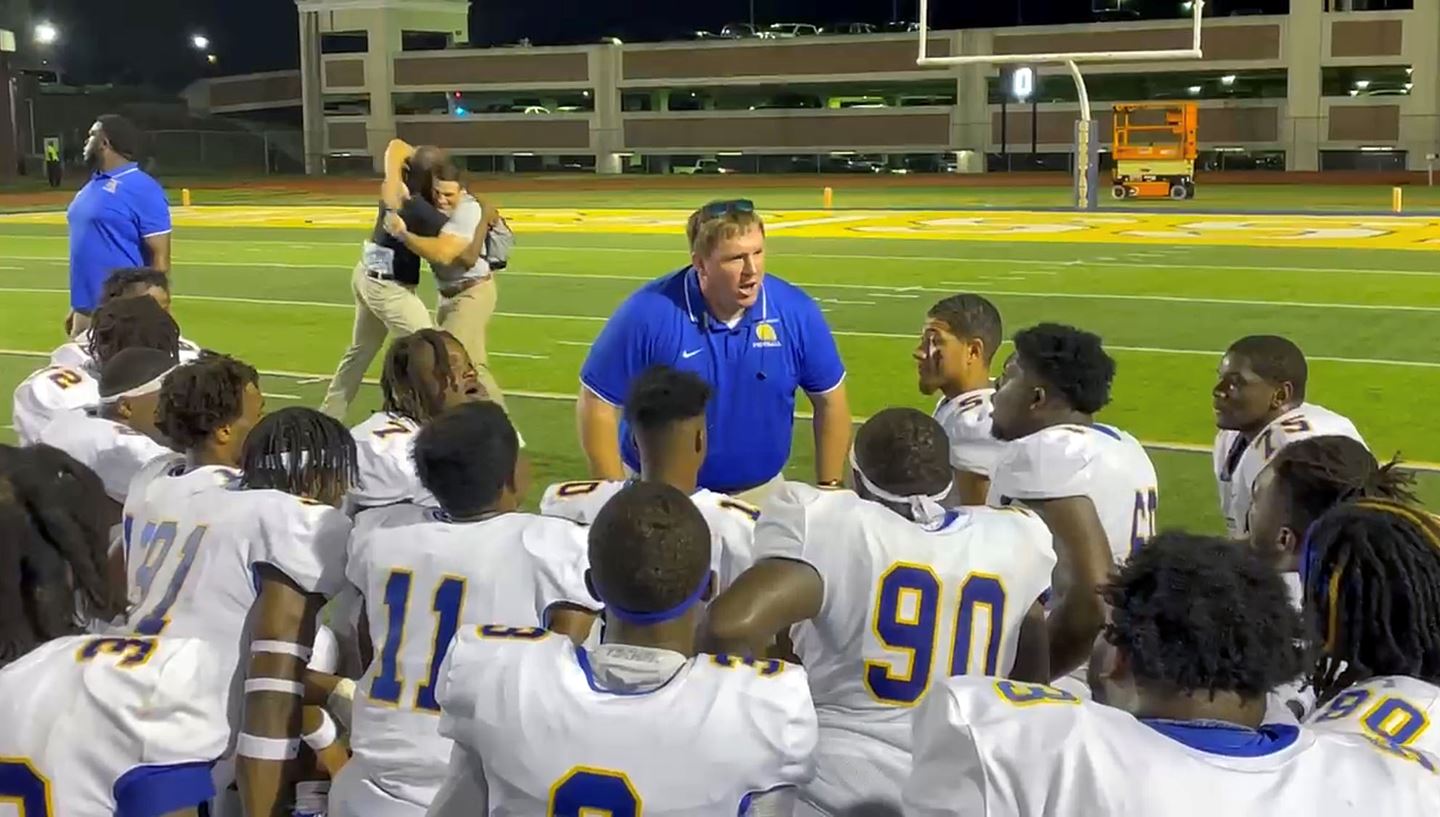 Albany State went into Mississippi as underdogs and will head back home 1-0 with a non-conference victory.

CLINTON, MISS – Coach Gabe Giardina and the Albany State Rams were underdogs coming into Robinson-Hale Stadium, but after kickoff it was all Albany State.  ASU got on the scoreboard and took a 7-0 lead.  Before the half, the Rams would add another touchdown to go into the half at 14-0.

The third quarter would be more of the same as the Golden Rams defense held the Choctaws at bay, while the offense continued to churn behind the running game led by Kam Ward with.  Gabe Ballinas nailed a field goal putting ASU ahead 17-0.  The Rams would add one more score to put the exclamation point on the win and churn down the clock to secure the win.  Defensively the shutout was the result of a solid team defensive effort.

Giardina saw some fight in the ASU team.  “The kids played really hard!  This was the ultimate team win.  We had to play a lot of guys and had a ton of guys to step up and make plays.  We are really, really proud of all three phases our team displayed tonight,” Giardina said.

The Rams will have nine days off to prepare for the home opener on Sept. 11 against Shorter College at the Albany State University Coliseum in a 7PM kickoff.