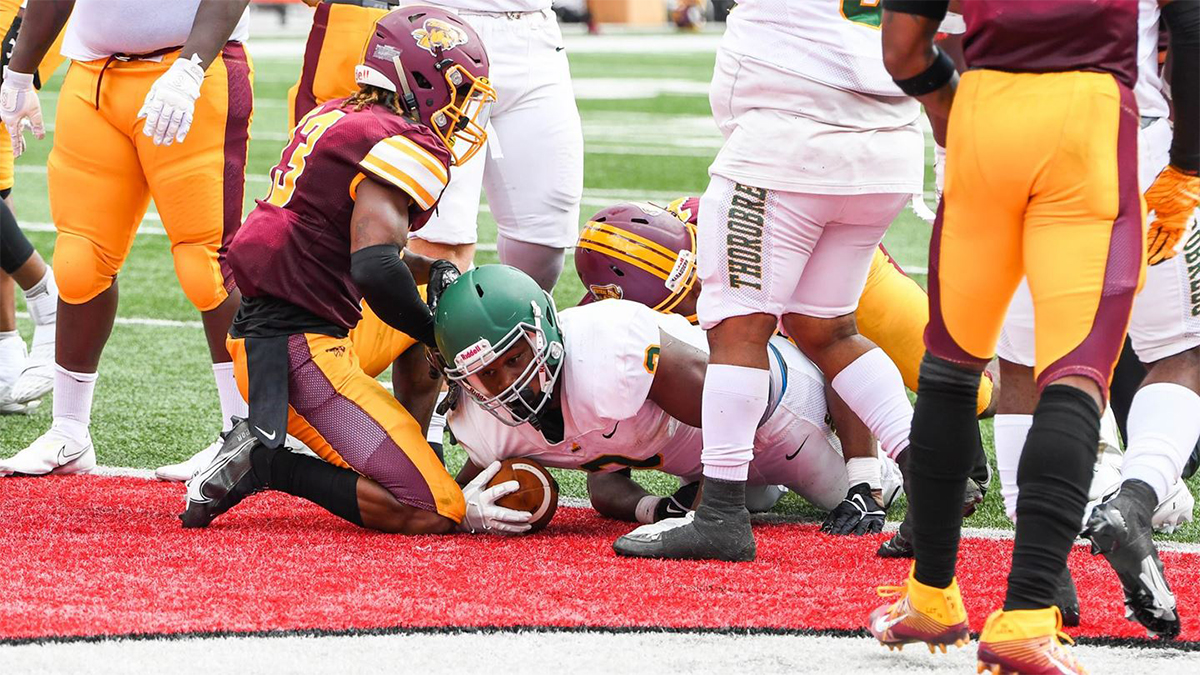 Kentucky State pounds way to win in Classic for Columbus

Kentucky State came into Ohio and made a statement with a season-opening win over Central State in the Classic for Columbus.

Kentucky State University will return across state lines with a trophy in its back pocket as it came up with a solid win over SIAC West rival Central State. KYSU beat CSU 20-6 at Ohio Stadium in the Classic For Columbus to kick off its 2021 season.

Kentucky State controlled possession of the ball with a total of 33:53 minutes in the game, rushing for 322 yards and two scores for the win. The first score came late in the first quarter as Brett Sylve put up the first touchdown of the season on a six-yard run with two minutes remaining in the first quarter, giving his team a 6-0 lead.

The second KYSU touchdown would come courtesy of a Central State mistake. A fumble near its own end zone by CSU resulted in a four-yard scoop and score that gave KYSU a 13-0 lead heading into the half.

The Marauders would make it interesting early in the fourth quarter, however, coming up with a score on a nine-yard pass from Jacoby Smith to Justin Olibrice to cut the lead to 13-7.

The game would be sealed on a 39 yard scoring scamper from Kendon Walker with 5:19 remaining.

Christopher Coneway led the potent KYSU rushing attack with 93 yards on 13 attempts. Walker ran for 86 yards on just eight attempts. Sylve gained 72 yards on 13 carries. KYSU only attempted four passes all night, and one of those was picked off.

Central State’s Demonte Dunlap also had an impressive night on the ground, rushing for 122 yards on 15 attempts, including a 42-yard run. CSU had three players attempt at least one pass, but completed just 10 of 26 attempts and they were sacked seven times.

Kentucky State pounds way to win in Classic for Columbus