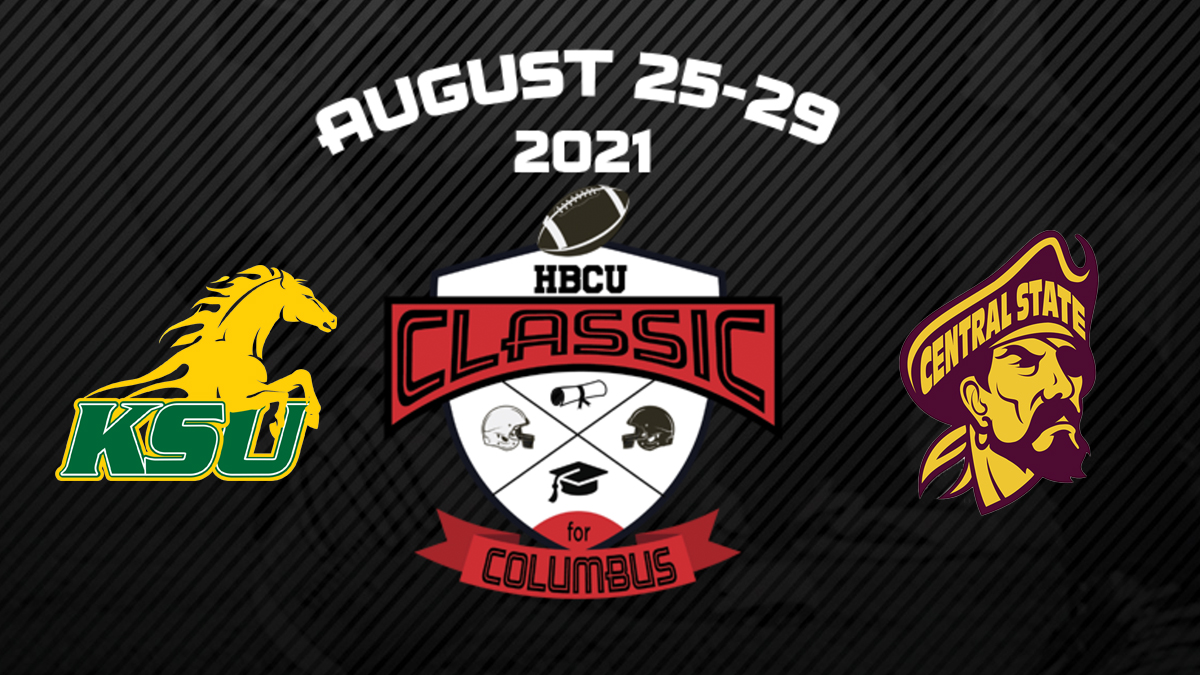 Why Ohio State is hosting an HBCU football classic

Why are Central State and Kentucky State playing at The Ohio State University instead of at home or in a pro stadium?

Two historically black universities — Central State (OH) University and Kentucky State University — are set to open their 2021 season at the home of Ohio State football. The question many people are asking is why would these two, Division II HBCUs take their game to another university’s campus. The answer is multi-pronged.

Organizers say that the Classic For Columbus (CFC) will be a weeklong celebration of educational, existential, cultural and entertainment events that complement a rivalry football game showcasing Historically Black Colleges and Universities (HBCUs). They expect $300,000 to be raised in scholarship money for the participating universities, something that likely would not have happened had the August 28th game been on either campus.

The game was originally slated to take place at Historic Crew Stadium in Columbus. But COVID-19 restrictions limited the 20,000 seat field. Enter “The Horshoe,” home to The Ohio State University’s football program. The stadium has a capacity of over 100,000.

But its clear that the scholarship dollar numbers are most important.

“The scholarship dollars generated from the entire week are so beneficial to so many people, and that’s why we embraced it,” OSU athletic director Gene Smith told the Columbus Dispatch. “We’re going to do everything we can to host Central State and Kentucky State as best we can in The Shoe and make sure those student-athletes, first and foremost, have a quality experience in the game.”

OSU has been a part of the planning for the Classic For Columbus for a while. The Ohio State University graduate school of sports marketing drafted a plan to make the classic the most diverse classic in the country.

“We’re going to do it by attracting 15 percent non-African Americans,” organizers said at the press conference on Thursday. “The days of seeing only African-Americans at an African-American coffer event are done.”

Shannon G. Harding is the Columbus City Council President. As a Morehouse alumnus, he’s looking forward to the game having success.

“If you’ve never experienced an HBCU football game and its festivities, we encourage you to come out and enjoy this experience,” he said in a message during the press conference. “And if you have, then we welcome you back.”

This classic was birthed in the early 1990s and was there through 1996. It was then rebranded as the Ohio Classic and spent time in Cleveland and Cincinnati. It has been on a 16-year hiatus.

New Central State President Dr. Jack Thomas is an Alabama native, and he said he knows a thing or two about classics. And he’s hoping that this classic can turn into a consistent one.

Certainly, the “Classic for Columbus” is not “The Bayou Classic” or “The Magic City Classic,” but that doesn’t mean it doesn’t have a purpose. Both universities will have the opportunity to get their brands out in front of thousands of prospective students and parents, as well as garner six-figures in scholarship monies for them. The classic will also shine a light on both institutions in terms of media coverage. That’s something that any HBCU, much less two Division II HBCUs, has to take advantage of.

Why Ohio State is hosting an HBCU football classic