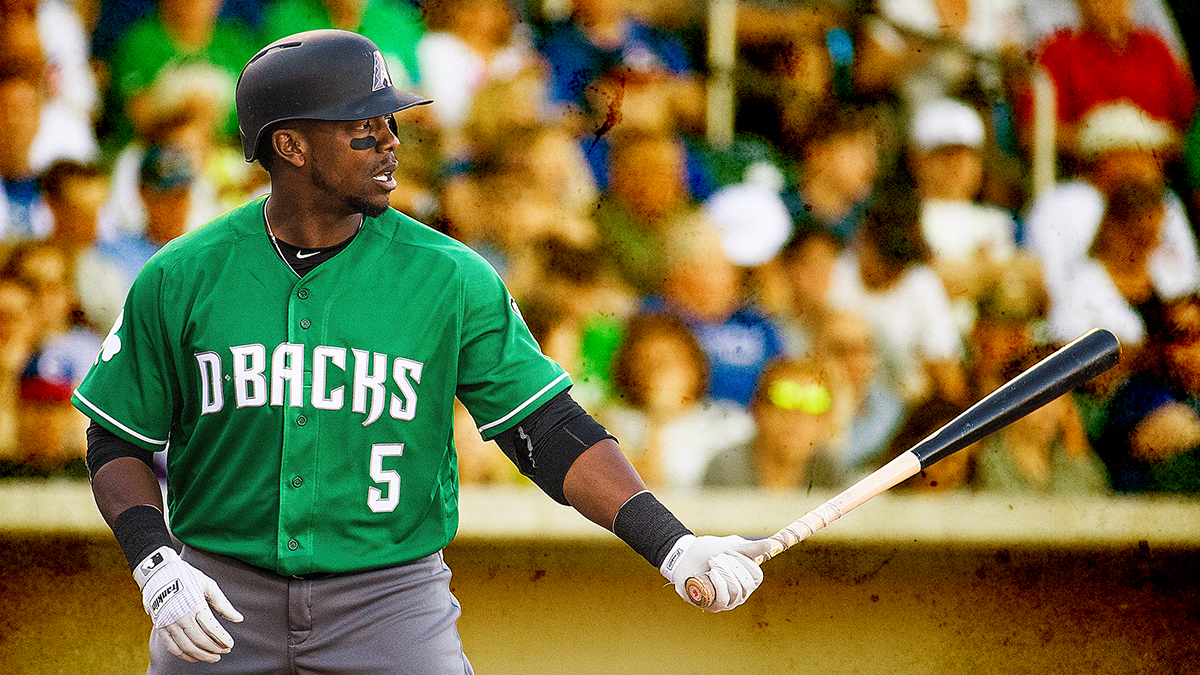 Southern University legend Rickie Weeks has been selected to the Louisiana Sports Hall of Fame Class.

NATCHITOCHES, LA — Southern University Legend Rickie Weeks has been selected to the Louisiana Sports Hall of Fame Class of 2021. Saturday night, August 28, he’ll step into the Hall with the rest of the Class of 2021. Weeks will become the twentieth member from Southern University and the first since the induction of former standout and legendary coach Roger Cador in 2019.

The Class of 2021 will be enshrined Saturday, August 28, in Natchitoches to culminate the 62nd Louisiana Sports Hall of Fame Induction Celebration August 26-28. For information about the Aug. 26-28 LSHOF Induction Celebration, and participation opportunities, visit LaSportsHall.com or call 318-238-4255.

A prolific collegiate hitter, the former Southern University All-American set two NCAA records that are still on the books heading into the 2022 season – Division I career batting average (.465) and career slugging percentage (.927). The Florida native played for ABCA and Louisiana Sports Hall of Fame coach Roger Cador from 2001-03 before embarking on a 14-year major league career after being drafted second overall in 2003 by the Milwaukee Brewers. That year, Weeks was the Baseball America Player of the Year and he won the Golden Spikes Award and Dick Howser Trophy as the nation’s top player after leading Division I for the second year in a row with a .479 average while driving in 66 runs. He was also the SWAC Player of the Year and Most Outstanding Hitter. As a sophomore in 2002, he led D-I while hitting at a .495 clip with 96 RBIs after batting .422 with 70 RBIs as a freshman in 2001. He led the nation in slugging percentage in 2002 (.995) and ’03 (.933). For his career, Weeks, who played center field as a freshman and second base the next two seasons, appeared in 160 games and was 254 for 546 at the plate (.465) with 232 RBIs in leading the Jaguars to NCAA tournament appearances in each of his three seasons.

“I would like to congratulate Rickie Weeks on being selected to the Louisiana Sports Hall of Fame, we are very happy for him and his family” Southern University Director of Athletics Roman Banks said “Rickie is very deserving of this great honor as he has served as an outstanding role model and ambassador for SU and had an outstanding career.”

The 2021 Induction Class will be showcased in the Louisiana Sports Hall of Fame Museum, operated by the Louisiana State Museum system in a partnership with the Louisiana Sports Writers Association. The striking two-story, 27,500-square foot structure faces Cane River Lake in the National Historic Landmark District of Natchitoches and has garnered worldwide architectural acclaim and rave reviews for its contents since its grand opening during the 2013 Hall of Fame induction weekend.

The eight new competitive ballot inductees will raise the total of Hall of Fame members to 358 competitors honored since the first induction class —  baseball’s Mel Ott, world champion boxer Tony Canzoneri and LSU football great Gaynell Tinsley — were enshrined in 1959 after their election a year earlier.

Also to be spotlighted next summer will be three other Hall of Fame inductees, the winner of the 2021 Dave Dixon Louisiana Sports Leadership Award, and recipients of the 2021 Distinguished Service Award in Sports Journalism presented by the LSWA. Those inductees from contributor ballots will be announced later this year.

The complete 11-person Class of 2021 will swell the membership in the Hall of Fame to 456 men and women, including 358 from the competitors’ ballot.

The 2021 Induction Celebration will kick off Thursday, August 26, with a press conference and reception. The three-day festivities include two receptions, a free youth sports clinic, a bowling party, and a Friday night riverbank concert in Natchitoches. Tickets for the Induction Dinner and Ceremony, along with congratulatory advertising and sponsorship opportunities, will be available early in 2021 through the LaSportsHall.com website. Anyone can receive quarterly e-mails about the 2021 Induction Celebration and other Hall of Fame news by signing up on the LaSportsHall.com website.

Adding to the 350 sports competitors currently enshrined, 19 winners of the Dave Dixon Louisiana Sports Leadership award and 64 recipients of the Distinguished Service Award in Sports Journalism,  there are 433 current members of the Hall of Fame before this winter’s 2020 inductions.

The 2021’s Induction Celebrations will be hosted by the Louisiana Sports Hall of Fame Foundation, the support organization for the Hall of Fame.  The LSHOF Foundation was established as a 501 c 3 non-profit entity in 1975 and is governed by a statewide board of directors.  For information on sponsorship opportunities, contact Foundation President/CEO Ronnie Rantz at 225-802-6040 or RonnieRantz@LaSportsHall.com.  Standard and customized sponsorships are available.