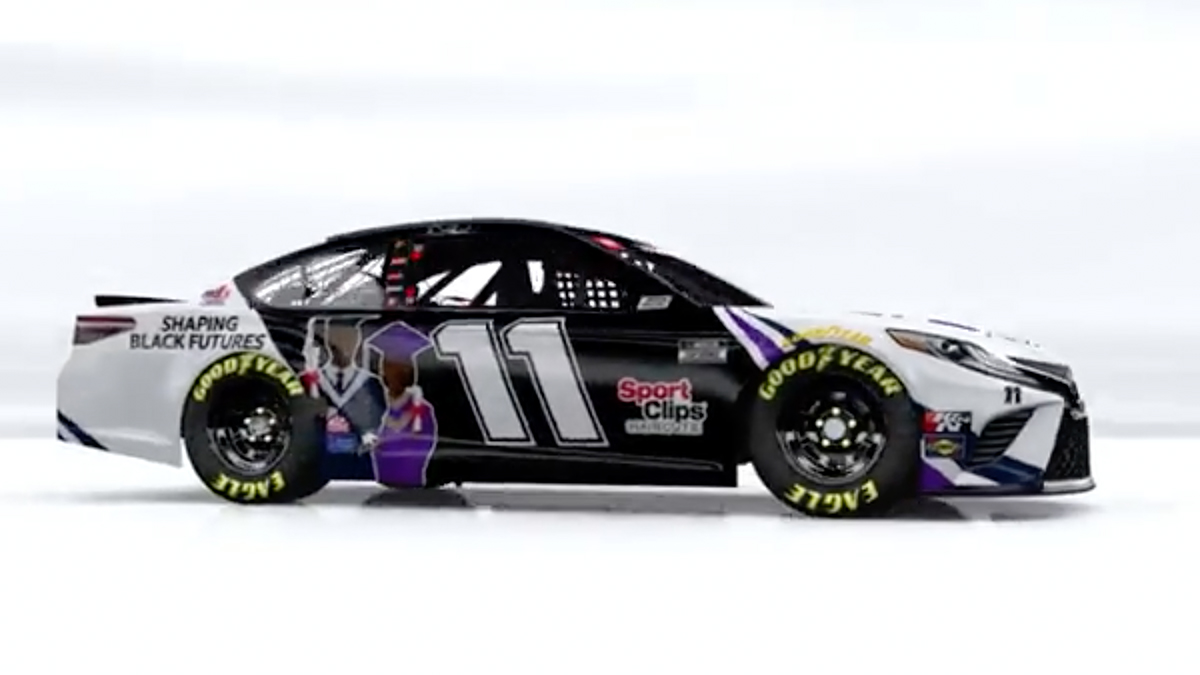 NASCAR driver Denny Hamlin will drive a Toyota with an HBCU-themed paint job that will have four HBCU logos.

When NASCAR superstar Denny Hamlin takes off for the Daytona Cup this weekend, he will have four HBCUs riding with him.

Hamlin will drive a Fed-Ex sponsored #11 Toyota that will have an HBCU-themed paint scheme. It will also feature the logos of four HBCUs: Tennessee State, LeMoyne-Owen, Mississippi Valley State and Jackson State. “Shaping Black Futures” will be on the quarter panel.

“It’s about showing support to these HBCU campuses,” Hamlin said in a video released by Fed-Ex. “Because, ultimately, that’s how we make change, right?”

The announcement was made via a video conversation that also featured black NASCAR driver Bubba Wallace as well as Tennessee State head coach Penny Collins and Jackson State Director of Athletics Ashley Robinson. Hamlin also acknowledged the sport has a long way to go to connect with a more diverse audience.

“It will be decades before we really get to a place that we want to be,” he said. “And it all starts with kids. How can we get African-Americans kids excited and interested in NASCAR. How can we make them feel welcomed when they go to their local short-track?”

“All the scholarships and all of the things that they’ve been doing — endowed scholarships at Jackson State University — were very helpful in the continuing support continues to upgrade the education for students.”

Wallace has been a mentor to Rajah Caruth, a sophomore at Winston-Salem State University who is currently working towards his goal of competing in NASCAR’s Cup series. Denny Hamlin also gave him a good ribbing at the end of the video.

“That’s the side of the car Bubba will see,” Hamlin said, pointing towards the back where the four logos are located.