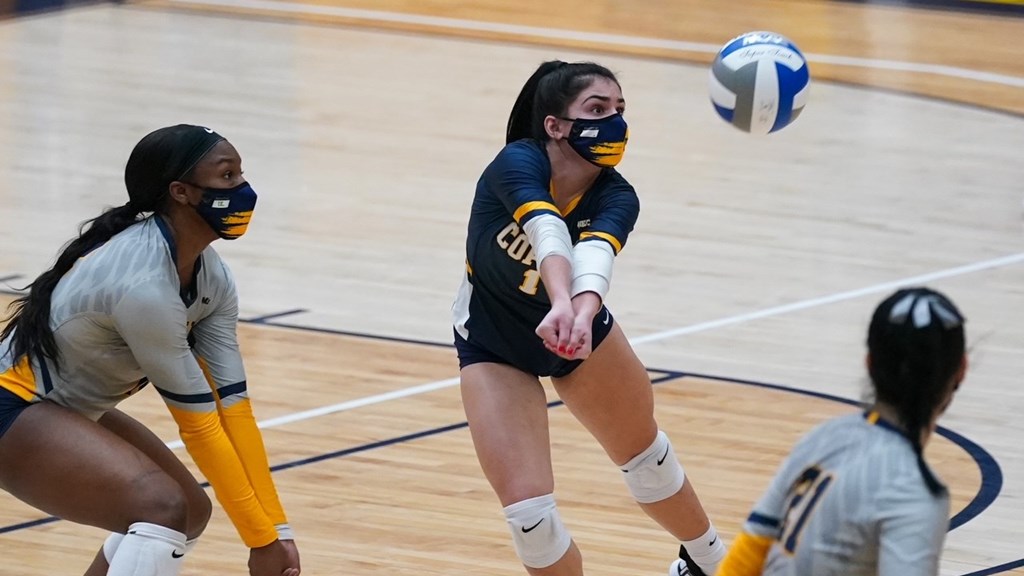 Coppin State, led by preseason player of the year Ashley Roman, is predicted to win the 2021 MEAC volleyball crown.

NORFOLK, Va., Aug. 10, 2021 – Coppin State junior libero/defensive specialist Ashley Roman was selected as the Mid-Eastern Athletic Conference (MEAC) Volleyball Preseason Player of the Year, presented by TowneBank, the conference announced. The Eagles were also selected as the preseason favorite to win the conference.

Roman, the 2020 MEAC Defensive Player of the Year, was key in Coppin State winning the Northern Division regular-season title and advancing to the title match of the MEAC Volleyball Championship this past season. She led the conference and ranked 19thnationally in digs with 5.54 per set.

In conference play, that average was 5.31 per set.

Roman had 32 digs twice this past season, matching the program record for most digs in a single match, and she recorded at least 20 digs in 10 of the Eagles’ 16 matches.

Coppin State, which at 11-5 notched its first-ever winning season in 2020 and made its first MEAC title match appearance since 2013, was chosen as the preseason favorite with eight first-place votes and 115 points.

Norfolk State and South Carolina State rounded out the predicted order of finish.

The 2021 season is currently scheduled to begin the weekend of Aug. 27-29, with the 2021 MEAC Volleyball Championship taking place in Howard University’s Burr Gymnasium Nov. 19-21. All eight teams will compete in the championship.