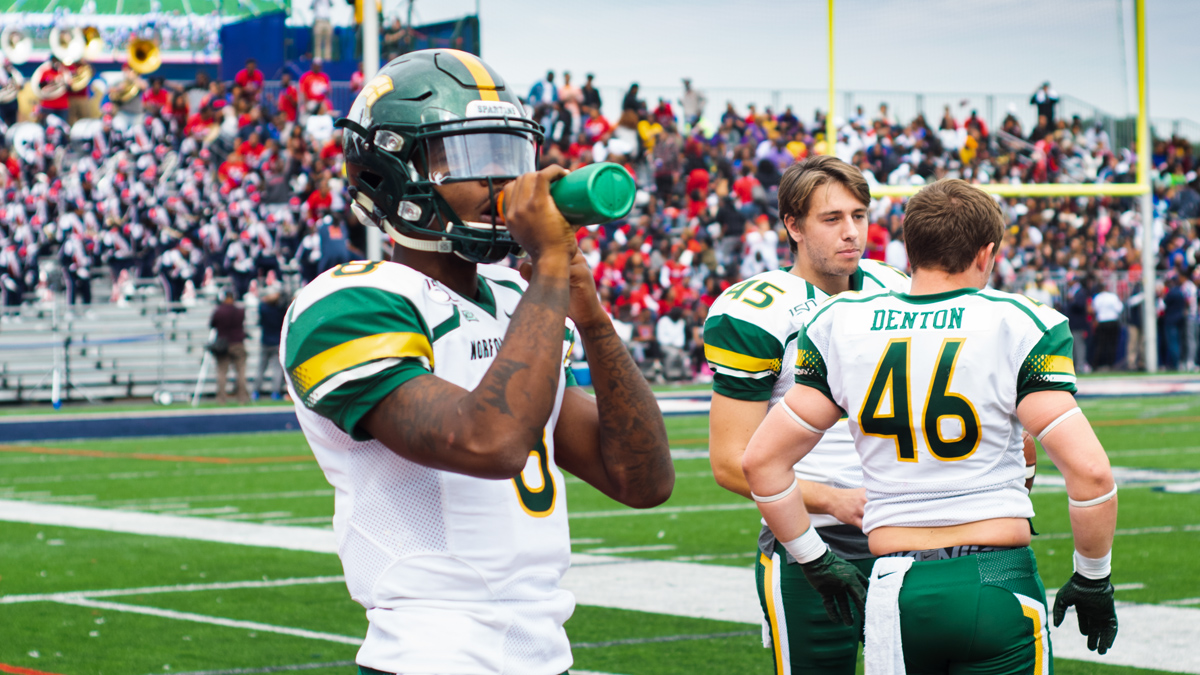 NORFOLK, Va. – Norfolk State quarterback Juwan Carter was named Wednesday to the preseason watch list for the Walter Payton Award, presented annually to the national offensive player of the year in the Division I Football Championship Subdivision (FCS).

The preseason watch list is composed of 35 players and can be revised during the season. The Payton Award, given by Stats Perform, is presented prior to the FCS national championship game in January.

Carter, a senior entering his fourth year as the Spartans’ starter, is one of 15 quarterbacks on the initial list. Last week, Carter was named the preseason MEAC offensive Player of the Year. A 2019 All-MEAC second-team pick, led the conference that year with 2,632 passing yards, 2,856 yards of total offense and a 60.6 completion percentage. His 23 touchdowns were the most by a Spartan quarterback in the Division I era and he added six rushing touchdowns, as well.

A three-time MEAC Offensive Player of the Week as a junior, Carter recorded three 300-yard passing games in 2019. He threw at least one touchdown pass in all 11 games that he completed.

Juwan Carter is the only MEAC player to make the initial Payton Award watch list. Quarterback Cole Kelley of Southeastern Louisiana won the award last year and is also on the preseason watch list. Other past winners include Steve McNair, Tony Romo, Jimmy Garoppolo and Trey Lance.