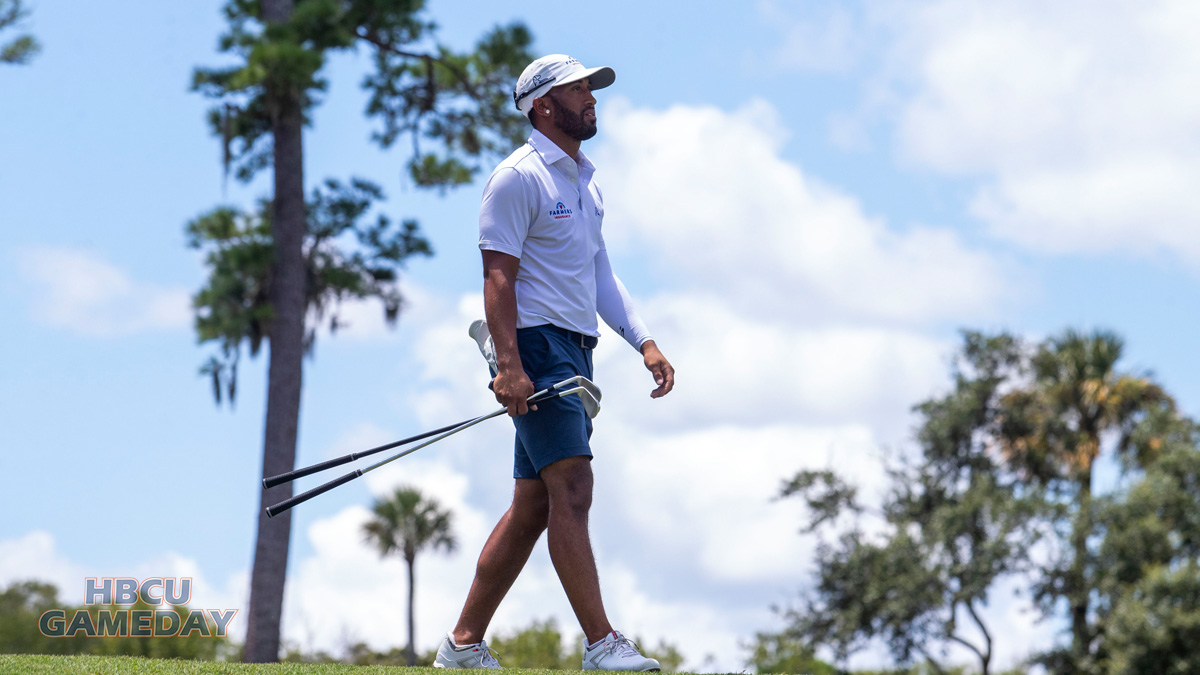 Willie Mack III has been the most successful golfer on the APGA Tour.  He emphasized that with a two-day wire-to-wire win at the Inaugural Billy Horschel Invitational presented by Cisco.  Mack tallied -6 for the tourney, earning the top prize of $25,000 in the process.  The $80,000 purse this week was the largest in APGA Tour history.

The Bethune-Cookman alum fended off a late surge by Troy Taylor II, who was tied with Mack through 15 holes, with a bride on the par-five 16th hole.

Taylor, a Michigan State alum,  would fall back a bit over the last stretch, but still perform well enough to secure a second place finish at -2.  Marcus Byrd, of Middle Tennessee State,  took third place with a -1.  Mahindra Lutchman, a graduate of Florida A&M and Kamaiu Johnson finished tied for fourth with a final score of +2.

Horschel, the tournament’s visionary and engine behind the event, enjoyed personally attending both rounds of the tournament, as well as player development initiatives that were presented to the players.

“The goal of this was to give these guys the connections in the business world that could possibly help further their career and hopefully make it to the PGA TOUR one day, but also create the friendships that if golf didn’t happen to pan out, these guys had connections with people in the business world that could help them on their next journey in life.  These guys got a lot of talent and all they really need is a little bit of mentorship and some financial backing, and I think we’re going to see, hopefully in the next 5, 10 years a lot more minorities out on the PGA TOUR, which would be a great thing for the game of golf,” Horschel said.

Adrian Stills serves as the APGA Director of Player Development.

“Unprecedented,” was Stills’ simple answer to the question about the sport of golf making the outreach efforts for diversity through the various channels it supports.

“In an effort to try to hone the skills of these guys we’re getting some technology and different things. With that, they are able to see their strengths and weaknesses and identify them.  The second step is to get them to play more top quality golf courses.  This past year was fantastic.  We played four TPC golf courses, Valhalla and the Stadium Course here.  Our schedule is fantastic.  There’s no substitution for getting better in competitive golf other than competitive golf,” Stills said.

Since 2010, the Advocates Pro Golf Association was established to enhance and foster minority golf through competition and development.  Additionally, the APGA  has a PGA-sanctioned tour where players are selected to participate in PGA Tour tournaments.

In 2020, the APGA released its first-ever collegiate rankings.  Mulbe Dillard, who finished 10th at the tournament was the initial and final year No.1 ranked player by the APGA.  In all, four of the top five golfers, including Cameron Riley, participated in the tournament.

The “Billy Ho” tournament as it is affectionately known, was held at the TPC Sawgrass in Ponte Vedra Beach, Fla.  It is one of the most iconic courses the PGA Tour plays on annually.  Probably only second to Augusta National, sight of the Masters.

With this victory, Willie Mack becomes the all-time wins leader on the APGA Tour.  He has had sponsors exemptions to PGA Tour events including the RMC and Pebble Beach Pro-Am.  He has won seven titles on the APGA.

The PGA TOUR has shown a commitment to racial equity and inclusion. As part of the plan announced at THE TOUR Championship, the TOUR is pledging at least $100 million over the next 10 years to support nonprofit organizations whose services directly address the inequities and disparities that affect African-American citizens as well as underrepresented and underserved populations in the communities in which tournaments are conducted.

There isn’t another professional sport coming close to the outreach efforts of the PGA Tour.  The dedication by the PGA Tour, PGA of America, APGA and various sponsors to grow the game of golf makes it a great time of opportunity for minorities to pursue the game.

“This is a great game for everybody,” Stills said. “What we’ve been able to do and the partnerships with people like Billy Horschel, the PGA Tour and PGA of America, we’re giving guys opportunities that they probably never would have had the chance to experience.”