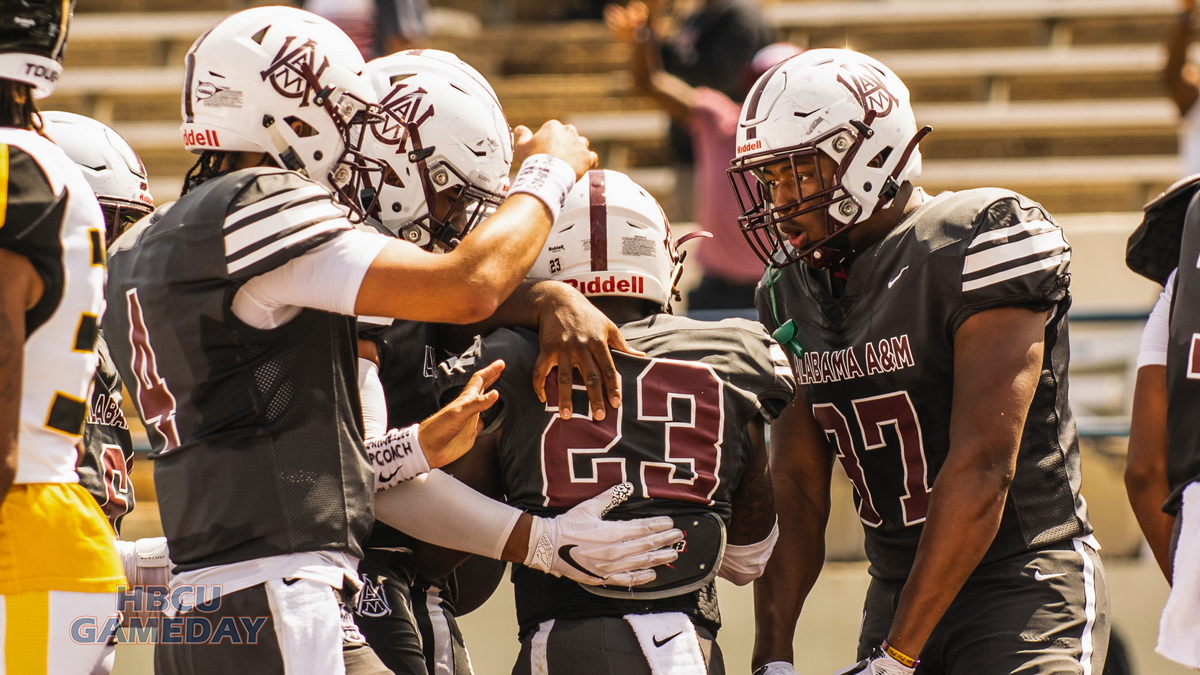 Alabama A&M to have 60 percent of games on ESPN

Alabama A&M will have just 10 football games this fall, but six of them will be featured on the ESPN family of Networks.

HUNTSVILLE, Ala. – Following a season that featured a national championship, Southwestern Athletic Conference (SWAC) title and first undefeated campaign in 53 years, Alabama A&M Athletics has announced a full 10-game football schedule for Fall 2021 that includes six games on the ESPN Family of Networks.

The Department had previously released the five contests that will be played at 21,000-seat Louis Crews Stadium, beginning on September 4 as the Bulldogs host South Carolina State in the Louis Crews Classic. From there they will hit the road to take on new SWAC member Bethune-Cookman in Daytona Beach, Florida on Thursday, September 16 with that game slated to be televised live on ESPNU.

The first of three road games, A&M then travels to Mobile, Alabama to take on Division II Tuskegee in the Gulf Coast Challenge on September 25. They will wrap up that stretch with a trip to Ruston, Louisiana when they take on Grambling in their SWAC opener on October 2.

That will be the first of four straight games on to be aired by the ESPN Family of Networks, including back-to-back home games, making it the first time in a decade the network has come to Louis Crews Stadium. That stretch will kickoff with Homecoming against Deion Sanders Jackson State squad on October 9 before the Bulldogs welcome the other new SWAC member, Florida A&M, to Huntsville a week later.

Two weeks later will see the biggest game on the schedule as Alabama A&M and rival Alabama State collide in the Fall 2021 Magic City Classic on October 30 in Birmingham, Alabama. That will cap that four-game televised run with an appearance on ESPN3.

A home date with Mississippi Valley State on November 6 kicks off a home stretch that will include a trip to Texas Southern on November 13 and the regular-season finale against Arkansas-Pine Bluff in a rematch of the Spring 2021 SWAC Championship Game on November 20. That game at TSU will round out the six games to be carried on ESPN’s channels.

Two weeks later on December 4 the league will decide its Fall 2021 champion with the SWAC title game being played on the campus of the higher-seeded division champion.

The FCS season will then conclude with the champions of the SWAC and Mid-Eastern Athletic Conference (MEAC) meeting in the Cricket Wireless Celebration Bowl at 11 a.m. Central on December 18 at Mercedes Benz Stadium in Atlanta, Georgia.

Not only will that game kickoff bowl season and be aired world-wide on ABC, it will also determine the Fall 2021 Historically Black College or University (HBCU) National Champion, a title that Alabama A&M is seeking to defend following their tremendous Spring 2021 campaign.

Fans can purchase tickets for the traditional Fall 2021 season online at www.AAMUTix.com and contact the ticket office at (256) 372-7254.

They can also follow all the news on Alabama A&M football on www.AAMUSports.com. To get the latest information on all of Bulldog Nation or just the sports you want when it hits, sign up for E-Updates under Fan Central and it will come straight to your phone and inbox.

Alabama A&M to have 60 percent of games on ESPN